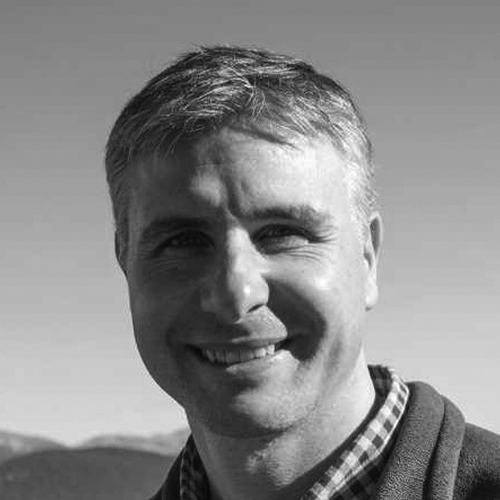 Serra Húnter Professor of Sociology at the Faculty of Economic and Business Sciences at the University of Girona and director of the Catalan Observatory for Ethics in Artificial Intelligence.

The population’s digitalisation does not take place at the same pace for everyone: young people are better able to acquire digital skills than older people. Intergenerational learning can benefit people with less digital training and knowledge and, in turn, strengthen the relationships between young and old, break down barriers and dispel negative stereotypes between generations.

Bridging the digital divide is one of the United Nations Sustainable Development Goals (SDG 9). Various initiatives have therefore been set in motion to facilitate access to technology through digital literacy programmes and improved internet access. The rationale underlying this goal is that access to and adoption of information and communication technologies (ICTs) and digital skills in contemporary societies can offer multiple benefits to the population at large: access to a larger volume of information, greater connectivity between people or reduced costs in many business sectors and in our daily lives. Therefore, bringing about the population’s widespread participation in the digital world is the best means to tap into and harness the technological and social potential these technologies can provide, especially through the internet.

Nevertheless, we are mindful that the level of digitalisation varies among different population groups, with disparities in terms of levels of accessibility and adoption, especially among different age groups. Generational differences are part of a broader digital divide that brings several factors, besides age, into play. That said, recent studies show that young people are more and more dependent on digitalisation, for example via social media, and are increasingly won over by the benefits of life online, according to one of the conclusions of a global survey carried out by UNICEF and Gallup through the project Changing Childhood.

This study compares the experiences and views of two age cohorts (15 to 24 year-olds, and those aged 40 years and older) to explore where generations diverge or converge in how we live today and to ascertain whether young people see the world differently to how older people see it. Executed during the first half of 2021 in 21 countries on a sample of more than 21,000 people, the survey’s findings reveal that the deepest divide between young and old relates to digital technology, that is, the digital divide.

The survey notes that young people are more likely than those over 40 years old to be online every day. Overall, a median of 77% of young people claim to use the internet daily versus just 52% of older people. In almost all the countries surveyed, young people are substantially more likely than older people to use the internet this often, in part because they rely far more on online platforms than on traditional sources for news and information in general. The reliance on social media marks the greatest divide between generations, as shown by the fact that 45% of young people access these platforms to stay informed, and only 17% of older people do so.

The report not only points to the existence of a generational gap in the use of digital tools, but also reveals that there are different perspectives as regards the benefits and risks from using technologies. For example, young internet users are less concerned about privacy online: only 25% of young people say they are very concerned that their personal information could be collected and shared when they are online, compared with 36% of older internet users.

By and large, the UNICEF and Gallup study shows that, as society becomes more and more digital, we are up against an undeniable reality, that is, the so-called generational digital divide. And generational differences add to and interrelate with the social inequalities of the digital divide. Income, education and social status are determining factors in terms of the availability or quality of internet access and the extent to which its benefits are harnessed, in a world where information is the primary resource. And these differences produce the digital divide in ICT access between young and old, and between rich and poor.

Intergenerational learning between related individuals is conducive to achieving older people’s digital and social inclusion, as well as to fostering greater communication, support, understanding and solidarity between generations.

Mutual learning between young and old

While tech optimists argue that growing numbers of internet users among the older age group could indicate the problem shall go away sooner or later, older people are still limited when it comes to acquiring digital skills on their own. For this reason, besides letting time pass, other measures must be taken, so that the generation gap is resolved. In this regard, apart from research into the level of digital accessibility and adoption, measures are needed that extend beyond the rollout of technology and that take the promotion of social contacts to influence digitalisation into account, either through access to digital resources or through support in the acquisition of digital skills. In this vein, some studies show the advantages of intergenerational digital learning, a pedagogical endeavour that benefits people with less digital knowledge and that, in turn, strengthens existing intergenerational relationships, breaking down barriers and dispelling negative stereotypes between generations.

For example, in a case study executed in Portugal, Azevedo and Ponte (2020) show that intergenerational learning between related individuals is conducive to achieving older people’s digital and social inclusion, as well as to fostering greater communication, support, understanding and solidarity between generations. Other studies, such as the one conducted by Leek and Rojek (2021), through research carried out in different European cities (Berlin, Gothenburg, Madrid and Sheffield), reveal the importance of intergenerational learning between immigrant youth and unrelated adults. It is evident from the study that digital tools can help those who do not have a good command of either ICT or the language and, therefore, intergenerational learning facilitates mutual understanding and helps to break down the polarisation that can occur between young immigrants and unrelated adults, to the mutual benefit of both parties. Closer to home are studies such as the one carried out by López Seguí (2019) on “digital partners” in the Catalan municipalities of Vic and Centelles, which is part of an intergenerational learning project that seeks to improve the digital skills of the over-65 in using smartphones and tablets with their intergenerational 14 to 15 year-old “partners”.

Acquiring ICT skills can reduce the digital divide between young and old, while offering greater autonomy to older people.

On the one hand, we know that acquiring ICT skills can reduce the digital divide between young and old, while offering greater autonomy to older people and, ultimately, active ageing with social inclusion. On the other hand, intergenerational digital learning can bring about greater cohesion between generations in the way young and older people identify with the world around them, their vision and their values. And this is no less improtant. The Digital Agenda for Europe (2010-2020), one of the seven flagship initiatives of the Europe 2020 strategy for growth and employment, defines the key role of ICT and underlines the importance of intergenerational support, especially towards older people in learning to use digital technologies. In this context, in the document ICT for Seniors’ and Intergenerational Learning, the European Commission asserts that the use of ICT is an ideal means to promote intergenerational learning and to conquer the digital divide. 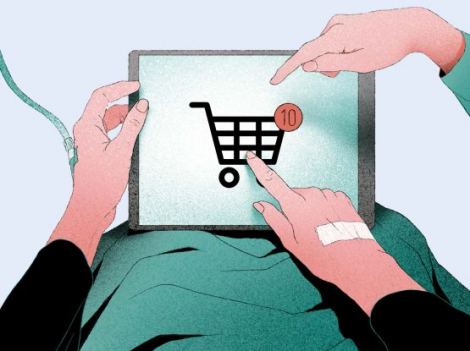 From the outset, when considering the need to improve digital literacy and ICT skills in older people, emphasis should be placed on the potential support of family and friends. When older people receive help from around the world to use technology in general and the internet in particular, they are likely to be more motivated to learn. Moreover, the presence and proximity of young digital generations in the friend and family circle may not only prove conducive to ICT use and adoption among older people, but also to bringing generations together, thereby improving the lives of all generations, today and in the future.

Highly digitised young people far surpass older people in terms of technology skills and, therefore, are in a prime position to provide them with ICT knowledge and resources.

With digitalisation picking up speed in contemporary societies, the transfer of younger people’s digital skills to older people must be rendered more effective. And this is imperative against a backdrop of burgeoning use and implementation of applications such as e-banking, e-shopping and e-health in today’s digital economy. Failure to do so can lead to, at best, inferior individual well-being and, at worst, technological discrimination that manifests itself in the form of poverty and social exclusion. We have seen the latter reality too often during the Covid-19 pandemic, when many older people with no internet access were offline and were unable to follow advice online, resulting in social isolation. In other cases, it was not the lack of access, but of digital skills, which exacerbated the lack of knowledge, thereby limiting their access.

The exchange of knowledge is also possible indirectly if the older person is in constant contact with young people and their digital habits and uses.

In short, although it may seem reasonable to believe that individual socioeconomic characteristics play a decisive role in accounting for the quality of ICT access and skills in the older population, a solely individualistic approach disregards how the younger and older generations interact and influence one another. In principle, highly digitalised young people far surpass older people, including their parents, in terms of technology skills and, therefore, are in a prime position to provide them with ICT knowledge and resources. That is, younger generations are in a good position to help older adults to keep abreast of the latest developments. Unfortunately, the story of parallel and separate digital lives between young and old is all too often reinforced in the media and popular culture, despite the fact that all generations move together in time and are interdependent on each other. In fact, we can find systems of intergenerational reciprocity all over the world: there is a systematic transfer of knowledge, skills, competencies, norms and values between generations. And the transfers are not only those made by older people to young people, but also the other way around. A direct form of the latter type occurs through intergenerational digital learning initiatives, that is, giving access and pertinent information on the use and implementation of ICTs to older people based on the ICT skills of the younger generation that is (generally) more digitalised. This exchange of knowledge is also possible indirectly if the older person is in constant contact with young people and their digital habits and uses.

From this broader perspective of social capital, younger generations can influence a more universal digital transition if there is intergenerational solidarity within and outside the home, and if young and old people work towards a common goal of universal digitalisation. Today, although a great deal of emphasis is being placed on younger people’s digital skills and training, especially for their future employability, it is often forgotten that this knowledge can be transferred to older people, as has already been done on other paramount issues such as sustainable mobility and recycling.

Serra Húnter Professor of Sociology at the Faculty of Economic and Business Sciences at the University of Girona and director of the Catalan Observatory for Ethics in Artificial Intelligence.