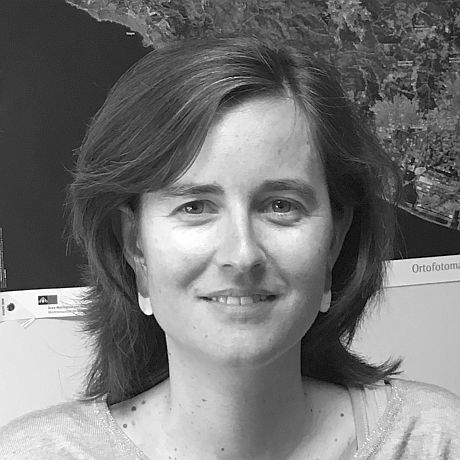 Mariona Tomàs Fornés, Professor of Political Science and member of the Local Studies Research Group (GREL) at the Universitat de Barcelona, is an expert in metropolitan governance and urban policies.

The governance of metropolitan areas is a recurring issue on the political agenda. There is no single formula since each city has its peculiarities due to historic and political reasons. The debate over which model should be applied is often contentious because ideologies, interests and different ways of understanding the metropolitan space clash. Tackling metropolitan governance calls for a shared vision among all the stakeholders involved.

According to the latest United Nations report, 55% of the world’s population currently lives in urban areas, a percentage that is expected to reach 68% by 2050. In Europe, the urban population accounts for 75% of the total population. Therefore, matters as important as social cohesion or the fight against climate change have become challenges at urban and metropolitan level. The approval of Agenda 2030 and the Sustainable Development Goals (2015), as well as the Global Urban Agenda and the Urban Agenda for the EU (2016), highlight the importance of urban issues. The governance of metropolitan areas and regions is a recurring issue on the political agenda. As revealed by numerous papers and academic studies, such as the book by Heinelt and Kübler (2005) and the report by United Cities and Local Governments (UCLG, 2016), there are various models of metropolitan governance yet there is no one-size-fits-all approach.

In fact, each city has its peculiarities and form of governance due to historic and political reasons. Notwithstanding the above, four models of metropolitan governance can be distinguished as per their degree of institutionalisation (OECD, 2015; and Tomàs, 2017), in other words, according to the type of institutional arrangements made:

2. At the other end are less institutionalised models based on voluntary cooperation between municipalities, whether through a grouping or association of municipalities, or by means of strategic planning (Poznan and Amsterdam).

3. Characterised by a medium degree of institutionalisation are sectoral metropolitan agencies – to manage or plan a single service such as public transport, the environment, the police, etc. (Valencia, Bilbao and New York).

4. And, finally, the model of vertical coordination, in which metropolitan policies are not executed by a specifically metropolitan body, but de facto by other levels of government that already exist – a region, a province, a county, etc. (Madrid, Copenhagen and Berlin).

In practice, models of metropolitan governance vary according to the tradition of cooperation, political alliances, relations between areas of government and the local configuration of public and private stakeholders. The combination of these elements shapes the model of governance, which evolves over time. There are many examples of agglomerations that have a model of metropolitan governance with a varying degree of institutionalisation according to the stage of development: from metropolitan government to sectoral agencies, from a strategic plan to cooperation between municipalities, etc. A good example of this evolution is Barcelona: the abolition of the Barcelona Metropolitan Corporation led to the creation of several sectoral agencies, coexisting in the final stage with the execution of strategic planning on a metropolitan scale and culminating in 2010 with the establishment of the Barcelona Metropolitan Area.

In any case, all governance models should cover four key variables: competences, funding, democratic representation and citizen participation, and multi-level (vertical and horizontal) relations. Each one of these variables is analysed briefly below.

First of all, as underlined by the Montreal Declaration on Metropolitan Areas – approved in October 2015 in the framework of preparations for Habitat III—, there is no political recognition of metropolitan areas, which are not endowed with the requisite powers to rise to urban challenges. In fact, in most cases, their powers are related to hard policies (urban planning, public transport, infrastructure, the environment), while they lack competences related to soft policies (education, health, social services, economic development). Furthermore, in most cases, competences are shared with other levels of government (local, regional or state-related). Another key variable of metropolitan governance is the binding or non-binding nature of the decisions made. For example, this could involve determining whether the actions set out by an urban metropolitan plan are mandatory or not for municipalities. Without this exclusive and binding nature, it is very difficult to provide solutions on a metropolitan scale. 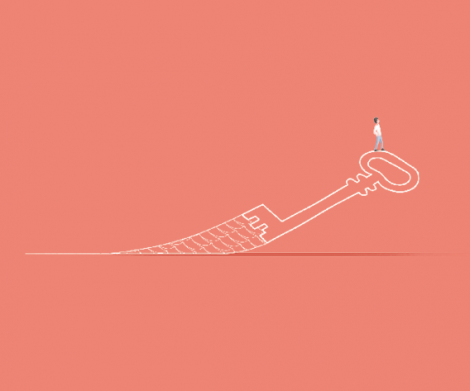 Secondly, funding largely determines the degree of autonomy. This is not only true with regard to material resources (the amount), but also with reference to the source of this funding (own funds or through other means). One of the problems faced by metropolitan areas is the lack of financial resources to meet urban challenges. There is little fiscal autonomy, since most of the resources are transfers from other administrative areas and are often of a fiscal nature (to provide a specific service). Moreover, few metropolitan areas have the necessary fiscal instruments to develop inclusive policies based on sustainability and solidarity (such as tax-base sharing or fiscal redistribution in the metropolitan territory) (Slack, 2017).

Thirdly, there is the matter of democratic representation and citizen participation. Cities have three dimensions: urbs (the physical environment), polis (political institutions) and civitas (citizenry) (Capel, 2007). These dimensions are out of kilter, since more often than out there are no representative institutions in a territory broader than the municipality of residence, in a metropolitan area where people lead their daily lives. In a few cases, metropolitan areas have directly or indirectly elected metropolitan governments. Generally speaking, indirect election models predominate, where mayors and councillors elected as political representatives in their respective municipalities form part of the metropolitan structure (like in Barcelona, as well as in Italian, Portuguese and French metropolitan structures). In Europe, examples of direct election are limited and have different characteristics: in some cases mayors are directly elected (Manchester and Liverpool), in other cases the parliamentary assembly is directly elected (Stuttgart) or sometimes both mayors and assemblies are directly elected (London and Hannover). Metropolitan governments do not enjoy higher voter turnout but the percentage is similar to turnout in municipal elections that, according to the context (especially in England), is very low (Tomàs, 2018).

The main reason why powerful metropolitan governments are not created is the political resistance spawned by this type of intervention.

Finally, the last key variable relates to how metropolitan areas are situated in an environment of multi-level governance, where vertical and horizontal relations exist. In fact, urban agglomerations have established themselves as political actors that create their own international networks, like Metropolis (World Association of the Major Metropolises), UCLG (United Cities and Local Governments), Medcities (Mediterranean Cities Network) and EMA (European Metropolitan Authorities). These networks facilitate an exchange of experiences and best practices that may serve to foster policies in other cities and to make metropolitan issues visible on a global scale. In horizontal relations, the manner in which local and metropolitan authorities relate to the private sector must also be taken into account. For example, the development of sectors such as tourism or smart cities is a test of the capacity of metropolitan governance. In this regard, and related to the previous point, there are two interpretations of the metropolitan sphere’s opportunities to improve democracy. According to a pessimistic outlook, the private sector’s greater involvement in the government of metropolitan areas may lead to less transparency and accountability. In contrast, in keeping with an optimistic point of view, the opening of decision-making to other (public and private) stakeholders and the introduction of participative mechanisms provide an opportunity to involve the citizenry and to improve the quality of democracy.

Besides horizontal relations (with other cities or stakeholders), the governance of metropolitan areas is affected by vertical relations, in other words, relations with other levels of government (regional and national). In this regard, the political and legal consideration of the municipality or the metropolitan area is crucial: if it is an important level of government (with powers and funding), if it plays a prominent political role in the country (high turnout in the elections), etc. To understand these vertical relations, the importance of the agglomeration in the region or country as a whole is essential (according to its relatively decentralised political structure). In fact, metropolitan institutions with strong powers (legal and fiscal autonomy) and democratic legitimacy (direct election of their representatives) are not created in a vacuum, but in an already existing political structure. The main reason why powerful metropolitan governments are not created is the political resistance spawned by this type of intervention, both from municipalities and other levels of government that already exist, like provinces, regions or the central government itself. Few governments dare to create metropolitan governments that group together most of the population of the country and/or capital city. When this has happened, they were given limited powers (of management, implementation and planning) in very specific fields (especially transport, the environment, spatial planning and economic development). For this reason, cooperative and network-based strategies often appear as a more politically viable option.

The success or failure of different forms of governance hinges on the willingness to cooperate and to find a minimum of common ground that serves public interest.

In summary, metropolitan governance encompasses a wide range of variables: how the metropolitan area fits into the political and administrative structure of the region or country; the role of municipalities and their political leaders, and the cooperation between different stakeholders in the metropolitan area (authorities, companies, universities, citizenry, associations, etc.). The debate surrounding models of governance and their application is often contentious, as they clash with ideologies, interests and different ways of understanding the metropolitan space. Metropolitan governance is about knowing how to create a shared vision among all the stakeholders involved. Often, the success or failure of different forms of governance hinges on the mind-sets of metropolitan representatives and the willingness to cooperate and to find a minimum of common ground that serves public interest. Ultimately, cooperating at metropolitan level and being equipped with the necessary institutional, political and financial tools are fundamental to tackle the urban challenges of the 21st century.

Slack, E. (2017). “How Much Local Fiscal Autonomy Do Cities Have? A Comparison of Eight Cities Around the World”. IMFG Perspectives Paper, 19. Toronto, University of Toronto.

Mariona Tomàs Fornés, Professor of Political Science and member of the Local Studies Research Group (GREL) at the Universitat de Barcelona, is an expert in metropolitan governance and urban policies.