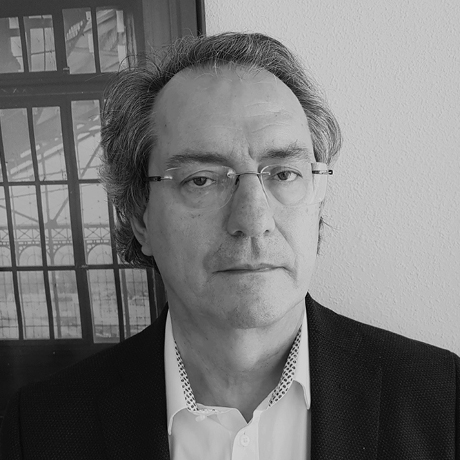 Philosopher. Philosophy of Science Professor at the Carlos III University of Madrid. His general field of work is the notion of rationality in its theoretical, epistemic and practical aspects. He holds a militant stance against the division of culture in scientific and humanistic culture.

Democracy and technology are two poles that engage in odd relationships of attraction and repulsion. The very technologies that provided minimum services while the world was on lockdown now arouse fears and anxieties about a future of threats to privacy and abusive forms of teleworking. Technologies are not politically neutral, but neither are they intrinsically authoritarian or democratic. That depends on who owns them and what they are used for.

Imagine two utopian prospects: the first, the move towards a more participatory, even assembly-based, democracy in an ideal time; the second, progress towards a society in which work is distributed, especially the most creative work, and even towards a society with no paid work, in an ideal time. The simple fact of thinking about a democracy based on these forms of participatory political organisation and economy, without the conversion of time into merchandise, raises a barrage of questions of all sorts, many of a political nature, but other highly relevant issues related to knowledge and the technological environment in which those aspirations would be fulfilled.

Lewis Mumford, the deeply pessimistic philosopher of technology, asserted that “machine” technology denoted both a technical and a social uniqueness. He suspected that certain forms of machine organisation led to authoritarian forms of society, to a perverse adaptation of people to technological functions. He believed certain technologies were heavily undemocratic – and he recalled the construction of the pyramids and looked at the new nuclear technology that was beginning to endorse the powers of the world –, something his followers such as Langdon Winner continue to affirm. Technologies are certainly not politically neutral and Mumford must be read and listened to carefully. But perhaps they are not intrinsically authoritarian or intrinsically democratic either. Technology and politics are intertwined in a dense web in which sovereignty and rights depend as much on the existence of certain technologies as on who owns them and what they are used for.

In Athens, many conflicts were based on the fact that the aristocracy did not take it well that there were people who taught public speaking and persuasion skills in the assembly.

Let us consider Athenian democracy, its demos: on the one hand, so advanced that it triggered a permanent conflict between the aristocracy and the plebeians; but, on the other, so exclusionary that it left out women and slaves and was based on the empire over other polis. Several technologies, in addition to political reforms and the institution of the draw, made it possible: the urban technology of creating spaces for the demos, particularly for the ecclesia or assembly, and the development of public speaking techniques, closely related to and disciples of the theatre (another of the democratic institutions). The art of public speaking both facilitated and limited Athenian democracy. An assembly depends on the participants’ physical co-presence and on the development of speaking and listening techniques. In Athens, many conflicts – for example, the one that led to the condemnation of Socrates – were based on the fact that the aristocracy did not take it well that there were people who taught public speaking and persuasion skills in the assembly. They reluctantly accepted political democracy, but not the democratic sharing of knowledge.

Now let us take a look at the complex relationships between technology and democracy today. As I write these lines, everything under heaven is in utter chaos, as Mao’s old saying went: the very communication technologies that have kept society going pose some of the greatest threats to democracy. Donald Trump has recently taken on social networks such as TikTok, which calls on young people to resist his bragging and not to attend his events; or Twitter, which flags his tweets as threats of harm; although he has been able to convince Facebook not to censor unfounded rumours, which has brought about a widespread rejection of this platform by big advertisers. These technologies, which have maintained minimum services while the world was on lockdown, raise fears and breed anxieties about a future of threats to privacy and working from home that is even more demanding in terms of time and attention. Over the past few months, daily conversations and the media have been filled with a mix of totalitarian eschatologies and optimistic outlooks as regards the possibilities of information technologies.

Democratic sovereignty may not be possible without technological sovereignty, without a joint decision on what capabilities life and future plans will allow.

The purpose of my reflection is not only to keep in mind that democracy and technology are interwoven in their fate, but also that, in order to understand these relationships, it does not suffice to ask ourselves what technology we use but also, and above all, who owns it, who develops and who applies it. Humanists and many social movements have expressed concern over the environmental, social and human implications of certain technologies, but have not sufficiently explored the social formation that makes them possible. And it is now urgent to consider whether the construction of a democratic subject that decides its own destiny may be unconnected to the technological sovereignty that will make not only the external construction of what is real possible, but also the very construction of that subject. Because it is suspected that democratic sovereignty may not be possible without technological sovereignty, without a joint decision on what capabilities life and future plans will allow.

The world of communication has created an environment dominated by huge companies that appropriate big data generated by the flow of information.

In these months of pandemic, we have made great strides in the interface between work, school and social services; when so many things have collapsed, the Internet has upheld social efforts. Time and again we have heard this idea being repeated. But whose are the platforms that we so merrily use for our conversations, videoconferences and remote work? Let us note that they are the property of macro-companies that acquire autonomous and geostrategic power even over states, and that they define the forms future world antagonisms will adopt. Almost all the advances on which the world’s computer interconnection is based had a common, open-source origin: the protocols that allow the Internet to work, the Linux operating system. The new video conferencing programmes that we have been using so frequently for a few months are developed in HTML 5 (HyperText Markup Language, version 5), an open language. And yet, the world of communication has taken over all these developments and has created an environment dominated by huge companies that appropriate big data generated by the flow of information. Spanish universities have been quick to use the Blackboard platform for distance learning, which stores their data on the Amazon cloud; management meetings at all levels of organisation are held on Google Meet or Zoom; and many universities’ own emails are already stored in Google’s colossal data warehouses. The ease with which a technology available to all has given rise to this immense big data obtaining machine made up of platforms is surprising. Jitsi Meet, a multiplatform for open-source video conferencing with no need for an account or installation of the programme on a computer as a data source, has rarely been used.

Public services, administrations and politics have been quick to use these tools that facilitate macro businesses, while the use of social networks has already become widespread as one of the foremost tools of political propaganda. Is all this harmless? Is it neutral compared to the formation of a political body, of what we call the demos as a subject that underpins democratic sovereignty? It is not. Again, let us turn to history to find analogies with what is happening. Thus, for example, we think of the Baroque and the Enlightenment as the times in which modern states were formed and in which, as resistance, political subjects gradually formed that were tasked with overcoming the class state. All this is reflected in the political philosophy that we have learned from Hobbes, Montesquieu, Locke and so many others. This narrative does not usually explain that the world was being left to the Companies of the Indies that controlled world trade, colonised the planet and laid the foundations for modern civilisation, based on a racial contract of white supremacy: the British East India Company, formed in 1599 and turned into a public limited company in 1602; the Dutch East India Company; the French Company of the Indies; the Danish East India Company; the International Association of the Congo, created by the philanthropist Leopold II for his personal benefit. Could we understand the complex politics of the 19th century and the previous two centuries, class tensions and multiple revolutions without slavery, without these enormous companies as or more powerful than the very states in which they were established? Nor is it possible to understand the history of technology without the presence of these multinationals avant la lettre.

The philosophical concept of the Cartesian subject has been criticised many times, the predatory modern technique of nature has been infinitely vilified. But it is very difficult to find in these manifestos any historical allusion to the rich subjects of power who determined the birth of capitalism and oriented history towards ethnocentrism and white supremacy. The authority of these macro-companies would not have been possible without technological advances in navigation – to defeat the squadrons of the peninsular empires – or without the automatic weapons – which allowed small professional armies to dominate the populations of Asia, Africa and North America. Technologies and sovereignties intertwined to shape the contemporary world.

Let us now return to our world. What I have contended about video conferencing platforms should be extended to the entire technological environment on which we build our societies. When we consider the subject of politics, we think of the State’s institutions and devices, of international institutions, of parties and unions, and also of social movements, of the network of grassroots associations that uphold the resistance to various forms of exclusion. The whole framework in which political sovereignty is born and developed needs technological sovereignty for its historical presence to be real: without appropriating the capacities to technologically transform the world, without a fair distribution of knowledge, political will shall always depend on epistemic and technical-hegemonic power and its masters.

Mumford, Lewis, The Pentagon of Power. New York: Harcourt, Brace, Jovanovich, 1970.
Winner, Langdon, The Whale and the Reactor: A Search for Limits in an Age of High Technology. Chicago: The University of Chicago Press, 1986.

Philosopher. Philosophy of Science Professor at the Carlos III University of Madrid. His general field of work is the notion of rationality in its theoretical, epistemic and practical aspects. He holds a militant stance against the division of culture in scientific and humanistic culture.