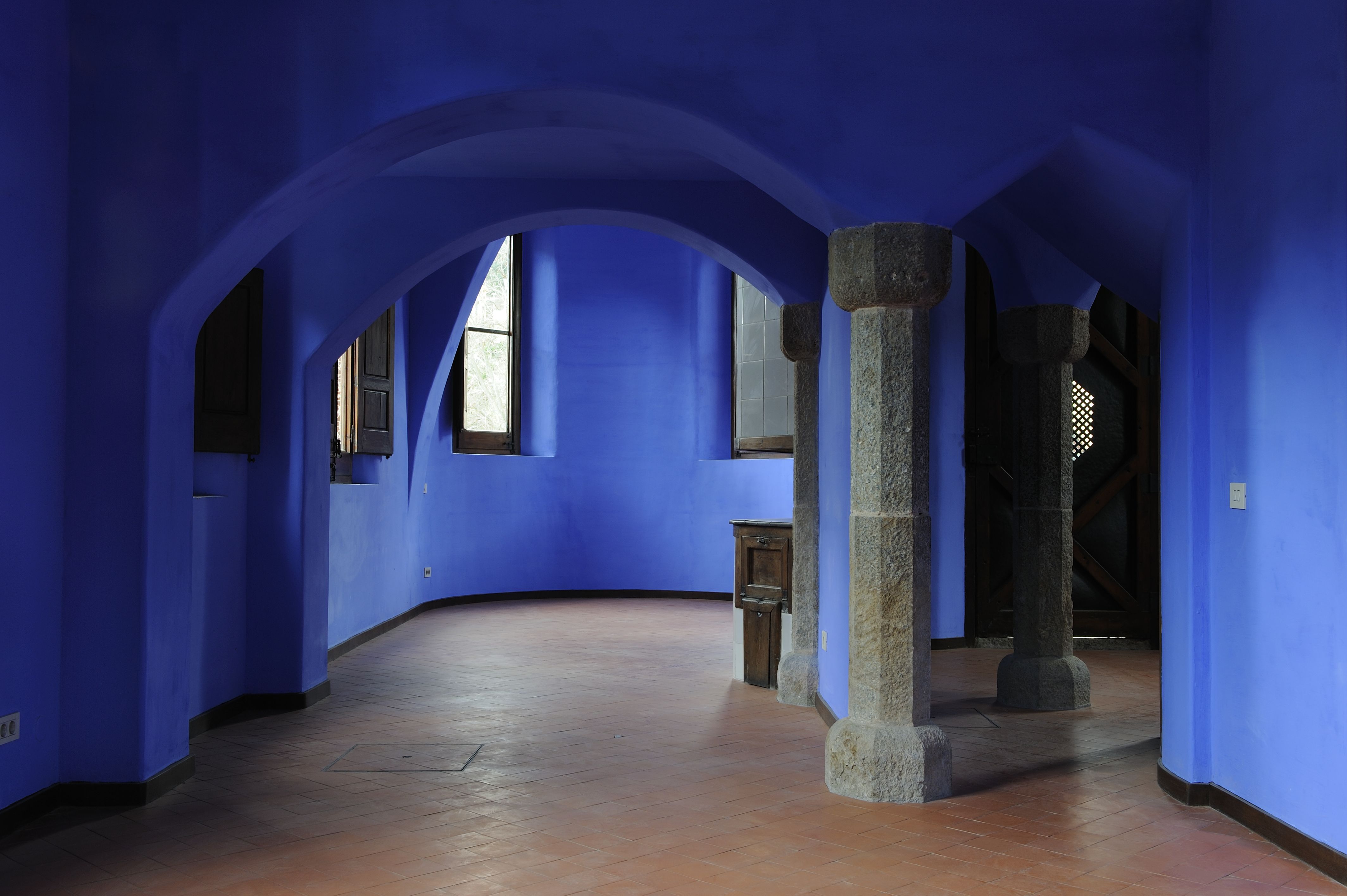 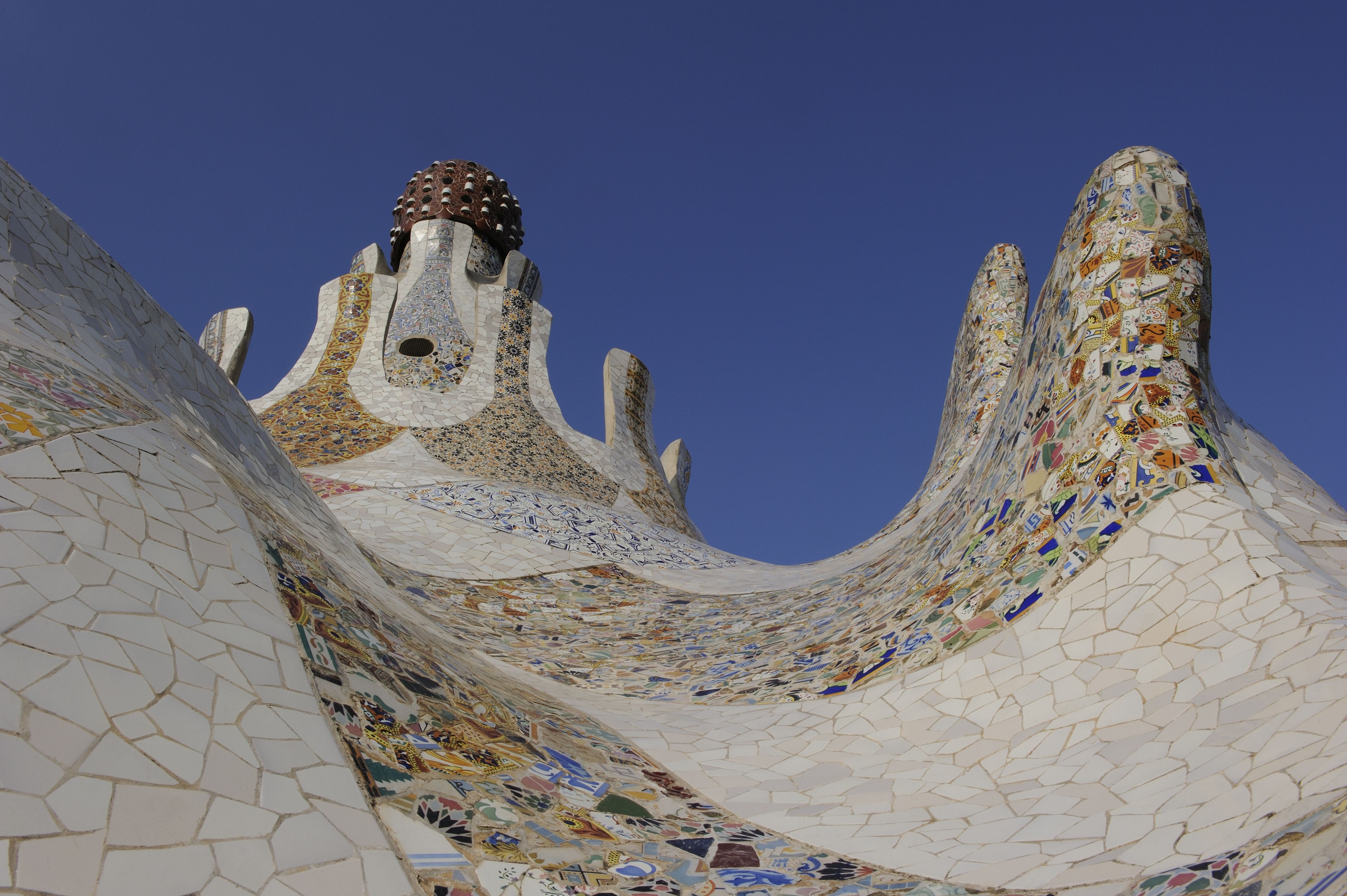 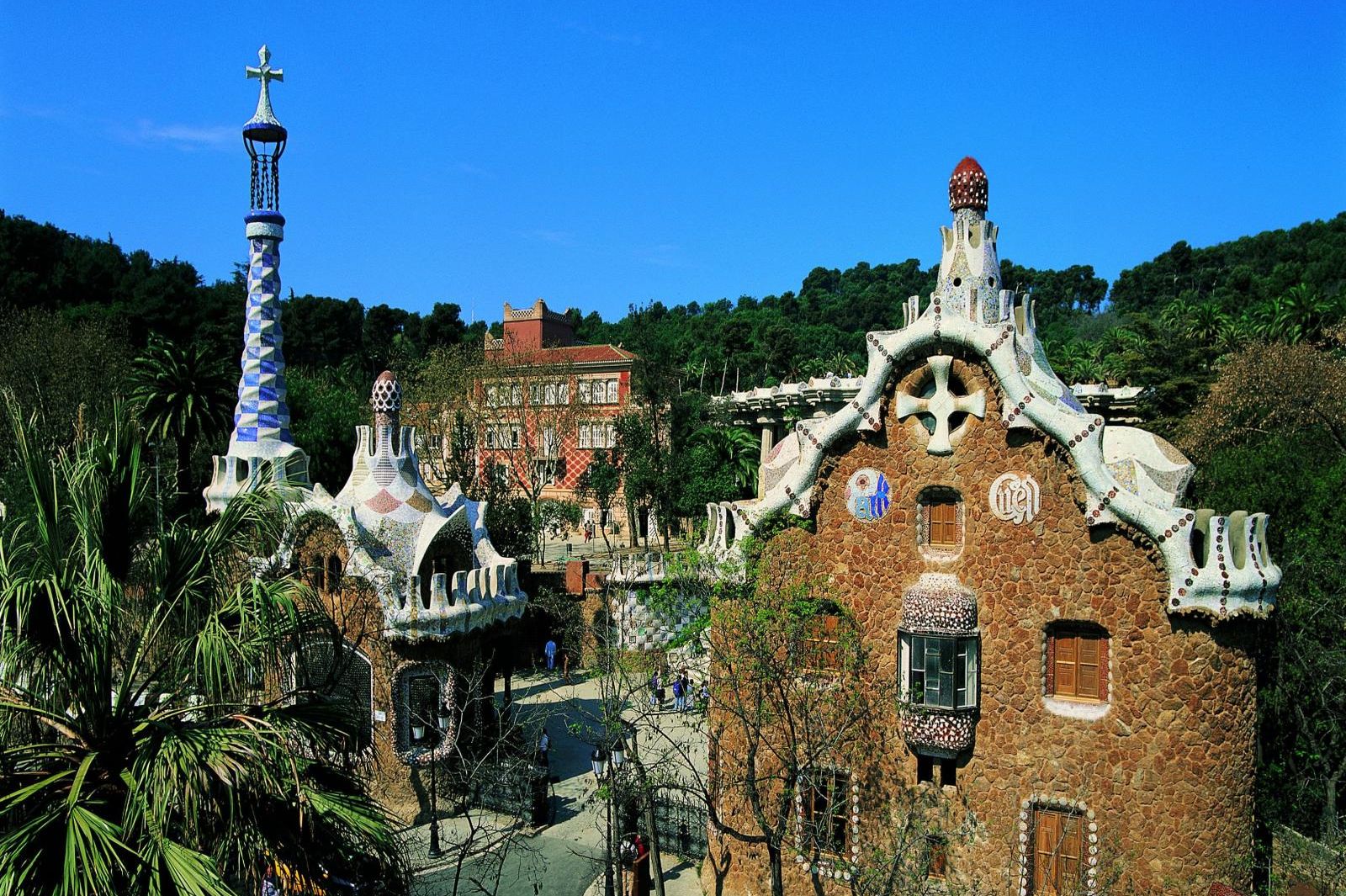 The Casa del Guarda (porter’s lodge) is an example of a modest dwelling built by Gaudí between 1901 and 1903, and which was to be the home of the caretaker of the residential estate. This small space, designed to be used by a humble family, shows great richness and compositional complexity, and is now part of the MUHBA. It is also the site of the exhibition Güell, Gaudí and Barcelona, the expression of an urban ideal, which focuses on the subjects of the house, the park and the city – one for each of the building's three floors.

The exhibition starts by examining the technical and constructional aspects of the house, and the way they are linked with other Gaudí houses. It then goes on to cover the fruitful intellectual and architectural relationship between Güell and Gaudí, and the original failed project of the private residential estate, which was turned into a municipal park in 1926. Finally, the exhibition attempts to place Park Güell in the Barcelona of the years of the emergence of Modernisme, and to link it all with the desire that existed among Barcelona’s elites in the early 20th century for greater representation for Catalonia, and for the city to be made a capital.

Park Güell falls within the Barcelona town planning project of the Eixample, designed by Ildefons Cerdà. Barcelona had become a great metropolis after the Universal Exposition in 1888, and was becoming increasingly attractive in the early years of tourism. At the turn of the 20th century, the city was in full flight of expansion. Great changes were being initiated in the old neighbourhoods, with the start of the construction and opening up of Via Laietana, and in the Eixample district, which was to become the new residential and commercial area. Urban development projects were also being carried out in the old manufacturing suburbs on the plain of Barcelona, which were historically more industrial and working-class.

In 1900, the businessman Eusebi Güell commissioned Antoni Gaudí to build Park Güell, a residential area for wealthy families. The architect dreamed up a new urban model by taking his inspiration from the British design style of houses surrounded by gardens. However, he took the idea much further, by breaking the aesthetic limits between nature and works of art, understood as "artifice". Work on the Park began in 1900, though it was halted in 1914 as the project turned out to be a failure, owing to the complex conditions and requirements involved for purchasing and building on the plots, among other obstacles. The private residential estate was purchased by the City Council in 1925, and became a public space in 1926. In 1984 it was declared a UNESCO World Heritage Site.

Under the new management model for the main nucleus of Park Güell introduced in October 2013, the municipal body Barcelona de Serveis Municipals (B:SM) is now responsible for the entry of visitors to the site (with tickets now including access to the Casa del Guarda), and for monitoring flows of visitors. Meanwhile, the MUHBA proposes display content for the various spaces, creates routes and new written and digital materials on Gaudí, the Park and Barcelona. The museum has also made a commitment to help turn Park Güell into a consolidated cultural landmark, with new projects and programmes and by stimulating new research into the European ambitions of Barcelona, capital of Catalonia, at the dawn of the 20th century, with a view to consolidating the work of Gaudí and Modernisme as solid points of reference.

The Casa del Guarda has also become a laboratory for the future virtual museum currently being promoted by MUHBA, in conjunction with the Modelling Laboratory of the Universitat Politècnica de Catalunya. The result is an elevation of Casa del Guarda made using a laser scanner which shows all the architectural elevations and all the possible routes through the building, as well as a virtual 3D journey which enables users to activate all the museum displays.

Guide to the centre

Visits to the Casa del Guarda are included in the visit to the Park Güell Monumental Area, and is subject to access conditions for Park Güell.
For more information: http://www.parkguell.cat