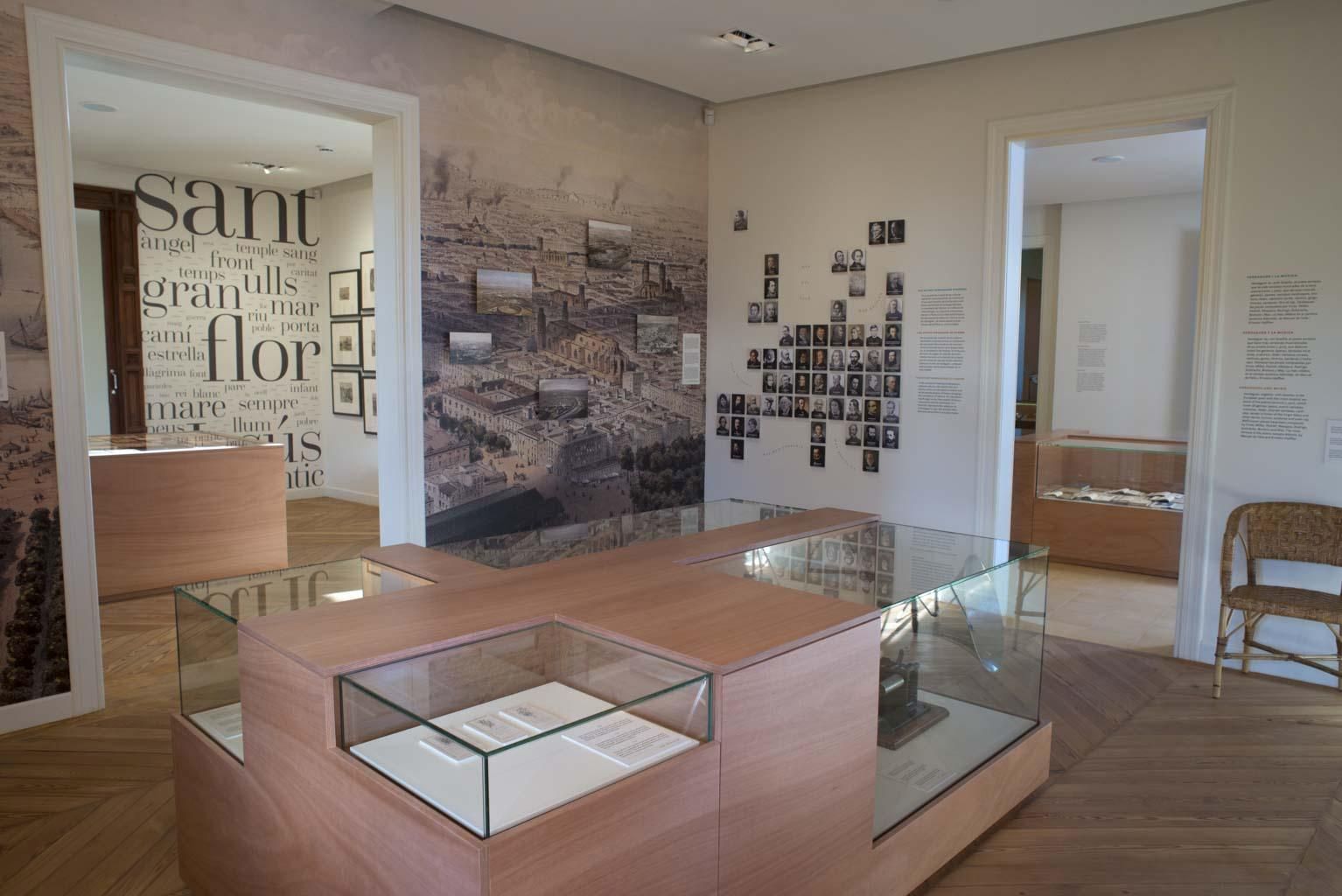 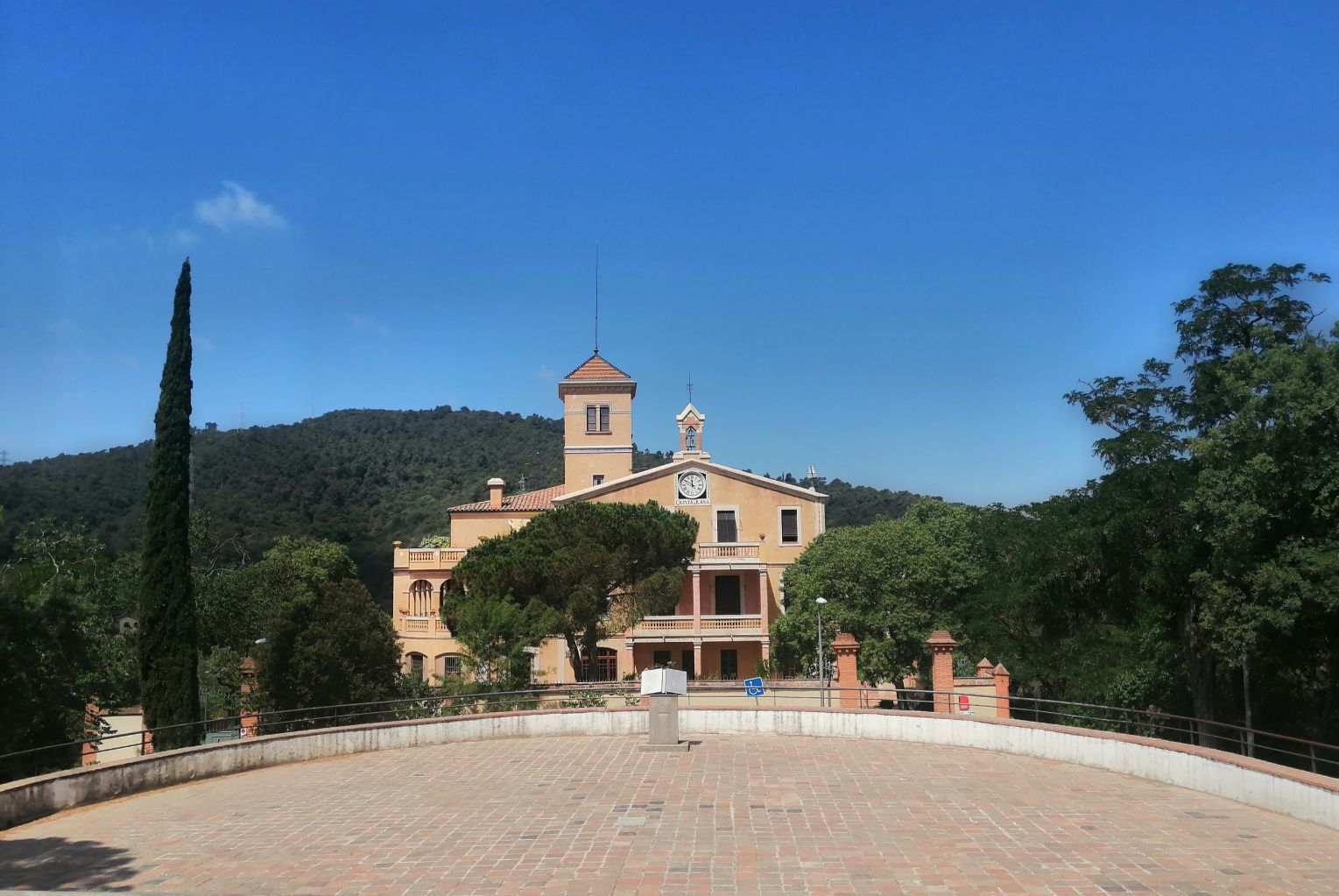 Vil·la Joana, an old farmhouse of the Vallvidrera parish, became a summer home in the 19th century and then an educational facility, the Vil·la Joana Schools, between 1921 and 1973.

Vil·la Joana was the final home of the writer Jacint Verdaguer. He fell ill and died here on 10th June 1902. On that day, the house became a memorial space for the poet. In 1963, some rooms were turned into the first museum dedicated to him. Today, Vil·la Joana acts both as a memorial and as a house of literature: a space that emphasises the value of the literary word through the figure of Verdaguer. The writer acts as a prism through which we see Barcelona’s reality as a literary city and the phenomenon of the universal literary experience.

The surrounding area
MUHBA Vil·la Joana stands in the district of Vallvidrera, in Collserola nature park. Many years ago, it was one of the wealthiest farmhouses in the area. In the 19th century it was renovated for use as a residential dwelling, and it was then that the emblematic clock was added to its front facade. Close by Vil·la Joana lies Parc de Collserola Information Centre, with which MUHBA carries out joint projects and activity programmes, and which is a good starting point to discover the many interesting sites in this wooded area, such as the Budellera fountain  and the Vallvidrera reservoir.

Jacint Verdaguer (1845-1902)
Jacint Verdaguer is one of the greatest figures of Catalan literature of all times. As part of the Renaixença movement, the popularity his poetry attained was crucial to the process of recovering the Catalan language and promoting its use among society. He was ordained a priest in 1870 and was popularly known as “Mossèn (father) Cinto”. In his two great poems, L’Atlàntida (Atlantis, 1877) and Canigó (1886) he expressed an epic view of nature and history, also present in his Oda a Barcelona (Ode to Barcelona, 1883). Nature was one of Verdaguer's great sources of inspiration, and in his final years, his mysticism grew stronger following his dispute with the Bishop of Vic and the Marquis of Comillas, who was one of the most powerful people in Spain, and who had until then been Verdaguer’s protector. The series of articles titled En defensa pròpia (In self defence, 1895-97) became a veritable j’accuse that highlighted the latent conflict that lay at the heart of Catalan society at the end of the 19th century.

Verdaguer at Vil·la Joana
In May 1902, Jacint Verdaguer, seriously ill with tuberculosis, retired to this house, the home of the Miralles family. The poet only spent 24 days there, as he died on 10 June. His death was a great blow for the city, and his funeral was one of the largest public outpourings of grief that Barcelona has ever seen. Vil·la Joana has become a site that is closely linked to Verdaguer's memory, not only because it conserves objects and interiors that serve as a sentimental memory of the poet's last days (the oratory, the bedroom, the gallery and a writing desk that the poet had used in the past) but also because the collections that have been brought together there (most of which come from private donations) help to explain Verdaguer's literary, personal and human history.

MUHBA’s Literature and City space
In addition to the series of activities directly linked with Jacint Verdaguer and the annual commemorations in June, on the anniversary of the poet's death, MUHBA uses Vil·la Joana as a focal point for its activities and studies related with literary heritage, including such events as the Literature and City seminars.

43. From farmhouse to school. Educating in Barcelona

46. Literary portraits of the city

July and August open only on weekends and holidays.