The anniversary of the first academic year inaugurated in 1872 in the cloister will be commemorated during the academic year 2022-2023. 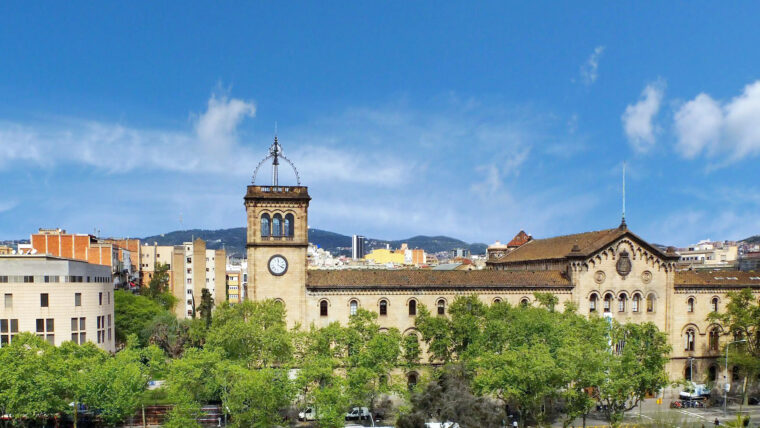 On 1 October 1872, the University of Barcelona’s Historic Building was inaugurated. The building, designed by the architect Elies Rogent (Antoni Gaudí‘s teacher), marked the beginning of the path towards modernity for the city and Catalan society. The University returned to Barcelona from Cervera in 1837 and was located in the convent of El Carme, in Raval, but, after the demolition of the building, another site was needed. Although the construction of the Historic Building began in 1863 and the first classes were held on 12 December 1871, due to the precarious situation and the presence of a military contingent on the ground floor, it was not until the academic year 1872-1873 that teaching and research were carried out normally.

Historically, it was one of the first buildings to be constructed outside the walls of Barcelona and was a major change in the city. After having doubts about where to build the faculty, the area was chosen because the land belonged to the State and this made the operation cheaper and easier. In addition, a square was to be built in front of it, which would bring it closer to the city and kick-start the Eixample district project. In 1891, the work was finally completed, and the University continued its classes in its definitive facilities.

From a social point of view, the University has always been the epicentre of political movements in Catalonia. It has witnessed numerous student protests, frequent in the 1910s throughout the dictatorship of Primo de Rivera, was the site of the entrenchment of rebel troops in July 1936 and experienced all the political struggles during the Franco era. Furthermore, during the Civil War, in 1938, the University was bombed, and it was not until 1945 that the work to repair and rehabilitate the damage was completed.

Commemoration of the 150th anniversary

To celebrate and commemorate this event, the UB has organized several events that will take place in the Historic Building, the current cloister where the Faculty of Philology and Communication and the Faculty of Mathematics coexist.

At the opening ceremony of the 2022-2023 academic year on 3 October, five scenes dedicated to the history of the building will be shown in the University’s Paranimf. On 20 October, the 150 years of Catalan music concert will be performed by the UB orchestra and choirs. There will also be events in the Aula Magna, such as the presentation of the first volume of the UB Art Catalogue and a conference given by Dr Jordi Casassas.

Don’t miss the activities organised by the UB to celebrate the anniversary of this emblematic building in the centre of Barcelona.