Low-intensity neo-fascism, for the time being

The city after the pandemic 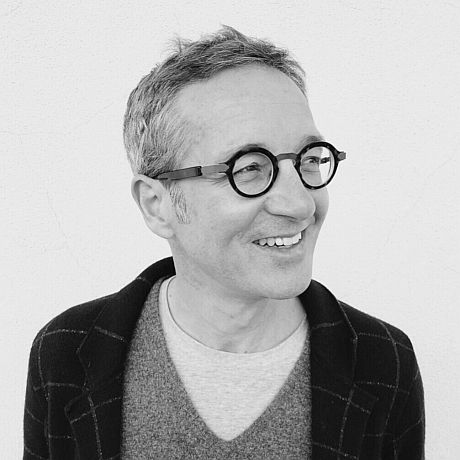 Director of the Technological Humanism Forum at ESADE and Professor of Philosophy of Law at the ICADE School of Law. He researches the political impact of technology on democracy and on Anglo-Saxon political philosophy.

The lessons of history do not immunise us against fascism. The collective experience of the pandemic we are experiencing, with a stunned and shocked society, introduces a feeling of fear and a yearning for security and order into the collective unconscious, which aggravates the authoritarian force that had already driven neo-fascist movements in our country and throughout Europe in recent years.

Fascism again casts its shadows on the present. It does so striking at the institutional serenity of democracy by cornering it and putting it on the defensive. It already openly accompanies us. It has returned to the stage and, what’s more, it normalises its presence by leading governments, participating in them or simply supporting them, extending its political action like a small mark that wins sympathies and followers in our country, in the rest of Europe and throughout the West.

So far it has climbed positions, taking advantage of the malaise of middle classes disoriented by the impact of a crisis that has robbed them of their economic status and social role. Underlying this malaise is an emotional implosion that has led major swathes of Western societies to yearn for a reinforced order of authority around populist and illiberal governments. Something that was already in the air and progressed as a vector of political change, but that the events experienced all over the world in recent weeks may be speeding up and driving vigorously.

The global spread of the Covid-19 pandemic and its unexpected and devastating economic and social effects may lead us to a more or less pervasive authoritarian time across the West if liberal democracy proves unsuccessful in managing the health emergency. We are facing a public health phenomenon that is spreading states of alert and emergency throughout Europe. It has also called into question the feasibility of the decision making of liberal democracies, whose complex management models and mechanisms to adopt initiatives have proven powerless and overwhelmed by the execution of initiatives that effectively and resolutely contained their initial progress.

The consequences that all this will have on the future politics of liberal democracies is up in the air, although the authoritarian temptation will be reinforced by the concurrence of a series of factors that will contribute to destabilising the foundations of social peace. Here it is important to remember something that seems obvious but that we easily forget: that the lessons of history do not immunise us against fascism. Especially since the capacity to forget is considerable and because the risk of the spread of authoritarianism will grow in the coming months due to the fear and yearning for security and order that the collective experience of the pandemic will introduce into the collective unconscious of a stunned and shocked society.

A culture of resentment

The recent health crisis has turned into a kind of silent 9/11 that is shaking the foundations of our mindsets by predisposing them to a yearning for authority without debate or criticism. A crisis that can bring down the foundations of our battered prosperity and unleash a collective culture of resentment and indignation that shatters the consensuses of democratic coexistence. Something very similar to what happened in Europe after the end of the Great War and the beginning of the interwar period, especially during the famous hyperinflation in Germany that, like another silent enemy, spread fear and anger among an entire society that was later an easy victim to totalitarian seduction.

The anger that has erupted around the pandemic will unleash the conspiracy theory that institutions and leaders contributed to exacerbating the effects of the disease.

There will be those who react to these reflections and remember that fascism never fully disappeared, despite its defeat in the Second World War or its electoral neutralisation during the post-war period. Some will even say that it was always lurking in the inner linings of a political surface that concealed it and kept it simmering in most European countries. And there is no question that they are right. How else can we understand the rapid consolidation of neo-fascist parties where there were none, for example in Greece or Spain, or the widespread proliferation of forms of illiberal democracy in the former countries of post-communist Mitteleuropa? Are we not facing collective experiences of repressed identity that have led to neo-fascist phenomena built on nationalist resignifications that stem from the interwar period?

The political impact that the pandemic will exert on European politics in the coming months will undoubtedly aggravate the authoritarian force that had already driven neo-fascist movements in our country and throughout Europe in recent years. It will do so because the tide of malaise that powered them will rise and because their followers will be more easily influenced to become, as Hannah Arendt warned, victims of a totalitarianism that is not based on conviction but on psychology stricken by the predisposition to echo falsehood, not wanting to distinguish between facts and fiction, between what is true and what is false. A phenomenon of resentful hallucination that pays no heed to the selective mechanisms of reason and that distorts the fabric of the facts on which our perception of day-to-day life is based from a torrent of feelings that circulate thoughtlessly via social networks and that turn the personal into the political.

Thus, the anger that has erupted around the pandemic will unleash, for instance, the conspiracy theory that institutions and leaders contributed to exacerbating the effects of the disease to consciously destroy the status quo of legality and property prior to the outbreak of coronavirus. And it will do so on the back of that propensity to search for a perception of order that acts as a constant in history, encased in that cyclical drive that unwittingly responds to the experiences of chaos that disrupt the knowledge of the defining frameworks of what is established.

We are talking about a tension that, as Georges Balandier considered, is legendary and is related to the rising complexity and fear for the status quo triggered by the emergence of social situations that are interpreted to be chaotic and that, in addition, alter the layers of normality that sustain the stability and continuity of communities.

The coronavirus is shattering these layers of normality and displacing the experience of community due to the extraordinary measures that democratic governments have been forced to adopt to stop its spread. This state of affairs is unleashing a desire for order in the face of the growing perception that a systemic chaos is spreading that will affect the foundations of social peace if the course of the pandemic is not turned around. The concurrence of these factors is what can drive a new experience of fascism, which will find an ally in the repressed anger of simple people who have complied with the rules of confinement and social distancing, but who have not received any acknowledgement for their sacrifices having lost their job or not being able to afford the monthly rent or mortgage repayment as a result.

In any case, it must be pointed out that the incubated fascism will not be a mimetic reproduction of the political phenomenon that violently hegemonised the interwar period, among other reasons because that fascism in military uniform is no longer operational. The violence it embodied lacks seductive capacity when it comes to reorganising a society around the identity architecture of a front line trench.

The fascism that can close in on us will resemble a new kind of fledgling communitarianism based on lies as a life structure, fear as a collective psychology and anger as a selective mindset.

The fascism that can close in on us will resemble a new kind of fledgling communitarianism based on lies as a life structure, fear as a collective psychology and anger as a selective mindset. A fascism that will dig deeper into the warlike language of the new culture wars begun in the 21st century by a reactionary conservatism that in the United States and in Europe saw, following the ideas of Leo Strauss and his neoconservative heirs, that moderation, consensus and centrality were ideological betrayals that had precipitated liberal democracies into moral decline. Especially since they questioned, making the progressive imaginary, the tradition that had sustained the political hegemony of the West. A phenomenon that, updated with the traumatic experience of the coronavirus, will revive the counter-culture war and will order, as Michiko Kakutani points out, the death of the truth to blame the administrators of institutions for harming people and deliberately exposing them to the disease.

We must distance ourselves from neo-fascism ethically, although without deploying a cordon sanitaire that conveys the idea that we are afraid of it spreading.

To combat this phenomenon, it will be necessary to adopt a pedagogy that combines intellectual confrontation with institutional distancing. On the one hand, it will call for a strategy that avoids the victimisation of neo-fascism without evading its categorisation for what it is: an intolerant, fanatical, perverse ideology conducive to hatred and authoritarianism. To this end, its intellectual contradictions and weaknesses must be highlighted, as well as the immoral roots of its approaches. It must be confronted and its falsifying dynamics, the clumsiness of its arguments and the perversity of its ideas must be demonstrated. And, on the other hand, we must distance ourselves from it ethically, although without deploying a cordon sanitaire that conveys the idea that we are afraid of it spreading because we lack sufficient capacity for political resistance to it. Something that is fundamental but that must also be translated into not giving in to the temptation of normalising it institutionally, accepting its foundations or collaborating with it in the making of governments or the development of policies for utilitarian reasons.

The whole of Europe faces the challenge of tackling a cohesive strategy that intelligently rejects the threat of fascism that is incubating as an ideological virus in the sensibilities of millions of citizens who are threatened by an inevitable widespread impoverishment in the coming months. To this effect, it must foster a distancing from it that does not translate into exclusion and a debate that does not lead to intellectual contempt. People must be convinced, with factual arguments and ethical reasoning, that fascism is misleading, weak and immoral.

A democracy based on truth and excellence must be demanded, otherwise it will be tied hand and foot. And, in addition, it must be demonstrated to society as a whole that this truth and that excellence are related to ethical principles capable of re-establishing a collective moral order unquestionably based on freedom, equality, tolerance and solidarity.

For all these reasons, the confrontation with fascism will not be easy. It was not in the interwar period and it will not be after the pandemic. However, the outcome is taking shape if we assume that the actions and reflections that we put forward in these critical times will have a determining influence on the future that lies ahead of us. Something to be worked on by those who take on the decision to offset the attack on reason before us.

Director of the Technological Humanism Forum at ESADE and Professor of Philosophy of Law at the ICADE School of Law. He researches the political impact of technology on democracy and on Anglo-Saxon political philosophy.