The spirit, an emerging intangible element 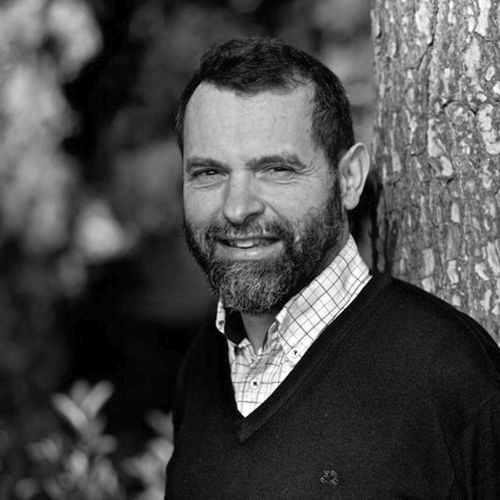 Xavier Melloni (Barcelona, 1962) is an anthropologist, theologian and religious phenomenologist. Jesuit and scholar of the Spiritual Exercises, he also has extensive knowledge of the texts of various religions.

In the current context of cultural and religious plurality we are witnessing something unexpected: a resurgence of the spiritual dimension. As we mature, so do our images and ideas, and the relationship to ultimacy or transcendence. The question is: what can religions bring to this new paradigm?

We are witnessing a phenomenon that not even the best analysts of the last century had predicted: a resurgence of the spiritual dimension is taking place in a context of cultural and religious plurality. The death of God preached by the 20th-century’s great philosophers has not occurred, but rather certain ideas about God have seen a transformation. Rainer Maria Rilke once said, “Even if we don’t will it, God matures”[1]. It is not that God matures, what matures are our images, ideas and relationship with ultimacy or transcendence as we ourselves mature. The question is: what can religions bring to this new paradigm?

Spirituality, a way to learn to flow

At the beginning of the millennium, the Polish philosopher Zygmunt Bauman made a harsh analysis of contemporary society by identifying it as liquid modernity[2]. He believed that today’s identities resemble the crust of lava that hardens and melts time and time again, endlessly changing shape. Identities seem stable from the outside, but in actual fact they are extremely fragile and are subject to constant tearing apart. Identity has no external support, everyone must temporarily forge their own to survive. According to Bauman’s perspectives, the value that prevails in liquid modernity is the need to become a flexible and versatile identity to confront the different transformations that the subject must bear and endure throughout their life, without any lynchpin on which to anchor ourselves and to give us structure. So far, Bauman’s analysis. However, this liquidity can be interpreted very differently: like the ability to flow between dogmas, rigidities and armoured identities that have imprisoned the creativity of what we call spirit, meaning ‘manner’, ‘wind’, ‘breath’, ‘flow’. Today our culture might be the right medium to open up in a new way to the intangible that the religions of the past cultivated, albeit with codes that are no longer ours. Today’s culture predisposes us to the spiritual dimension, rather than in a fixed environment where everything was established in advance.

The multiple perspectives from which we consider what we conventionally call God today involve the taking apart of a closed and monolithic world, and a vertical and linear mindset that afforded much security but also imprisoned and excluded many realms of reality. The emergence of so many possible worldviews and so many different points of access to the sacred implies the collapse of certainties and convictions to live in an open frame of mind. In the face of the great religious or ideological truths of yesteryear, there are approaches that do not seek to conquer wholeness, but seek to be all-encompassing. This does not lead to corrosive relativism, but opens up a new way of conceiving life as constant inquiry, as continuous movement, as the mystics of all times have pointed out. We need to investigate what this emerging paradigm is about that is not based on the reference points that have constituted it thus far.

The combative and belligerent atheism of the last century gives way to a generation that, rather than considering itself atheist, considers itself a non-theist, in the sense that they do not believe in a personal God, but are open to considering an inner or spiritual dimension.

A state of constant change

The crossroads at which we find ourselves is the result of the overlapping, juxtaposition and simultaneity of personal and collective processes, internal and external at the same time, on a local and global scale. The incredible flow of information to which we are subjected creates a state of constant change, a change in the status of knowledge; it lends shape (in-forma) where there was no outline before. The universe is built permanently thanks to a constant rise in information and our Internet culture, which along with the development of the media and transport, is the vehicle for this creative momentum that contains a transcendent dimension, although it is [still] not made explicit.

All this involves a new way of relating to the spiritual or intangible dimension of the human being. The combative and belligerent atheism of the last century gives way to a generation that, rather than considering itself atheist, considers itself a non-theist, in the sense that they do not believe in a personal God, but are open to considering an inner or spiritual dimension that they cannot or do not want to name to avoid pigeonholing it again. Pluritheism has emerged, which is distinct from polytheism. It relates to the belief in various gods, or in the act of idolising what is relative, of absolutising what is ephemeral and of sanctifying what is banal. Pluritheism, on the other hand, refers to the various ways of considering the transcendent, a result of multi-religiosity and the plurality of worldviews, a result of the planetary coexistence in which we find ourselves. Moreover, we are witnessing a resurgence of the pursuit of spirituality, often on the margins of centuries-old religions, a phenomenon called spirituality without religion. Mention must also be made of manifestations of religious conservatism and fundamentalisms, kind of defensive and offensive cognitive and affective entrenchments, as a result of identities that feel threatened. These are inevitable reactions to a cycle of humanity that is coming to an end and another that is beginning.

Heirs of the spiritual legacy of humanity

It is time to inherit the spiritual legacy of humanity. We can group religious traditions into three major clusters: the Abrahamic or Theistic religions, the Oceanic or Eastern religions, and the Aboriginal or theocosmic religions. Each has its merit, and this is the most precious gift they can offer to the others.

The three Abrahamic or theistic religions conceive God as the Totally Other, the relationship with whom is produced by consciousness of the self, since it is in this relationship where the human condition gains the ultimate awareness of its dignity. The fundamental vehicle is the word, so the three traditions are also known as the Religions of the Book. The Bible takes its name from the Latin Biblia, meaning books, bearers of a revealed Word and listening to which the human being grows. More specifically, revelation in Israel becomes a people, in Christianity it takes on a face and in Islam it becomes recitation (which is what the word Qur’an means).

In Aboriginal traditions, experience of the Sacred is inextricably linked to their connection to the land; hence the instinct of reverence for nature so necessary to our civilisation. Their quintessential vehicle are restitution rituals.

In Aboriginal traditions, experience of the Sacred is inextricably linked to their connection to the land.

These three clusters are related to what the thinker Raimon Panikkar coined in the term cosmotheandric reality to convey the inseparability of the cosmic, divine and human dimensions[1]. All reality contains these three dimensions, and each religion reaches its totality through a certain emphasis. We can say that Aboriginal religions access it prominently through the cosmic dimension, with a particular sensitivity for the relationship with nature and what it gives us; Abrahamic religions emphasise the community dimension and therefore interhuman relations, and Eastern religions nurture the inner dimension in particular, resulting in a more detached relationship with the material world. To these three clusters we must add the secular mindset, which is indeed a re-connection with reality.

Today we are more aware than ever of the coexistence of these four approaches and the need to inspire one another to meet the great challenges we face as a civilisation and as a species.

Part of the new paradigm is the awareness of everything and everyone being interconnected. This leads to a comprehensive understanding of reality, which leads to openness and a willingness to listen.

Part of the new paradigm is the awareness of everything and everyone being interconnected. This leads to a comprehensive understanding of reality, which results in a mindset of openness and listening to live with quality and readiness at all times. Through the specific path that each person chooses to nurture this readiness, what must be borne in mind is the extent to which it helps us to remain open to the three constitutive dimensions of reality.

Firstly, towards the transcendent, whatever we call the first and last instance that supports the crux of reality, the Being-beyond-everything and, at the same time, the Being-beyond-all. The gradual opening to the Mystery entails gradual respect for the different paths that penetrate it. This opens up the mystical path. Secondly, toward the human community, growing in increasing ethical sensitivity. Our globalised world calls for knowledge of the complex society in which we live to promote various forms of solidarity and to achieve social change. We are not allowed to be naive. This opens up the ethical path. And finally, towards respect and reverence for the earth. The anthropocentrism of Western civilisation has led to a serious collapse in relation to nature and its resources. Emerging spirituality points in many ways to the need to re-establish ties with the earth. This opens up the ecological path.

This comprehensive – cosmotheandric – approach to reality is a characteristic of our time in which multiple perspectives and disciplines converge. All access is necessary to open ourselves to the mystery of existence and looking after life, the background of which manifests itself in many ways and is not limited in any interpretation.

Xavier Melloni (Barcelona, 1962) is an anthropologist, theologian and religious phenomenologist. Jesuit and scholar of the Spiritual Exercises, he also has extensive knowledge of the texts of various religions.