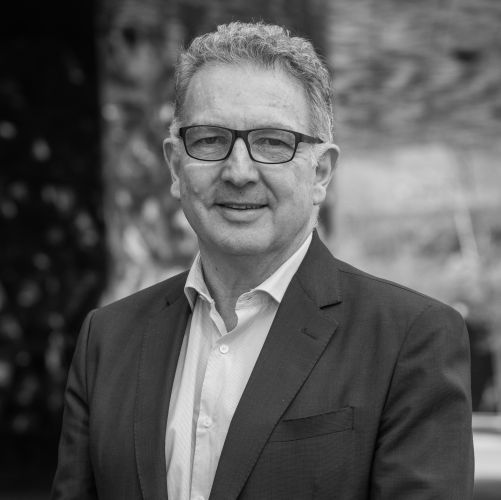 People need to move to interact with one another, to go to work, to study or to shop, to enjoy leisure time or to socialise and be with family and friends. In Barcelona, the solution to sustainable mobility is public transport and, since it is one of the densest areas in Europe, it must have a metropolitan vision.

From a social and equal opportunities perspective, in Barcelona we cannot limit mobility to the immediate environment of the street, the neighbourhood or the municipality, but it must be addressed from the vision of a big city, the sum of towns that make up the metropolis.

Residents of the various neighbourhoods and municipalities work in companies or study in educational establishments located in different towns in the metropolitan area. They attend sports competitions, go to the cinema, the theatre and concerts, play sports and interact with family and friends who live outside their immediate circle. Public transport is the only solution capable of meeting all these needs in the Barcelona metropolitan area. There is no alternative and, insofar as it is accessible to all citizens regardless of their physical fitness or age, it is also a key factor of social equality. In Barcelona, tremendous effort has been made to make the more than 1,000 buses truly accessible and to make sure that most of the 159 metro stations are accessible too.

Every citizen has the right to get around, not just the most active swathe of the population or those with more economic resources. It is therefore important to have social pricing in place like the one that has been introduced in the area of Barcelona. Society must be aware that, for the good of one and all, it must engage in greater efforts to secure the funding of public transport.

In 2019, 627 million journeys were made on the Transports Metropolitans de Barcelona (TMB) metro and bus lines, making it one of the highest rates of public transport use per capita in Europe. If part of this mobility was undertaken in private cars, we would not have sufficient public space, and the traffic gridlock would create absolute chaos. Hence we must be bold in our commitment to sustainable mobility. The aim is for the level of public transport use to double that of private vehicles in the coming years.

Public transport accounted for 60% of motorised mobility in 2018. We are therefore starting out from a good position, one that is better than many other European metropolises. Nevertheless, restrictions on mobility imposed by the pandemic have led to a decline in public transport use. The total lockdown in the spring reduced its use to a minimum, below 10% of its usual demand, and since then the health situation has meant that its use is still in recovery figures in the region of 60%. We must turn this situation around with improvements that make it safer and more attractive. TMB is making a huge effort to overcome this crisis. The availability of metro and bus services is currently the highest it has ever been and at rush hour up to 118% of the usual service is offered.

Of course, another rationale for strengthening the public transport network is the environmental crisis. We are facing a veritable climate emergency that calls for sustainable and effective mobility. Barcelona is internationally recognised for its efforts to incorporate clean energy in public transport, but we must be even more ambitious.

Once the forecast plans have been executed, the metro will constitute a revolution in mobility, since it will allow most of the population of the metropolitan area to connect with interlinked lines.

The L9, a mobility revolution for the metropolitan area

The commitment to completing line 9 of the metro is fundamental. It will link strategic points such as the airport, the port, the Ciutat de Justícia, Fira, the Sagrera station, two university campuses, industrial and logistics areas, residential neighbourhoods, health and sports facilities in Barcelona and four other municipalities. It will be 48 kilometres long and will have 52 stations, 32 of which are already operating. It will serve as a connection in 19 interchanges with other metro lines and with the Rodalies de Catalunya [commuter and regional rail system in Catalonia] and Ferrocarrils de la Generalitat de Catalunya (FGC) [the Catalan government-owned rail company] railway networks, with regional and high-speed trains as well as urban and interurban bus lines. The extension of the branch of the Zona Franca is expected soon, and although there is still no date for the entry into operation of the essential central section, we trust that works will soon be resumed and that the new stations will progressively begin to operate in the coming years.

Moreover, investments will be made in the entire metro network to provide more service to thousands of citizens from different municipalities. Currently, the new Ernest Lluch station, on L5, is under construction, and next year the Trinitat Nova station will be renovated, key to increasing the service on L4. Plans have also been made to increase the service offered by L1 and all lines across the board. Thanks to the new trains to be purchased, occupancy rates at peak hours will be improved and better transit frequencies for users will be established.

Once the forecast plans have been executed, the metro will be a complete metropolitan network that will serve the neighbourhoods of Barcelona and the neighbouring municipalities. It will constitute a revolution in mobility, since it will allow most of the population of the metropolitan area to connect with interlinked lines, in the image of what the metro network offers in cities such as London, Paris or Berlin.

The other cornerstone of the development of an efficient public transport network is the improvement of the bus network. After the great leap marked by the new distribution of TMB’s bus network, the next, absolutely imperative step, must be to improve efficiency, to make getting from one point to another by bus faster and smoother. To this end, priority must be given to buses in specific lanes, as is done in other cities in Europe and as is the case of tram networks. The 211 million users of the 102 TMB bus lines have every right to have their routes prioritised.

We cannot forget, as mentioned previously, the environmental aspect. The aim is to achieve public transport free of polluting emissions and this objective must be achieved using renewable energy, both on the metro and on buses. In the coming years, a clear commitment will be made to zero-emission electric buses, buses running on biogas with zero environmental impact and, as a major development, hydrogen buses. Barcelona aspires to be the leader in Europe in promoting and using hydrogen in public transport.

Two thirds of TMB’s vehicles are low-emission (hybrid, electric or natural gas). Between 2021 and 2024, 40% of the fleet is to be renewed, which will allow 200 electric buses to be introduced.

The starting point, the result of a first environmental conversion, is already noticeable: two thirds of TMB’s vehicles are low-emission (hybrid, electric or natural gas). Between 2021 and 2024, 40% of the fleet is to be renewed, which will allow 200 electric buses to be introduced. In the coming months, the first 100% electric bus line with opportunity charging technology will be launched, a system that allows batteries to be charged more rapidly: it will involve line H16, with 22 articulated buses. Lines H12 and V15 will be added to this line, and there will soon be 60,000 daily users of zero-emission electric lines that will link our network end-to-end over more than 50 kilometres.

The fact that TMB manages both the metro and the buses will facilitate the development of a major energy efficiency project, optimising the use of green electricity for the operation of buses and trains and thus advance in a coordinated manner towards the zero-emissions target.

As regards hydrogen buses, worth noting is the major step forward marked by the forthcoming operation of the first buses and the installation of the hydrogen charging station in Zona Franca, which will also be open to other hydrogen initiatives that may be developed by other agents.

In sustainable mobility, intermodality will play a central role. Public transport will be the main form of transit, complemented by other sustainable modes of transport, such as vehicle sharing for longer distances, and bicycles or scooters for last-mile journeys. Without forgetting, of course, the most sustainable and healthiest means of getting around, i.e. on foot, to travel short distances and enjoy the city at the same time. As an indication, the average distance travelled in each journey is five kilometres on the Barcelona metro and three kilometres on the TMB bus network.

TMB also aims to be a benchmark in Europe in the technological aspects of mobility, and Barcelona was one of the first cities in the world to have automated metro lines.

In the coming years we will also progressively see the emergence of mobility with autonomous vehicles. While safety and technology still need to be improved, they will undoubtedly play a key role. We must be prepared to incorporate them. TMB also aims to be a benchmark in Europe in the technological aspects of mobility, and Barcelona was one of the first cities in the world to have automated metro lines.

In the immediate future we are going to witness a major evolution in the aspects related to citizen information, access systems to means of transport, payment systems, and so on. Digitisation will afford public transport much more versatility and will facilitate the optimisation of resources and infrastructures. We want Barcelona to be a benchmark in the world in this respect too.

We must be very ambitious in the current projects if we wish to be prepared for totally clean internal mobility. We cannot waste time and we must also do it all together, with a major social and political consensus. The climate emergency affects us all and we cannot shirk our responsibility towards future generations. We are now facing a terrible health crisis due to the COVID-19 pandemic, but we must prevent another crisis caused by pollution, the consequences of which can also be catastrophic. Public transport is called on to play a fundamental role.