The Museu Etnològic i de Cultures del Món's Montcada Venue is located in the Nadal and del Marquès de Llió manor houses in Carrer de Montcada, in the heart of the old city. Carrer de Montcada is a hub of highly important medieval architecture, with museums and well-conserved historic buildings, and it was declared a Historic-Artistic Monumental Site in 1947.

The actual building is the result of an architectural intervention on the above-mentioned two historic Carrer de Montcada buildings; Casa del Marquès de Llió and Casa Nadal. The remodelling began in 2013 and the museum was inaugurated in 2015, with the presentation of a large collection of material cultural heritage from various cultures in Africa, Oceania, Asia and the Americas.

The architectural and the museographical intervention both placed emphasis on adapting the installations and systems to the buildings’ use as a museum, without forgetting the conservation and renovation of invaluable medieval architectural elements.

The use of modern museographical resources places emphasis on the sober presentation of cultural heritage exhibits from around the world, brought together in the city in the late 1940s by various collectors and public institutions, such as the Museu Etnològic. 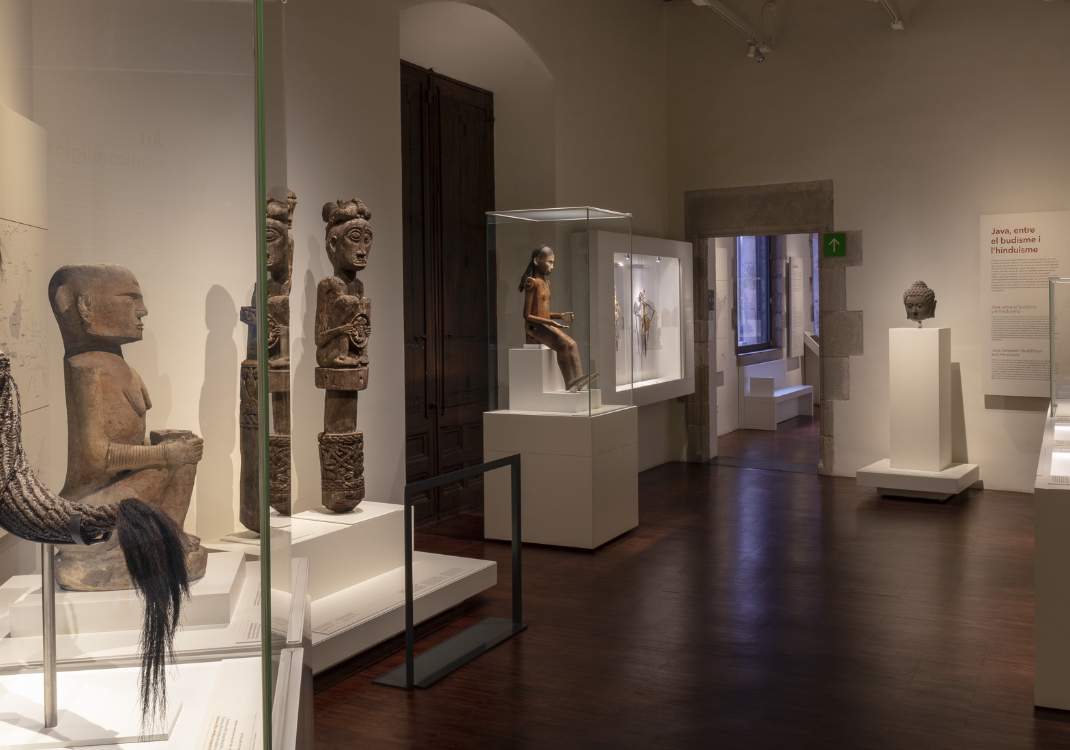 With regard to the architectural intervention, the unification of the two buildings was conceived from a horizontal and vertical perspective. In the former case, this was focused on the fluid circulation of visitors through the exhibition halls. In the latter, it focused on the creation of two stairwells, allowing a connection between the various architectural spaces.

The restoration of the architectural elements included the renovation of exterior woodwork, the windows and doors, which dated back to the 18th century. The interior façades were also renovated, along with the 14th century panelled Gothic ceilings in the Marquès de Llió manor house. 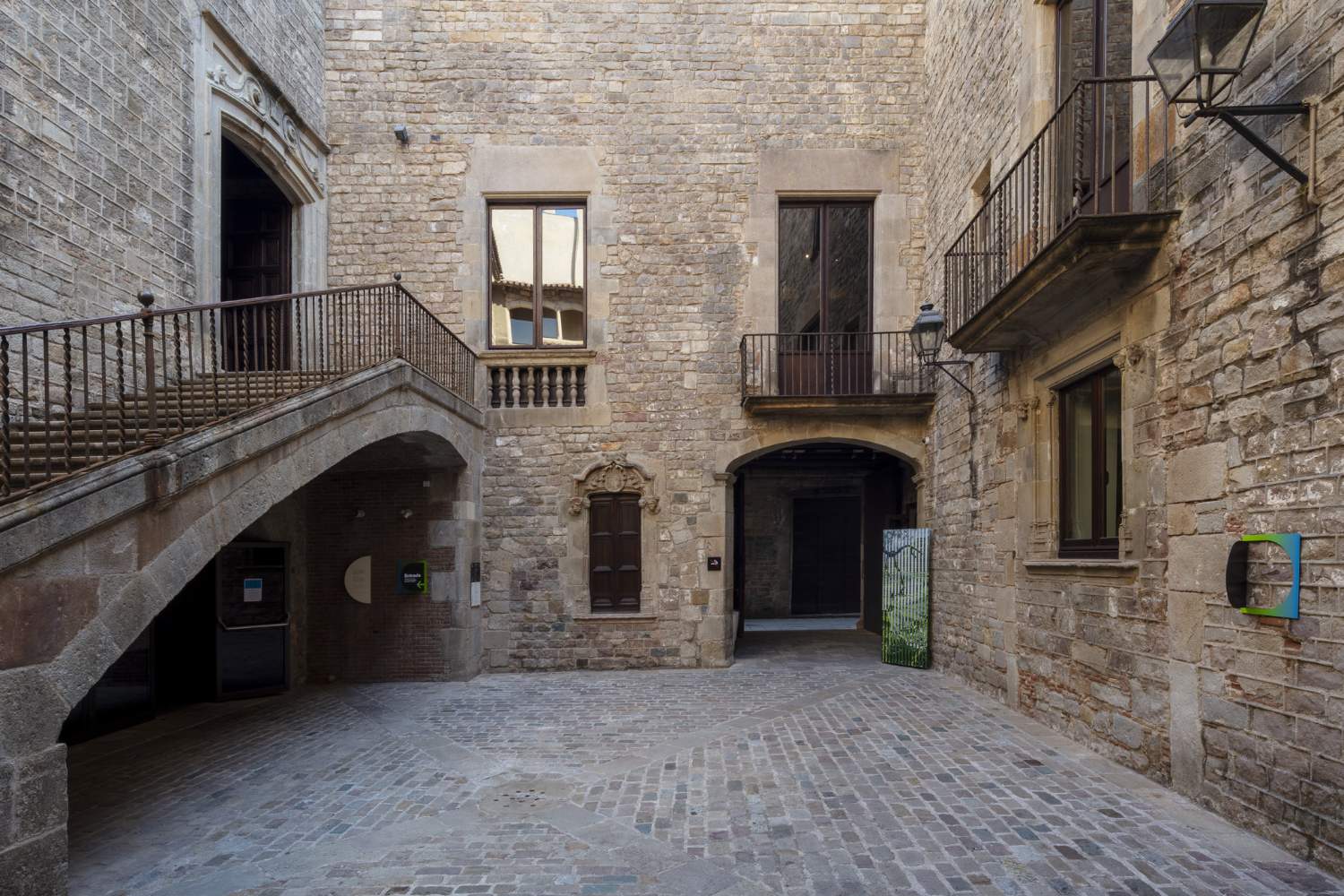 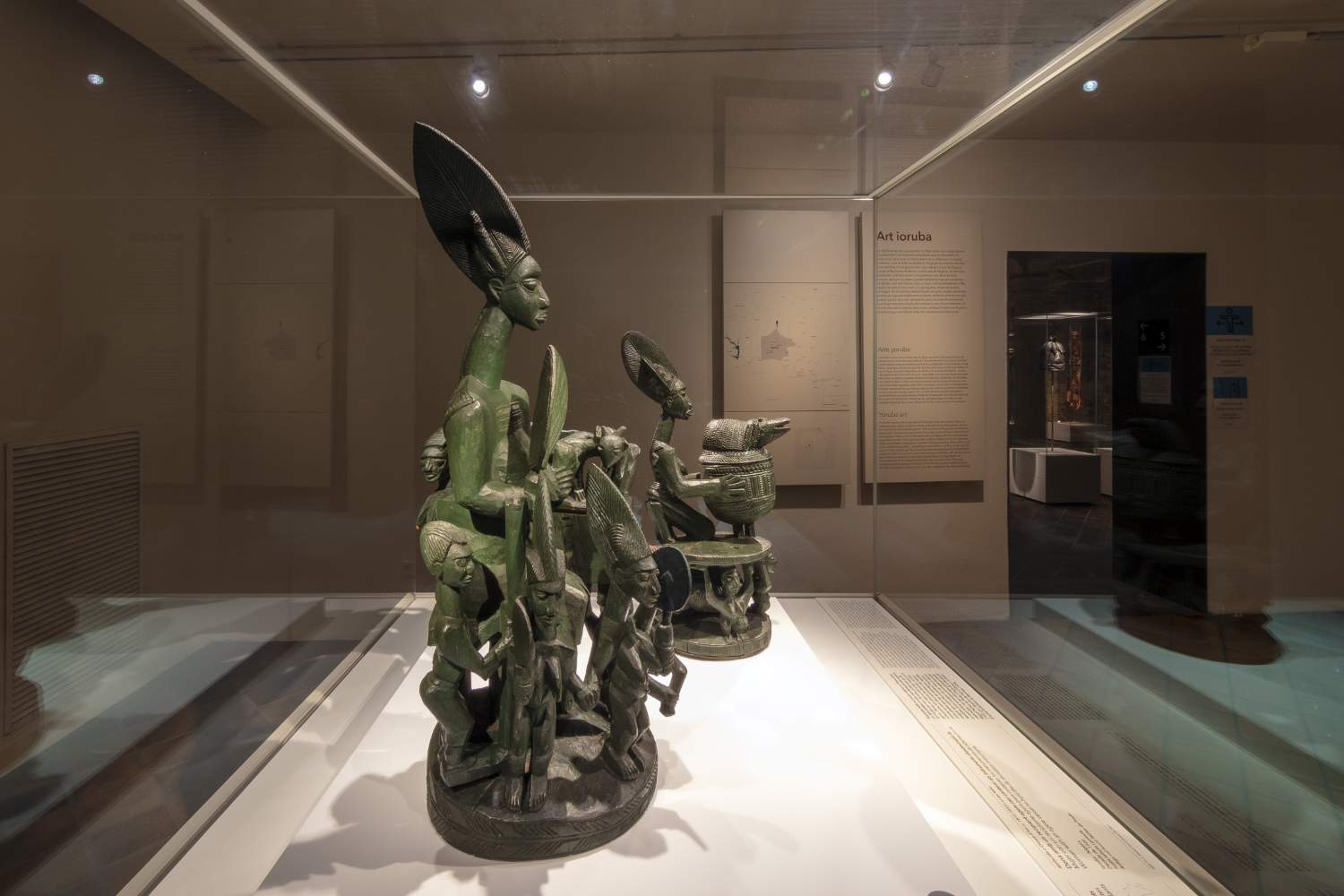 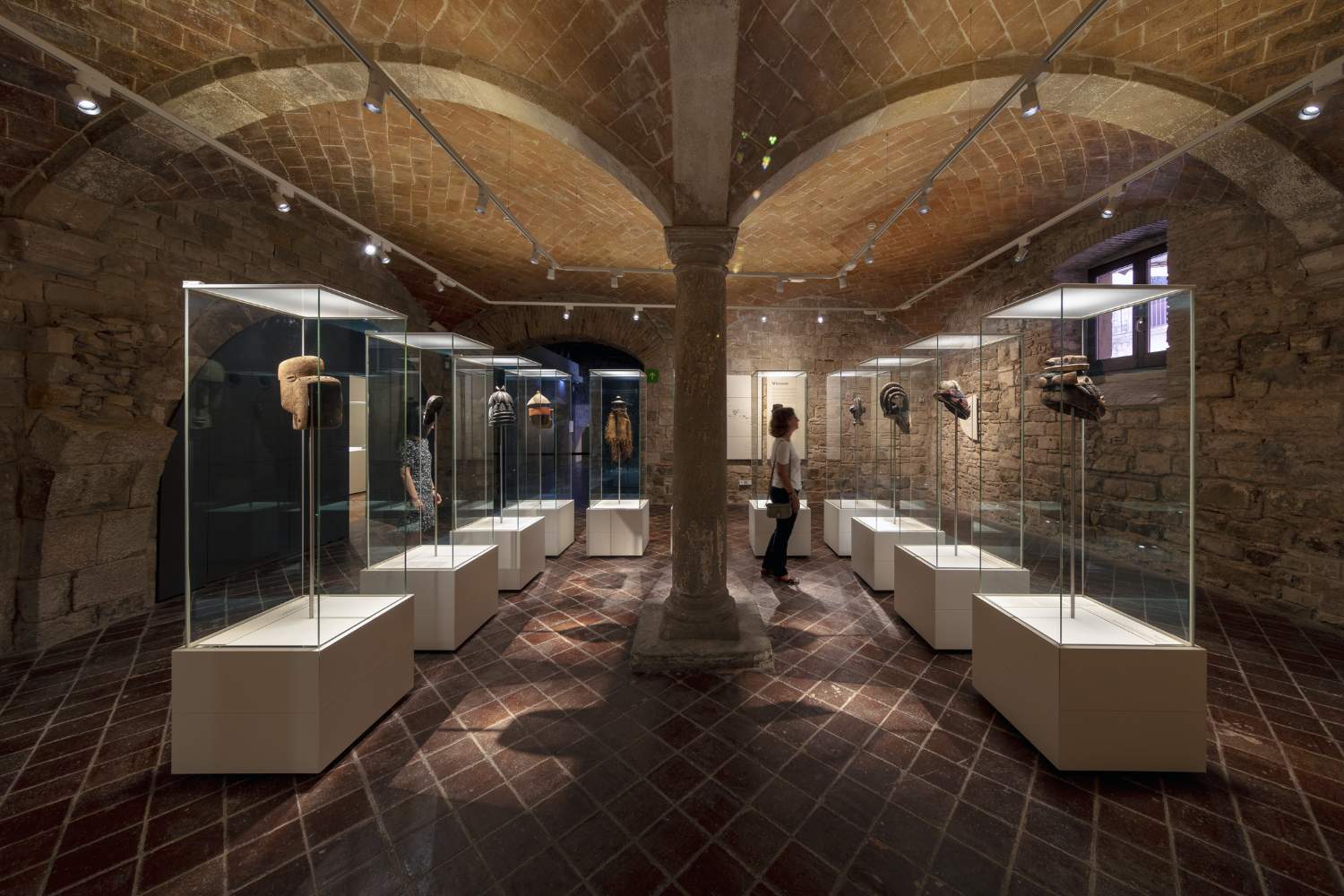 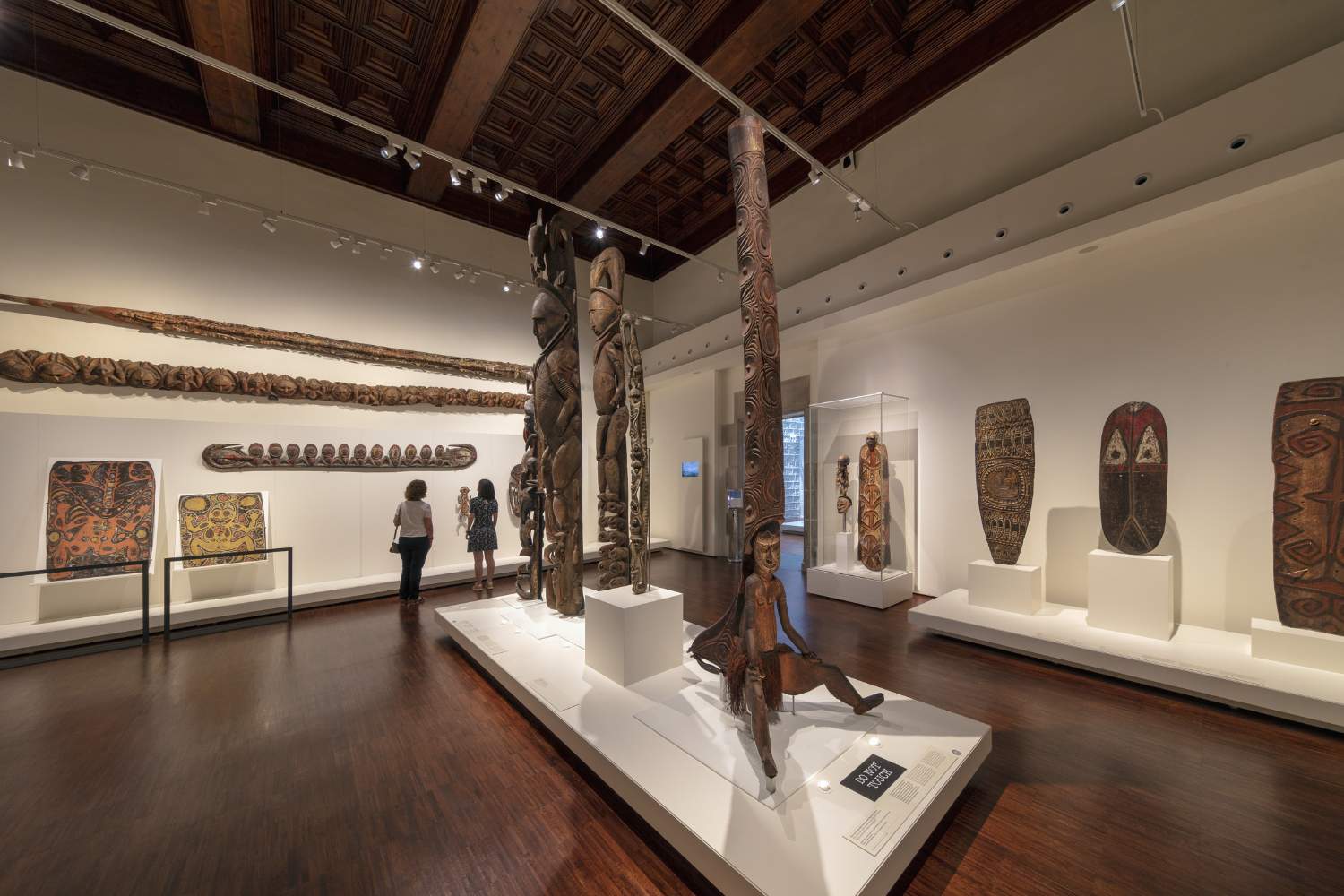 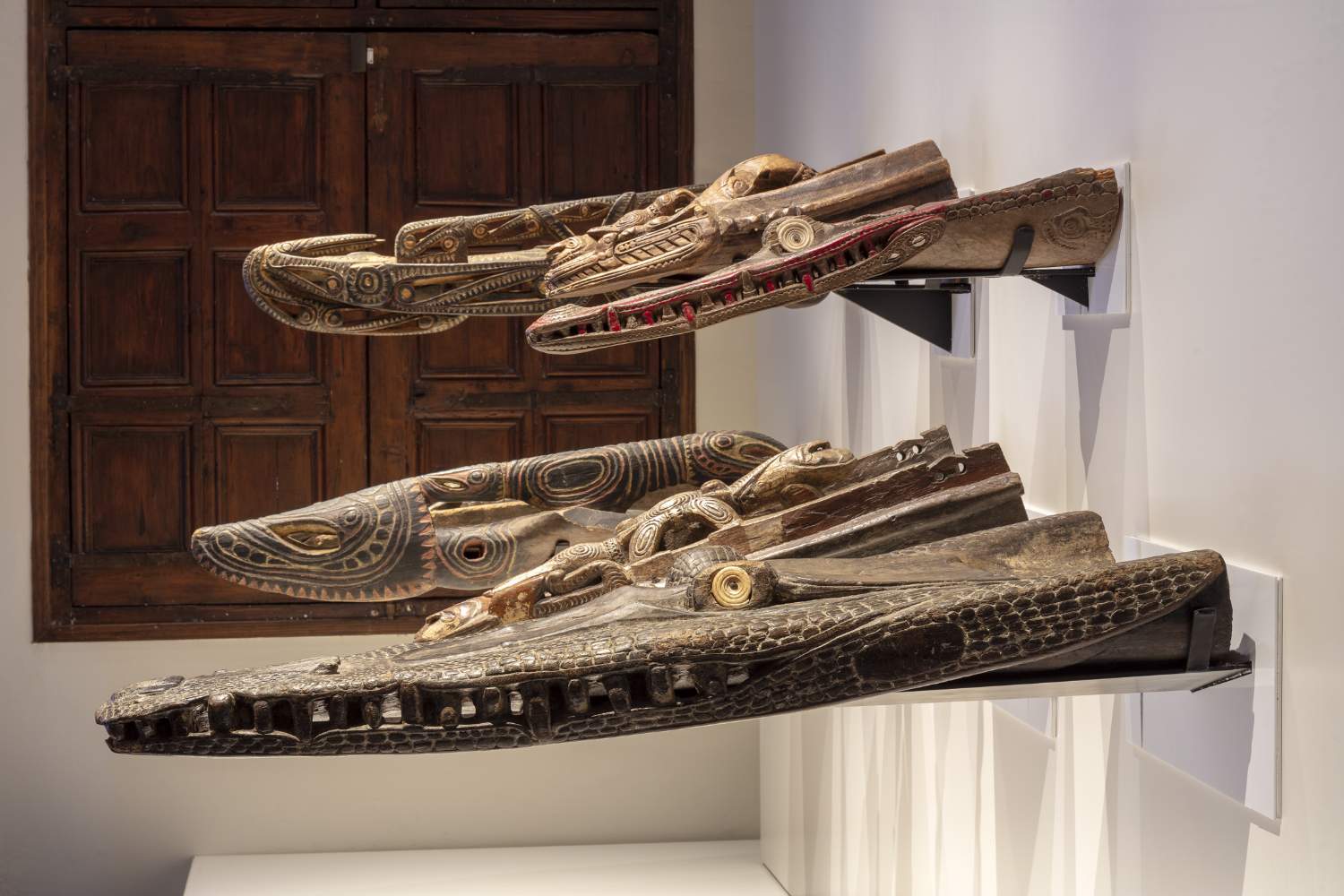 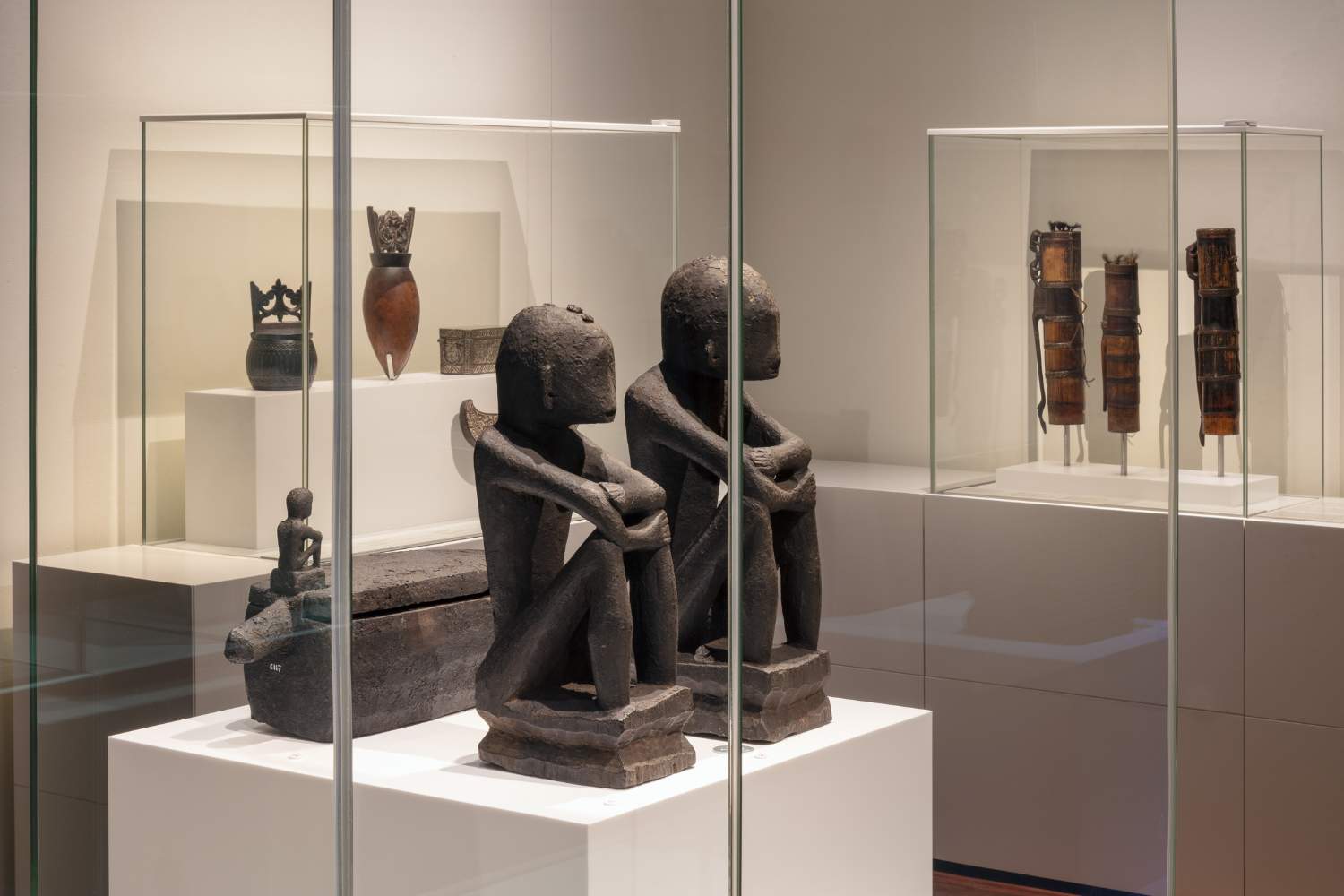 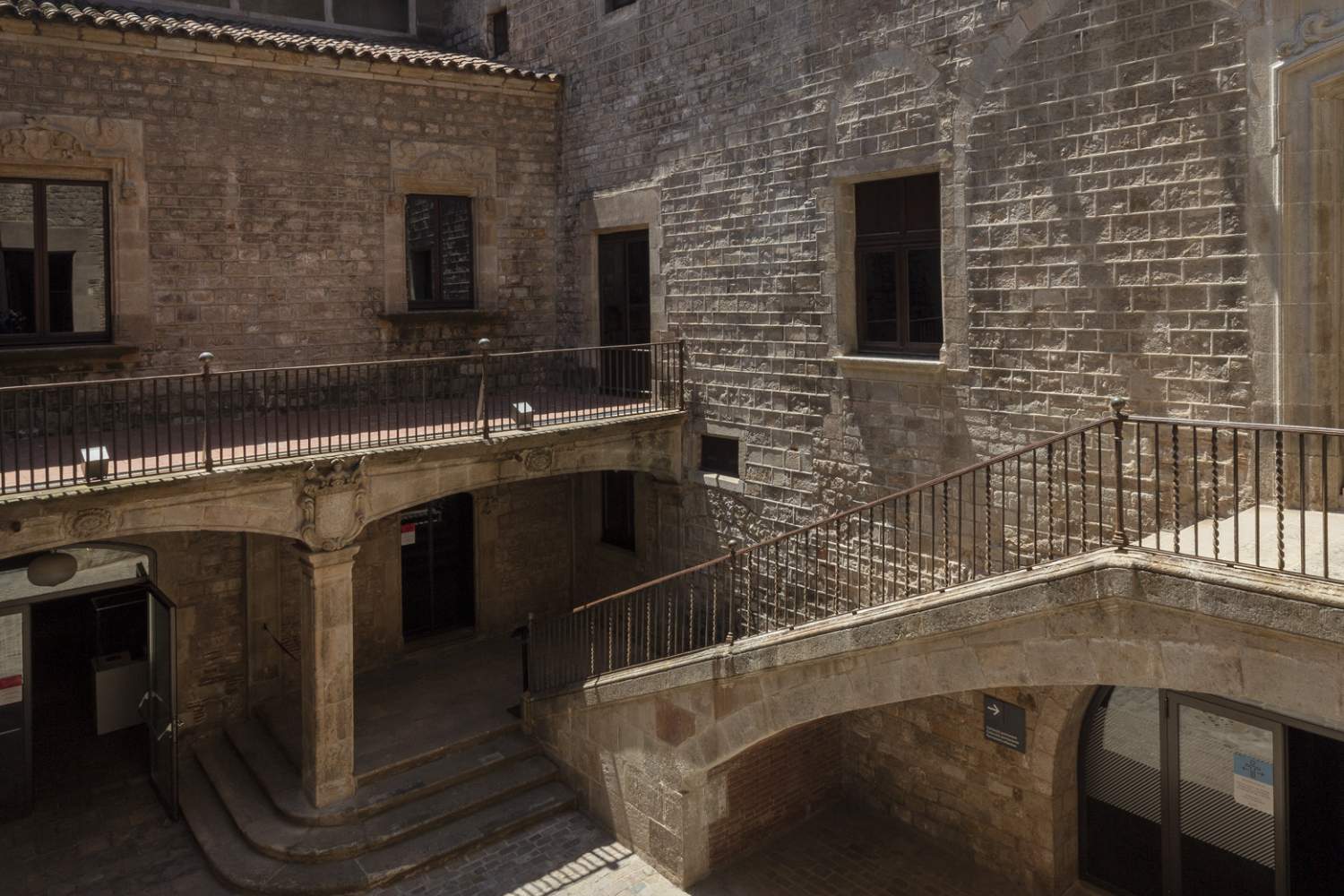 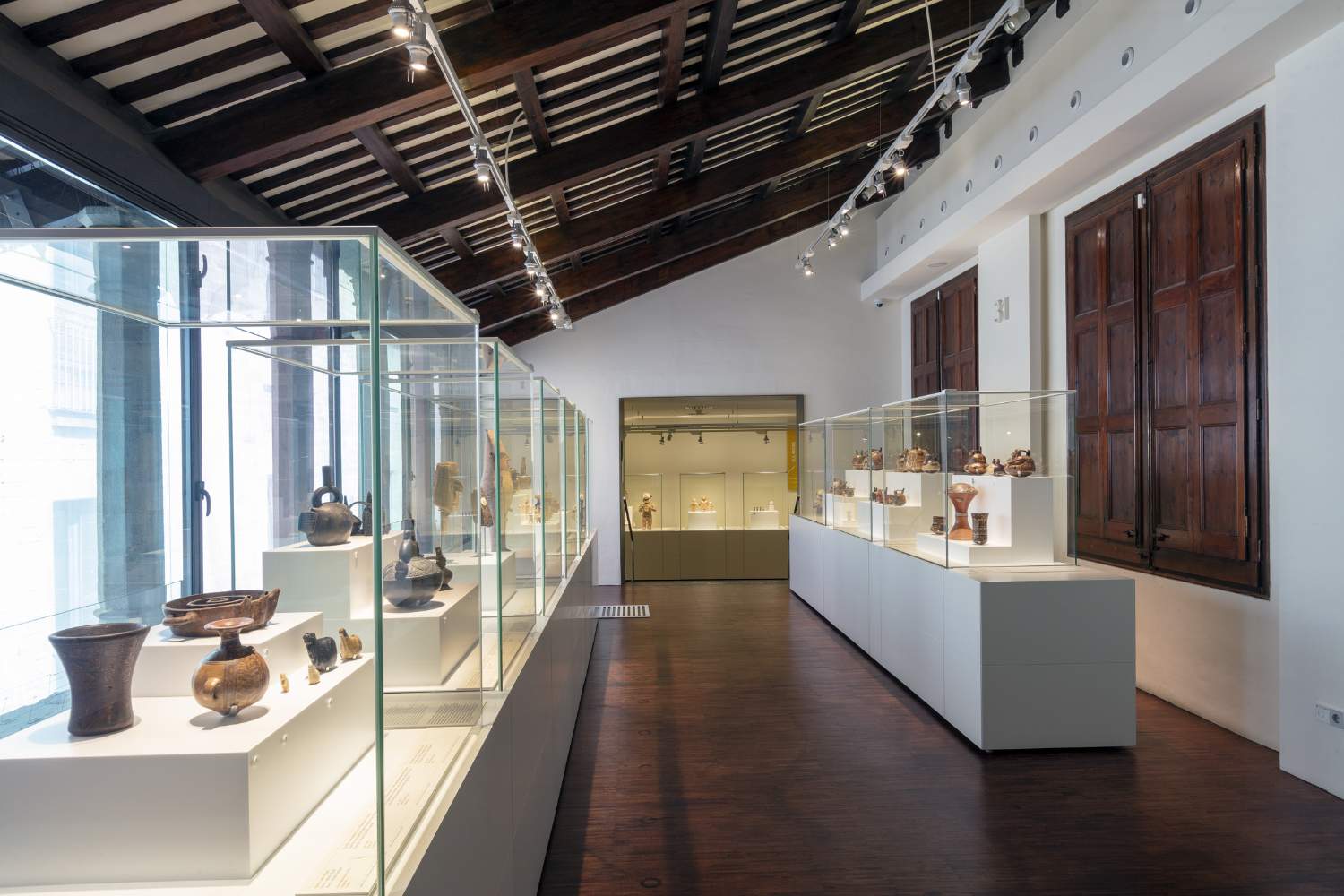 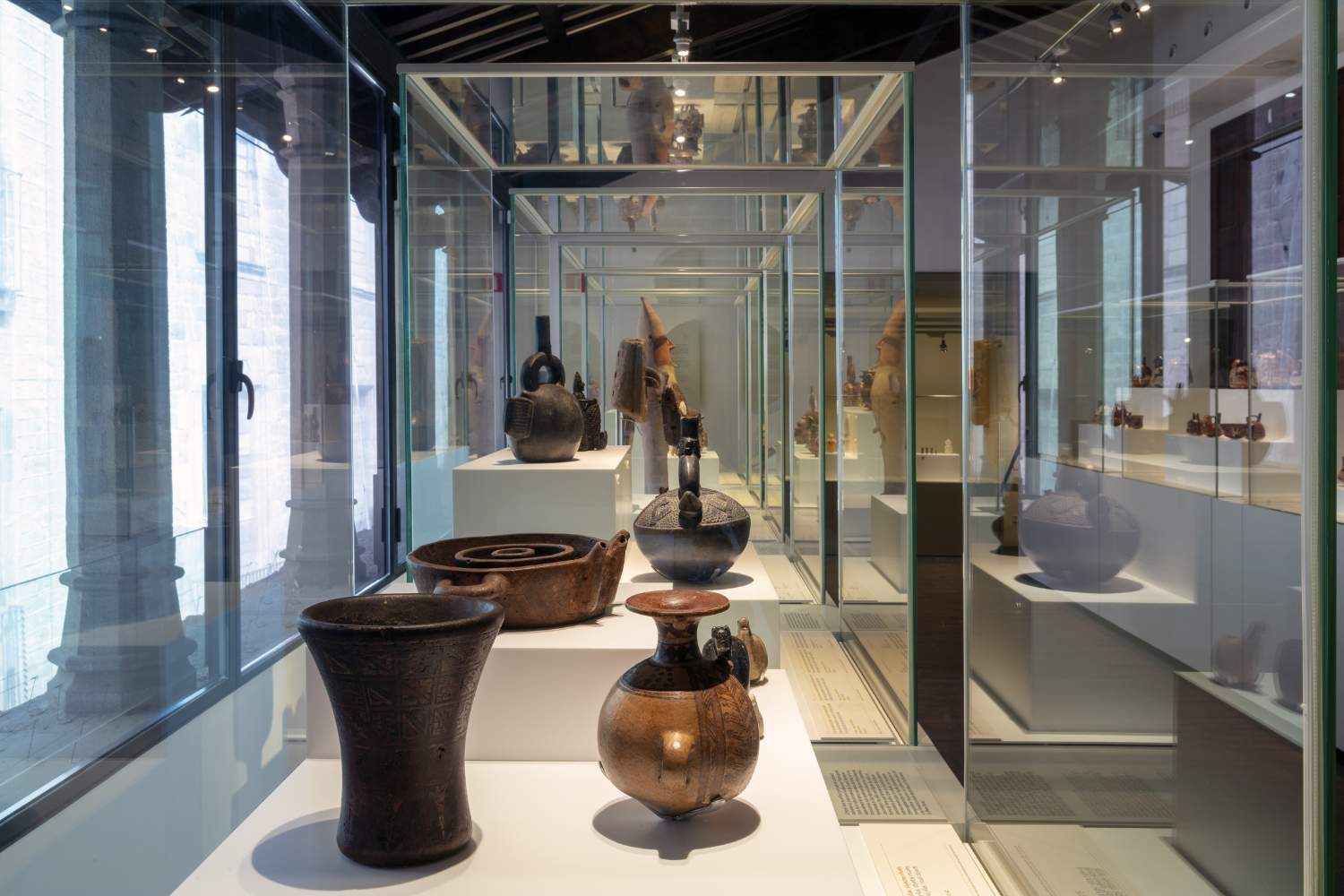 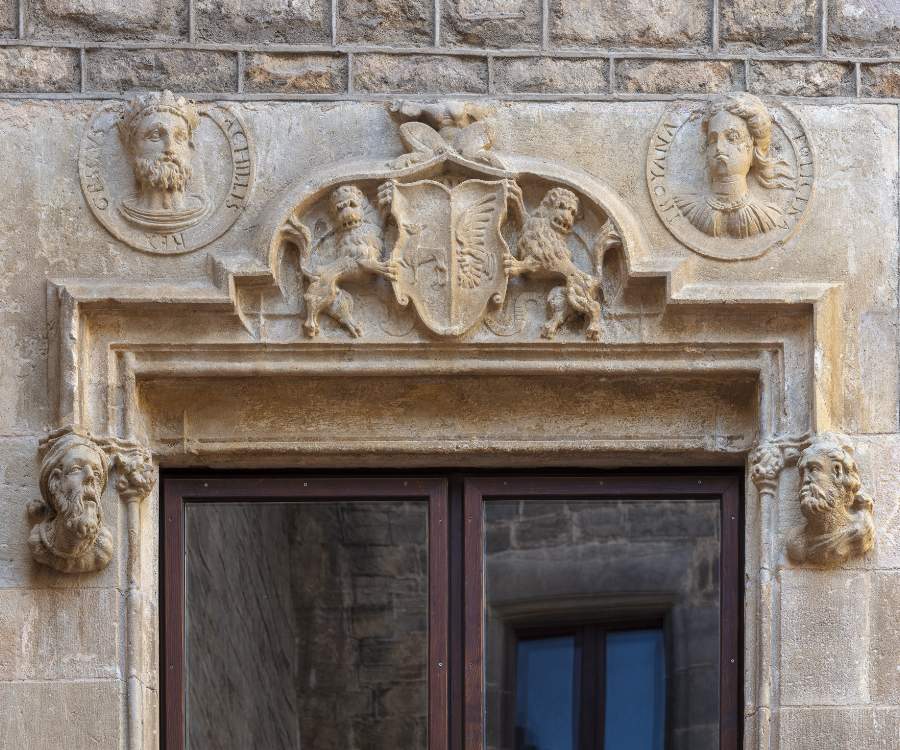 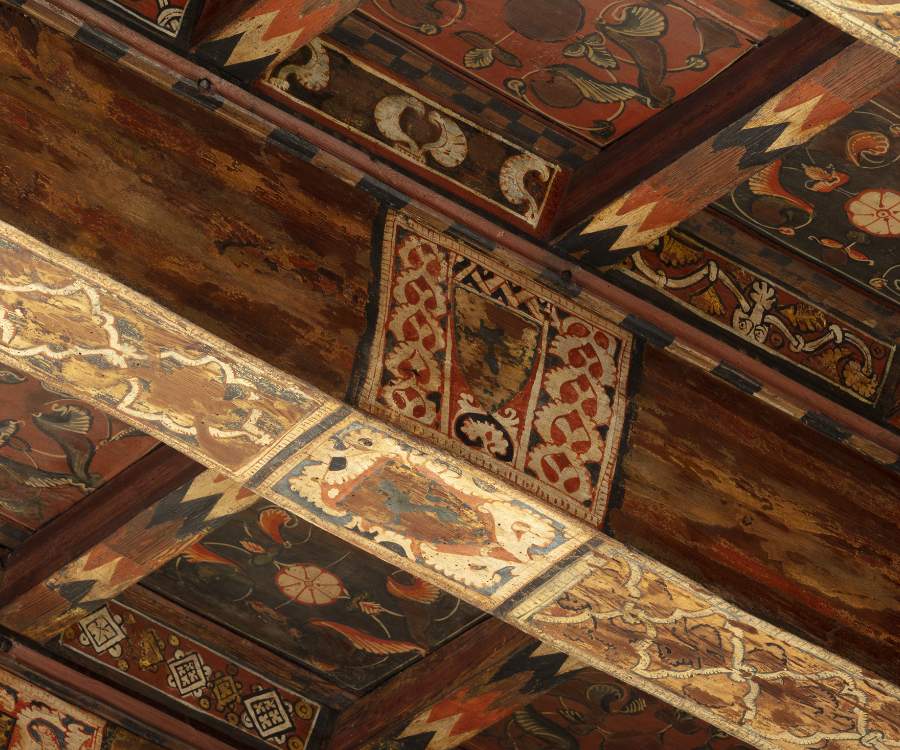 La Casa Móra, or the Casa Marquès de Llió, with its medieval polychrome beams, is a large residential house dating back to the second half of the 13th century, with façades on two streets which are chamfered where they meet. The main façade is on Carrer de Montcada.

In 1705, the property was acquired by the father of the first Marquès de Llió, from whom it takes its name. It is the result of joining together three buildings. It is a three storey building, except for the main façade which includes a tower with an additional floor.

In spite of successive renovations, the main building conserves the original structure of the house, built between dividing walls, with a rectangular body and a tower at one end, organised around a central courtyard with a main stairway leading to the first floor. Originally, it had a larger courtyard, with a portico featuring rounded arches, which was reformed in the second half of the 14th century, and on the upper floor, a covered gallery (solarium) supported by small pillars on the exterior façade and archways in the interior.

Two first-floor rooms conserve a noteworthy set of polychrome beams from the 14th century, unique in Barcelona, which are of great artistic quality and historical value, given that they show the programme of private residencies in the city during that period. In the 16th century, some windows were added, and during that century and the following one, the building was extended by means of various purchases, which made it possible to add the side and rear structures. It is possible that major adaptation work was also carried out. The work carried out in the second half of the 17th century includes the opening of balconies into the façade. 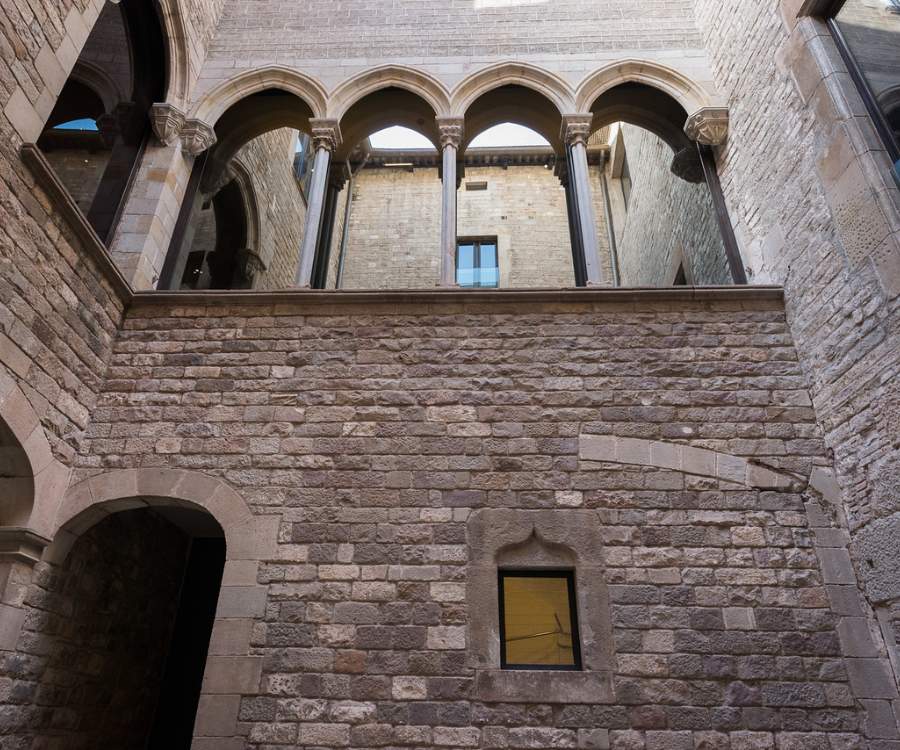 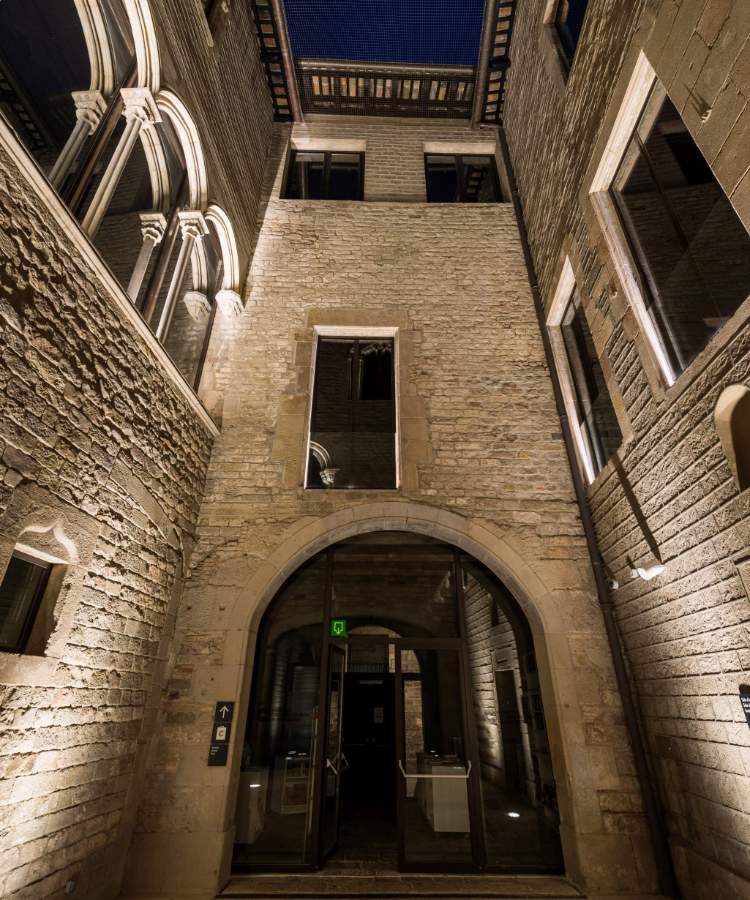 Casa Nadal can be defined as a house with portraits on the windows. The present-day Casa Nadal is a three-storey residential house, resulting from the union of two 14th century buildings that Jeroni Nadal turned into one in 1637. It was owned by his family until the last third of the 18th century and it is named after them. The structure of the main building is of a medieval type, featuring a central courtyard with a gallery of pointed arches on the first floor, a façade with a tower originally on the right-hand end and a covered gallery (solarium) supported by columns on the upper floor. However, it does not have a main stairway leading to the first floor.

Today's building is the result of various renovations and additions. Windows were added at the end of the 15th century and during the 16th century, including the one located on the ground floor of the façade, decorated with the busts of a man and a woman, which are supposedly the portraits of the merchant who acquired the house in 1546 and his wife.

From 1789 onwards, it included the present-day entrance gate and the balconies on the first floor. It is possible that the main courtyard staircase had been removed some years before. As with other buildings, it was modified in the 19th century, to turn it into a neighbourhood facility, and various organisations were located there, including recreational, hiking and social associations.

Barcelona City Council expropriated it in 1967 and began construction work in 1971, involving large-scale modifications to the main building, which would conserve most of the façade with its original appearance. This intervention extended the solarium gallery, as the original tower was eliminated and some openings were modified; the first-floor gallery of the main courtyard was also included. From 1997 to 2010, the building housed Barcelona's Barbier-Mueller Pre-Colombian Art Museum.

Study the restoration process on the Palau de Marquès de Llió's beams, carried out during the renovation of the Nadal and Marquès de Llió manor houses, prior to housing the Museu de Cultures del Món, inaugurated in 2015. 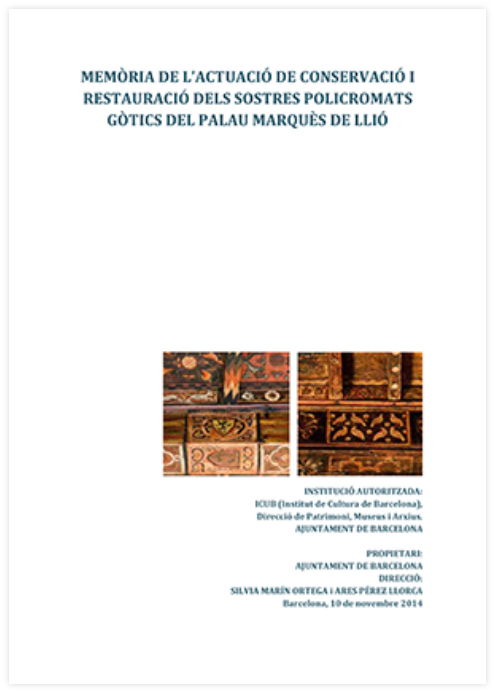