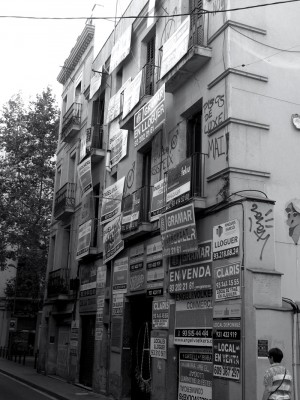 A block of flats in Ciutat Vella, Barcelona, occupied in protest over its planned conversion into luxury flats.
Photo: Vito Redaelli

We are at a key moment for the identity of our cities: at stake are their authenticity and their ability to regenerate while avoiding urban and social uniformity. Here we describe the experiences, new or established over time, of eight cities that are standing up to the phenomenon of gentrification.

In the Greek polis, where the modern European city has its roots, city and state were one and the same and every citizen was a politician –in other words, they took an active part in collective decision-making. The urban sphere was where the chief innovations took place, where problems made themselves felt and where social identities were measured. Nowadays, apparently ungovernable phenomena surface there that affect the relationship between the physical sphere (the city) and the social sphere (the citizens).

Gentrification is one of these phenomena. While the real estate bubble lasted, the problem was indiscriminate building and land usage, but today our cities are under siege from this same speculation in our homes, among the inhabitants. The marked dichotomy between global economy and local culture mainly affects urban settings where heritage value is higher and the effects of the crisis are more severe, as in the cities of the Mediterranean. We are at a key moment for the identity of our cities: at stake are their authenticity and their ability to regenerate while avoiding urban and social uniformity.

We need to find new mechanisms for social innovation and governance that will guarantee the reactivation of an urban heritage that is also the physical sign of an intangible heritage: the community life of its inhabitants. We can not achieve urban sustainability without social sustainability. Establishing anti-gentrification measures and policies is fundamental for guaranteeing the right to the city today and for making progress towards a Europe of the cities and of citizens that is intelligent, sustainable and inclusive.

Gentrification, which is often associated with an increase in the influx of tourists, originates in the dynamics of the housing market, in the practices of investment funds keen on new contents and in some of the urban regeneration projects carried out by the administration itself. We can learn a lot by looking at the measures against gentrification that are put into practice in some cities, and this will help open a debate on common policies to implement in the framework of a citizens’ network. Below we provide a summary of projects, initiatives and measures by public or citizens’ bodies which have had favourable effects for citizens and avoided traditional residents being driven out of European city centres. 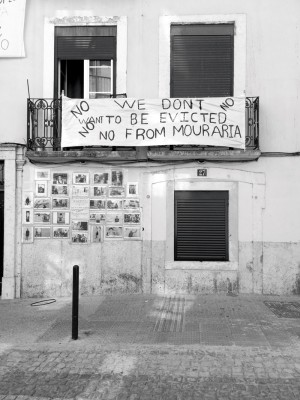 Banner protesting over the driving out of residents in the Mouraria neighbourhood in Lisbon, one of the areas of the Portuguese capital most affected by the conversion of housing for tourist use.
Photo: Gaia Redaelli

The case of Lisbon is possibly one of the most significant on account of the speed of the changes affecting the real estate market. In recent years, following the approval of certain regulations by the state, a large part of Baixa Pombalina and neighbourhoods like the Mouraria or the Alfama have been completely transformed due to large-scale purchases of buildings by foreign funds and their rehabilitation as tourist lodgings. To prevent residents being driven out of these central areas, the ‘Morar em Lisboa’ movement was born, bringing together dozens of associations and individuals and promoting public debate on the housing problem and the excessive tourist monoculture.

In early 2000, in face of the difficult economic situation that followed reunification, Berlin City Council chose to sell off public property, including part of the municipal housing stock. These dynamics, along with the relatively low prices of the housing, brought on a partial gentrification which is now spreading from the east to the west and, in general, to the urban sector bounded by the S-Bahn, Berlin’s railway network.

Among the anti-gentrification measures taken by the administration, since 2015 a regulation is in place that forbids rent increases of more than 10% above local average prices per square metre. Certain special protection areas have also been established. The civil society, for its part, has undertaken some important initiatives, such as the cooperative rescue of buildings from the former municipal stock and measures to segregate land ownership from usage, as long-term anti-speculation measures. 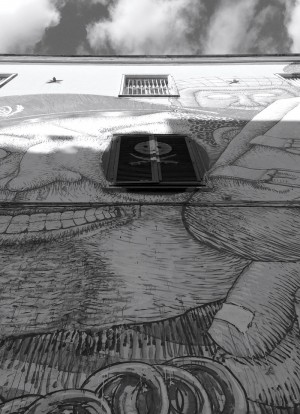 Naples is like Barcelona in several ways: the presence of the sea, a comparable topography, a very active social fabric in the working-class neighbourhoods and a very considerable social mix even within the same building. Its particular sociology –its ‘anarchic condition’– has in recent years been combined with innovative actions proposed by its municipal government, particularly joint management actions by the administration and the community.

In 2012 the City Council approved the Delibera dei beni comuni, which established the relationship between heritage and the common good: the administration acknowledged that every municipal building had a collective purpose and implemented its public activation by granting right of use. Following the directive, seven important sites have been activated by citizen groups experimenting with innovative forms of management, contributing to the generation of socio-cultural neighbourhood services and guaranteeing the upkeep of built heritage. 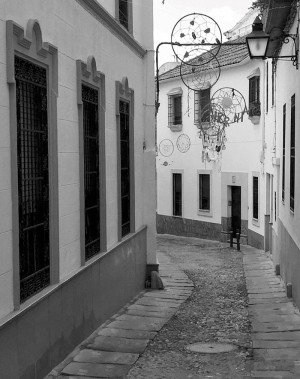 Calle de la Axerquía in Cordoba, where a new strategy for urban reactivation is being tried.
Photo: Carlos Anaya

Cordoba’s potential lies in its patrimonial nature, more than its tourist value. The historic city centre is a UNESCO World Heritage Site and since 2012 the courtyards of the Axerquía are intangible heritage. Cordoba must take advantage of this situation to rethink its history and embrace this paradigm shift which gives heritage the role of activator for the city and its citizens.

PAX-Patios de la Axerquía is a strategy for urban renovation that pursues sustainable improvement in the city centre without increasing pressure from tourism and without socially alienating heritage areas. The rehabilitation of abandoned courtyard houses by housing cooperatives is intended to recover the city’s environmental value and update its history on a contemporary note. 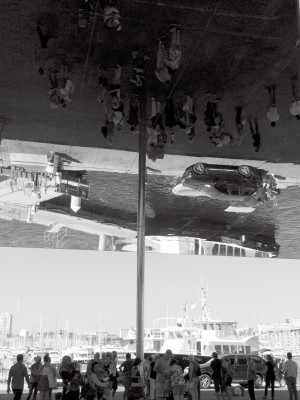 The Old Port in Marseille, a city where the Hôtel du Nord residents’ cooperative has created a sustainable tourist offer.
Photo: Gaia Redaelli

In 2013, European Capital of Culture status brought important urban changes to Marseille: renovation of the old port, work on public spaces and rehabilitation of significant buildings for cultural purposes. A marked interior imbalance is causing residents to be slowly but inexorably driven out towards the periphery.

Since 2011 the Hôtel du Nord residents’ cooperative takes advantage of the heritage to improve living and working conditions in the most vulnerable neighbourhoods. Made up of 70 individuals and organisations, it offers accommodation for tourists, alternative heritage tours, visits to artisans and sale of local products. It is working with the French government on the creation of a national federation of sustainable tourism cooperatives and has been recognised as a best practice by the council of Europe. 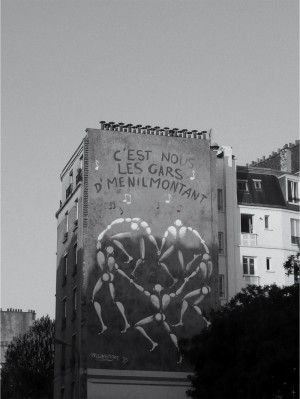 Building in Paris’s central districts, where citizens’ initiatives have been launched to re-appropriate the neighbourhoods as part of a strategy to stop gentrification.
Photo: William Bianchi

In general, the city of Paris, except for the most bourgeois neighbourhoods, preserves a high level of diversity thanks to a varied offer in housing and services. Although, according to the severest critics, the local government is promoting a process of low-intensity gentrification that favours the middle classes to the detriment of workers, both public authorities and social movements are carrying out interesting anti-gentrification plans.

The city promotes public housing stock in the central districts and since 2013 has set up a watchdog to analyse gentrification in relation to the development of the new Grand Paris Express underground. Some citizen initiatives pursue the re-urbanisation of unused spaces through community activities, with re-appropriation of the space for residents and the creation of new collective sites and practices.

Vienna stands out for its historically well established social housing system, which is completed with consistent housing benefit and the assignment of municipal resources to rehabilitation. These policies help to keep rents down and therefore favour the preservation of social and functional diversity, even in the city centre.

Vienna could therefore be described as the anti-gentrification city. Its example provides the opportunity to prevent the phenomenon in advance and to redefine it to include the less obvious processes of social or cultural marginalisation. Promotion of public rented accommodation –which has been going on for a century– extends to 220,000 apartments, with a similar volume for social housing and, alongside this, a policy of low-intensity urban regeneration that gives priority to fixed tenants in order to reduce displacements. Special attention is also given to the protection of certain buildings and residential complexes as monuments.

The five areas of work in Greater London

London has become a privileged area for real estate investment, thanks to a special tax regime and the scarcity of social policies on housing. Gentrification is the result of the economic success of the city, which is suffering from a considerable property bubble and the elimination of its original social fabric.

Nevertheless, the administration has recently shown greater awareness of the problem. At the same time as the government put forward measures to modify the market, Greater London defined a strategy with five areas of work: building more homes for Londoners, providing affordable accommodation, promoting high-quality homes and inclusive neighbourhoods, backing fair agreements between tenants and private landlords, and tackling the problem of homelessness. To increase the rate of housing construction, which is the main priority, the administration intends to involve all stakeholders, such as housing associations, which are private, non-profit organisations whose mission is to provide social housing for the underprivileged.

One thought on “European atlas of the fight against gentrification”