Aside from making the nativity scene at the church, they also set one up in the district offices where, each year, they include a surprise. As well as these, they make one at the headquarters of the Coordinadora de Geganters de Barcelona (Barcelona Giant Makers Coordinating Committee) and another with a humorous touch at the Casa dels Entremesos. This one is made with Iakaré handcrafted figures representing Ciutat Vella's giants and other festival figures. In addition to all this, they organise exhibitions of the dioramas made by the Escola-Taller de Pessebres de Barcelona (Barcelona Nativity Scene Makers' School-Workshop) and talks on the nativity scene tradition. Since 2012, they have organised visits by the capgros Esperit de Nadal to various places round the city. This Spirit of Christmas is a big-headed figure who has a different nativity scene on his bald head every year. 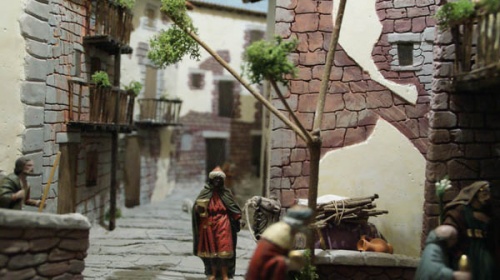 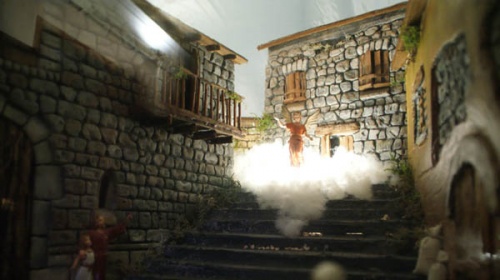