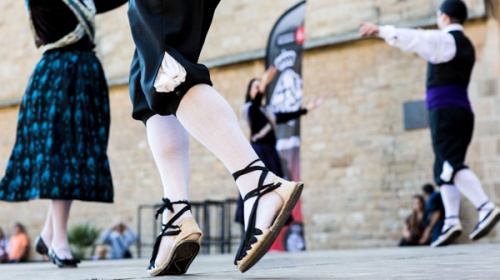 In the county of Les Garrigues, at a spot known as the Roca dels Moros (Moors' Rock) in El Cogul, there is a site where we can find what might be regarded as the oldest evidence of dancing in Catalonia. Paintings on a cave wall over 7,000 years old that show some women dancing round a clearly male figure. We also have the comments of Joan Serra, a teacher and choreographer now deceased, who said that we dance in our mother's womb.

Two examples that demonstrate dancing is an inherent characteristic of human beings and a communicative activity in collective human practice. Taking that a step further, in the area we are interested in, it is a vehicle for expression in all kinds of festival rituals.

In Catalonia, this practice of body language based on rhythmic gestures is defined by what we could call "dance geography", which shows us that traditional dances follow natural and population paths that coincide with fairs and markets, the seasonal movements of farm animals, etc. So we could establish fairly precise areas for jotes, Gypsy dances, balls parlats, etc., where balls de bastons and sardanes would be the most widespread and most firmly established in the country.

Today dancers are organised in associations that cross age and class boundaries, and whose activities go beyond dancing. That means they are the cultural and social driving forces of many communities.

We should also mention those groups and individuals that have encouraged, promoted and popularised dance simply as a leisure pursuit, in streets and squares, and who have managed to turn their initiatives into regular dates in the calendar. 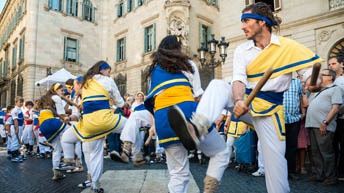 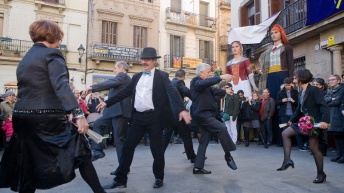 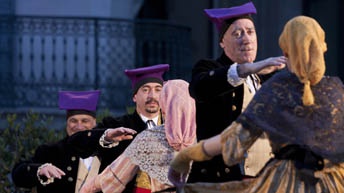 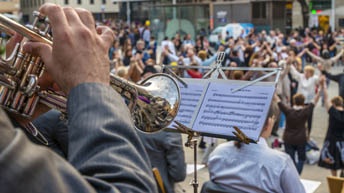