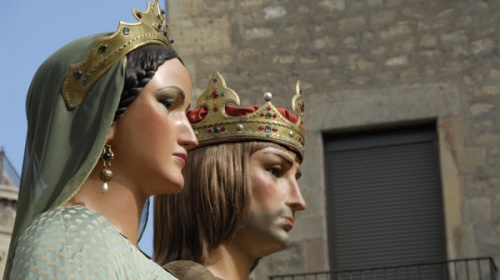 By festival imagery we mean all of the large human and animal shaped figures and bulky carcasses, which are either put on and carried or dragged along by porters, that take part in the cercaviles, seguicis and other processions and parades. Some are realistic-looking, other have fantastical images, and they feed our imaginations. We are, of course, talking about gegants (giants), capgrossos (big heads), nans (dwarfs) and beasts, like dracs (dragons), mulasses (huge mules), àligues (eagles), and so on.

Since ancient times, one of the features of the Barcelona festival has been the importance of street events, especially large  processions and lavish parades. Numerous documentary references tell of events such as the entries of royalty and important figures and religious celebrations, which include a significant presence of various festivities, including giants and beasts.

Most notable of all the celebrations is Corpus Christi, which has been observed in Barcelona since 1320. Corpus, and in particular the procession, led to the creation of a theatrical performance in which festive imagery had a leading role. It also defined a specific way to understand the festival and its ritual. Today we can still see its legacy in many of our celebrations.This is continued by the gegants, bèsties, the community dances and many other elements that are alive and kicking in the festes majors, the main festivals, throughout the country.

In Barcelona a lot of people are involved in the festival imagery, it is very dynamic and has led to the creation of many strong associations. The neighbourhoods enjoy the outings of festival figures in their festes majors and organised gatherings. But where you can really measure the strength and momentum of this movement is in the La Mercè festivities, where many activities and events take place around these figures of festival imagery. 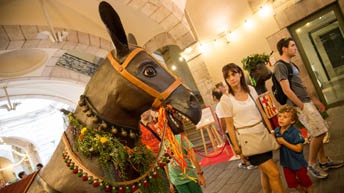 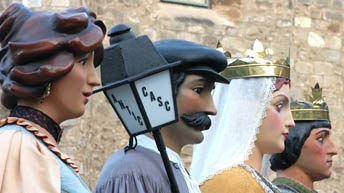 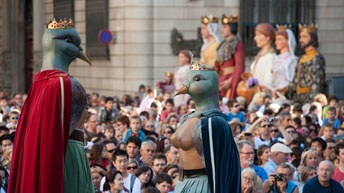 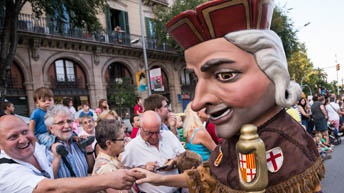