Nans, capgrossos, capets, cabuts, cabeçuts - there are many regional names, but they all describe a little-known festive element. In fact, documentary evidence still does not enlighten us about know how they evolved within the festivals. Although the names nan and capgròs, dwarf and big head, are normally used  interchangeably when describing these figures, if we split hairs, we see that there are differences between them.

Nans are heads, sometimes with a body included, which have someone inside them and give the sensation of a short human figure. To produce this effect, the peephole for the person carrying it is in the forehead or hat of the figure.

In contrast, the capgròs, is a false head, generally human, which is put on the shoulders of the carrier and gives the effect of a fake person with an outsized head. The carrier usually looks out through the mouth or throat.

They have diverse functions within the festival. Some clear the way and maintain order during the processions and seguicis. This is the reason some of the oldest capgrossos carry, or have carried, whips, clubs and bladders on sticks. Others, in specially orchestrated parades, have been representations of specific people. A recent trend is to use the capgròs as a local homage to someone.

In the main, nans and capgrossos are linked to the colles de gegants, the giants' groups, although there are some that form completely separate groups.

In Barcelona there are have been capgrossos since 1769. A polychrome panel by Joan Amat shows a troupe of five capgrossos taking part in the Corpus procession. The city had a municipal group until the early 20th century. A the beginning of the 1980s, the city hall wanted to get these elements back again. Joan Guillén made a new troupe comprising a bourgeois couple and a pair of artisans, which had a very short life on the streets.

Currently, many colles have their own nans and capgrossos, although, unfortunately, most have a secondary role in the group. 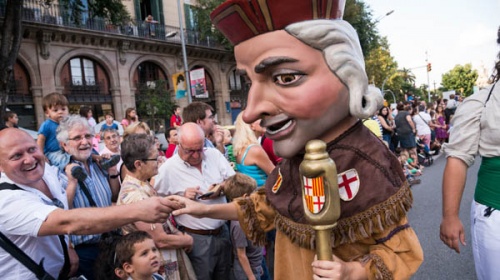 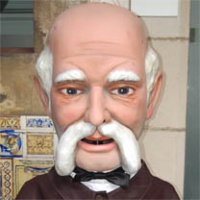 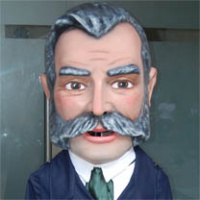 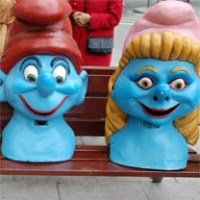 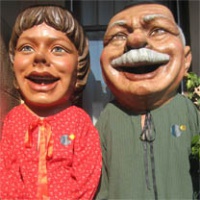 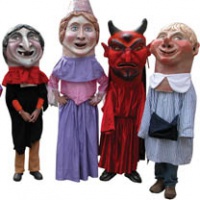 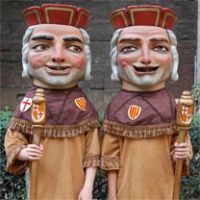 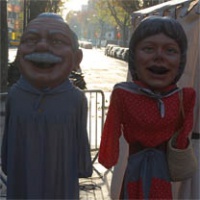 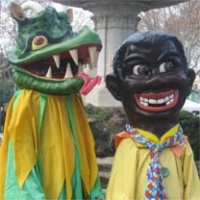 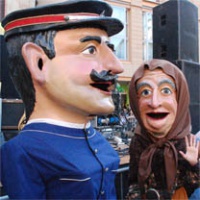 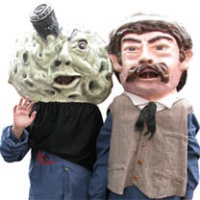 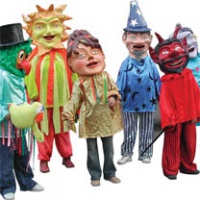 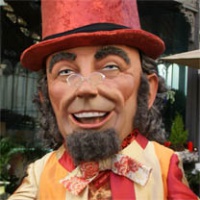 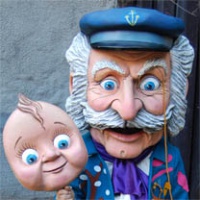 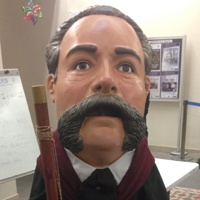 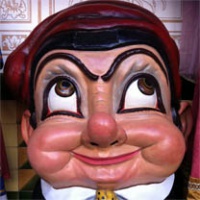 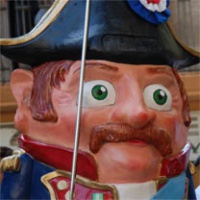 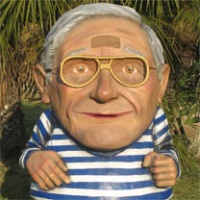 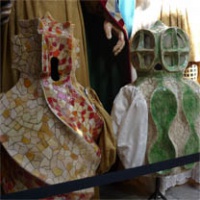 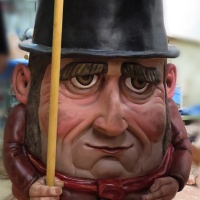 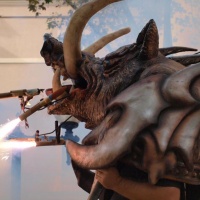 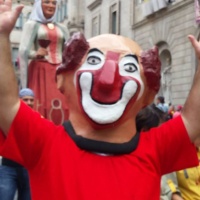 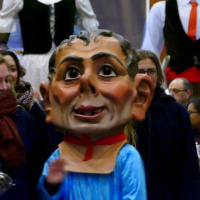 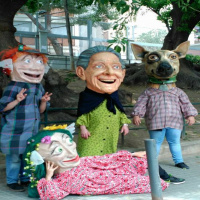 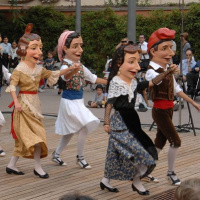 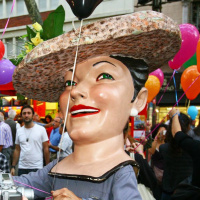 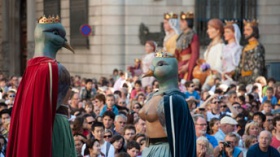 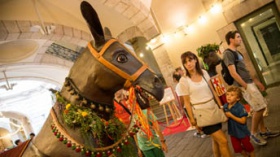 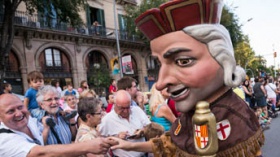 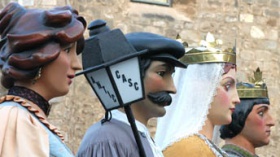