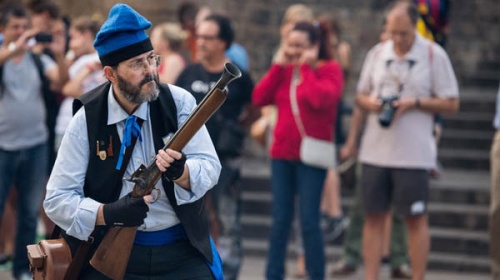 The trabucaires are a group armed with trabucs, blunderbusses, who take part in seguicis and cercavila parades, gatherings, processions, acts of tribute, and such like. Their role is basically to be an accompaniment, and consists of them showing off or displaying, in other words, firing noisy shots into the air to emphatically let the people know that there is an important festival.

This folkloric activity originated from banditry and the people's defensive and guerillas groups, made up of non-military personnel who used trabucs, short-barrelled front-loading weapons with a flared muzzle.

In Catalonia, the first known reference to trabucaires in a festival dates from 1687, in Solsona. In the cloister archive is an account ledger where it says: "Five pounds, three and ten sou, paid to Jalmar Valentine, administrator, for having paid and expended in the carrying of a torch, lighting of braziers, and gunpowder for the display in this festival."

In Barcelona, trabucaires became active in 1982, in the spirit of festival revival, when the Germandat de Trabucaires, Geganters i Grallers de Sant Andreu del Palomar association was set up. Through time, the city has seen the number of groups grew. There are currently four colles: those from Sant Andreu, the Trabucaires de Perot Rocaguinarda, those in Gràcia, and a group in Sant Antoni. 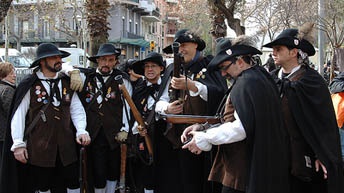 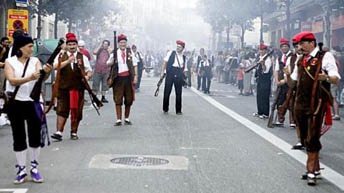 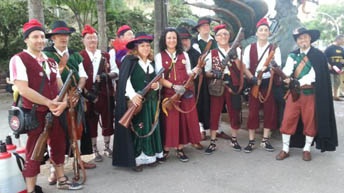 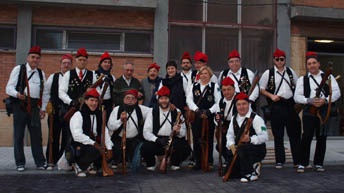