The Trabucaires de Sant Andreu de Palomar group is one of the three sections that make up the Germandat de Trabucaires, Geganters i Grallers de Sant Andreu. This association of "bandits", giant carriers and gralla players was set up in 1982 to encourage participation in the district's annual festa major, as well as other celebrations and festivals in Sant Andreu and elsewhere. The trabucaires' section is the oldest in the city by a long way.

Their clothes consist of a white, long-sleeved shirt, black corduroy trousers and waistcoat, white socks and a black waistband. They also wear espardenyes with black straps, and the men wear a red barretina.

For Sant Andreu's festa major they organise typical trabucaire activities. These include the Despertada Trabucaire, Esclat Andreuenc and Matinades , all designed to rouse the locals with shots from their trabucs (blunderbusses), as well the cercavila street parade. They also organise Noi Baliarda, a historical recreation based on a local character, Francesc Baliarda. The Trabucaires de Sant Andreu de Palomar have taken part in national gatherings of Catalan trabucaires, the La Mercè and Castelló de la Plana festivals, some of the Club Súper 3 festivals organised by TV3 and Barça's Gamper Trophy. They have also been to Japan with the Sant Andreu giants.

And in 2003 they received the Barcelona Medal of Honour. 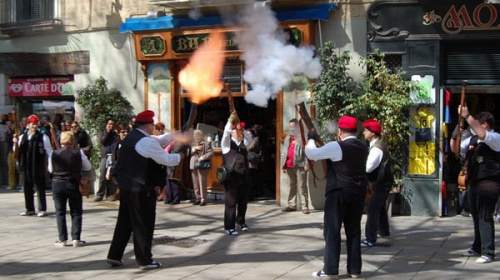 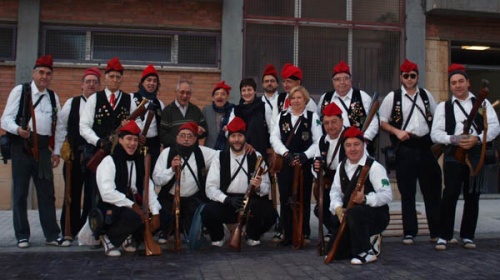 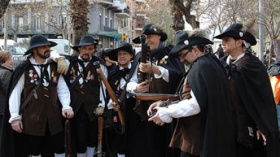 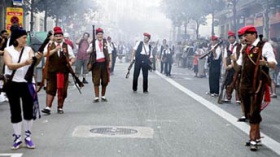 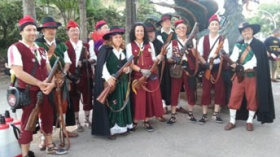 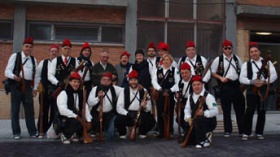