The colles de bastoners are groups of dancers who perform balls de bastons, stick dances. The dance, understood to mean a whole series of dances using one stick or two, struck in time with music, can be found all round the Mediterranean and across Europe, with specific features in each place.

Students of dancing cannot agree on where this dance comes from. Some are of the opinion it originated in Greece, while others think we need to go back to the ancient agricultural rituals of prehistory, although the most widespread theory points to sword dances as a possible origin.

The first known documented evidence we have of them comes from the 12th century. From 1150, to be precise, at the wedding banquet of Berenguer IV and Peronella of Aragon, where a ball de bastons was performed. We have no idea whether that dance was similar to the dance we know today but we can regard it as its immediate predecessor.

These stick dances tell of a fight between two sides, distinguished by the colours of their faldellíand mocador.

Originally they were only performed by men but, since the 1960s, more and more women have got involved, so today the old sexism has virtually disappeared.

These days the ball de bastons can be regarded as the most widespread dance in Catalonia. There are over 50 colles and other groups linked to the Coordinadora de Balls de Bastons de Catalunya.

In Barcelona, where there is a lot of stick dancing, there are currently 11 active colles and they belong to the Coordinadora's Barcelona region. They organise the Matí Bastoner on 24 September as part of the La Mercè's festival. 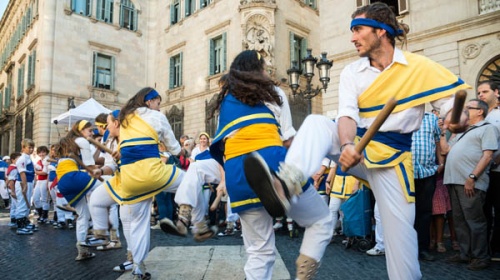 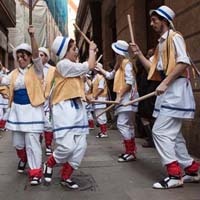 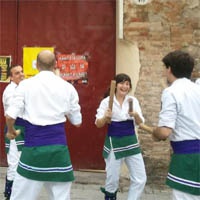 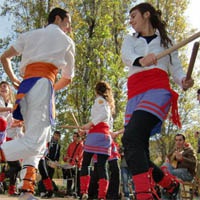 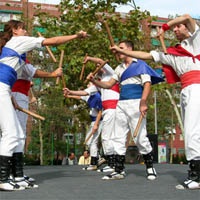 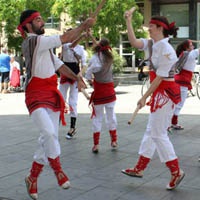 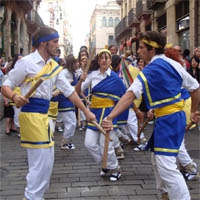 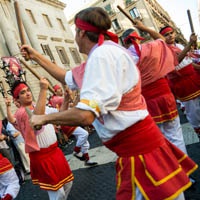 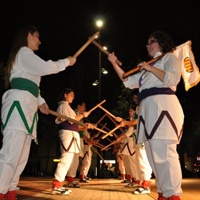 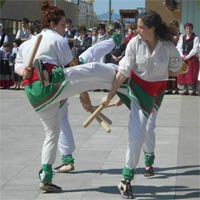 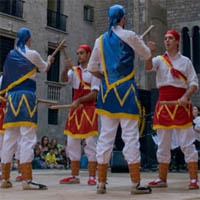 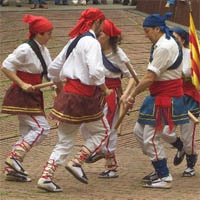 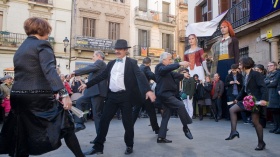 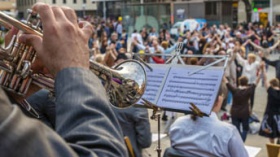 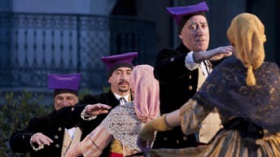 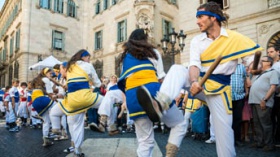