The Bastonera de Sant Andreu was set up at the end of 2008. The neighbourhood needed an organisation that could help knit the community together and spread Catalan culture. Not all its members come from the neighbourhood, though. In fact, they come from various places.

Apart from the bastoners, they have a group of gralla players who provide the music for their performances. Their repertoire of dances and tunes includes traditional ones as well as some that have been created specially.

The colla's members wear white shirts and black trousers, a red waistband and a short blue overskirt. Their bell pads are red.

The Bastonera de Sant Andreu is a member of Bastoners Solidaris and functions as a self-managing association based on collective decision-making, without any institutional support.

Apart from taking part in the traditional festivals of Sant Andreu and other city neighbourhoods, they can be seen performing in lots of other places round the country, often in protest events. In 2010 they took part in Catalan Day in Belfast and in 2011 they performed in Lekeitio, in the Basque Country. 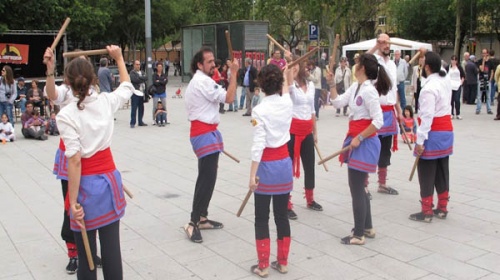 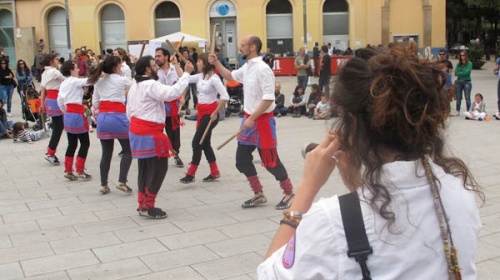 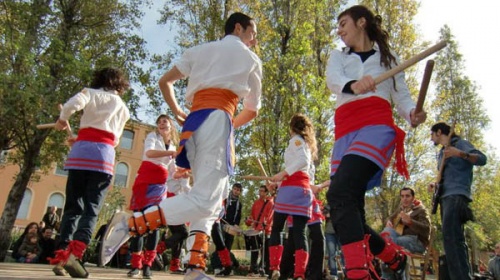