The Ball de Bastons del Clot was set up in 2009 and the group gave their first performance in October, though they were officially presented at the neighbourhood's annual winter festival on 8 November. In fact that was their initial idea, to just perform at the festa major, but they have ended up dancing at lots of festive events, such as the city's La Mercè festival and Catalonia's national stick-dance gathering.

El Clot's colla bastonera wear small green overskirts and blue waistbands but no sash. Their badge is sewn on the left sleeve of their shirt. They rehearse in the Centre Cultural la Farinera del Clot, the old flour mill known as the Farinera de Sant Jaume. It symbolises the industrial past of this district, which used to be an independent town before it was annexed by Barcelona in 1897. 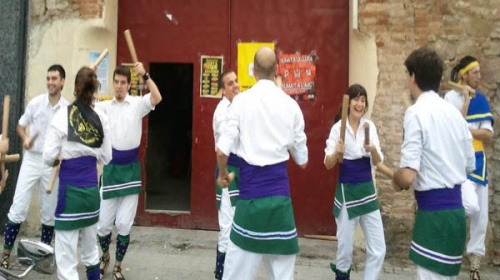