End of September, beginning of October in La Barceloneta

Barceloneta was a seafarers' and fishermen's neighbourhood, though it also has an important past as an area of workers and craftsmen. It was built in 1753 on land reclaimed from the sea, originally to house the La Ribera inhabitants who had lost their homes following the demolition of buildings ordered by Philip V, to make way for the military citadel.

All this history can be seen in the festa major, organised by local residents through the Associació de Veïns de la Barceloneta. Every year there are the traditional sardanes, havaneres, a correfoc with firework-flaring diables and a cercavila led by the two local gegants, Pep Barceló and Maria la Néta. But the neighbourhood festival also has a number of features that set it apart from the rest, including its decorated streets and the cannon parade.

The Barceloneta parish is dedicated to Sant Miquel del Port. The choice of St Michael was made by Catalonia's captain-general at the time, Jaime Miguel de Guzmán-Dávalos Spínola, the Marquis of La Mina. He chose his patron saint for Barceloneta and is buried in the church. Port refers to the neighbourhood's main activity , and the need to protect sailors and fishermen from the dangers of the sea.

It appears that the festival as we know it today, a combination of religious and civil events, began in the middle of the 19th century, around the neighbourhood's centenary celebrations. 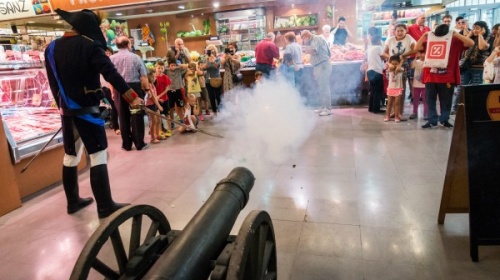 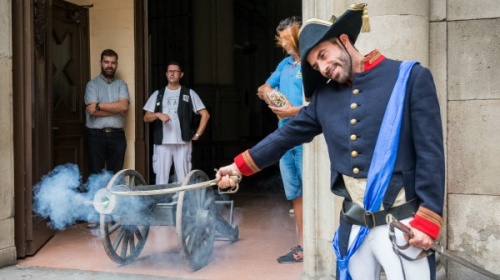 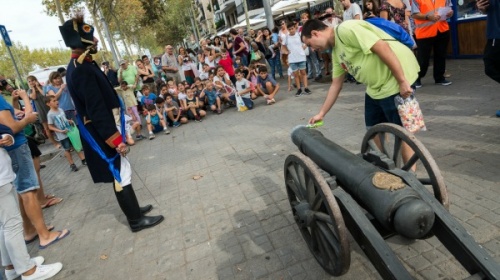 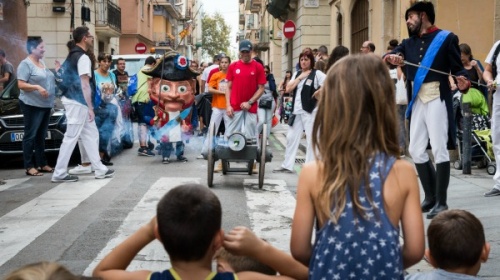 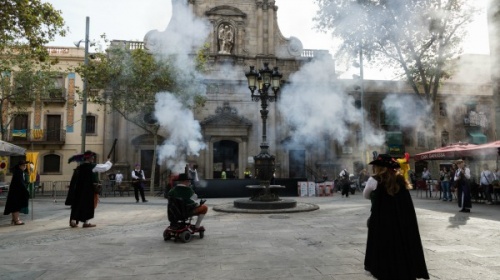 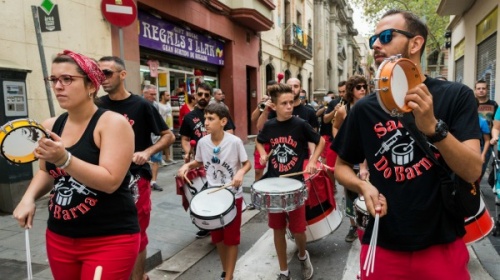 Cercavila de canó. The Barceloneta cannon is a festival gun, driven by a local resident dressed up as a Napoleonic general, that appears on festival Sunday. It's really popular with the kids because it fires sweets. The parade works its way round the local streets and, each time the cannon is fired, onlookers pretend they have been knocked down and pick up the sweets.

Decorated streets. As in other city festivals, some of La Barceloneta's residents decorate their streets and organise their own programme of activities in addition to the official festival programme. But this is declining as fewer and fewer streets are taking part in the decorations.

Havaneres. These songs, which originated in Cuba, are a regular part of the Barceloneta festa major programme, as you would expect in any self-respecting sailors' neighbourhood. A concert is usually organised on the beach, accompanied by glasses of rom cremat, or burnt rum.