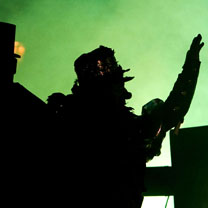 Carnival is a very diverse festival. The main feature of the celebration is transgression, or sin. Through a series of satirical and subversive events, for a week the universe is ruled by whim, fun and nonsense.

Carnival literature is expressed through proclamations, sermons, testimonies, speeches, and so on. If we pay attention, we realise that starting with the title they parody things that the rest of the year are taken seriously, and that emanate from the authorities, be they civil, ecclesiastical or any other kind.

The formula is usually the same: they mock the people who are in charge, and the most important events of the year. It is a kind of judgement on the year from a rule-breaking and people's perspective. It varies in form but usually has verses which give it rhythm and accentuate the biting tone of the words. Some people also use the texts to provoke misunderstandings, invent words and create semantic confusion.

By tracing the proclamations and speeches written throughout the years, it is possible to construct a chronicle of what has been worrying society, or things which have annoyed people most, something that adds an interesting aspect to carnival literature.

In Barcelona, the most significant in terms of content, continuity and trajectory are the bans de Gràcia, written by the Consell dels Bulls, and the Sants parte mèdico, the Sants medical report, written by the equipo médico habitual, the usual medical team.