Popular culture and tradition are full of life in Gràcia. Two of the principal organisations in this district are the Castellers de la Vila de Gràcia and the Festa Major de Gràcia Foundation. Both these organisations are based at the Albert Musons Cultural Centre, which is located in a recently built venue at number 7 Carrer Alzina. As well as offices and a space for holding meetings, a music rehearsal room, storage space and changing rooms, the Castellers de la Vila de Gràcia have a practice space with all the necessary safety facilities . Activities at the Festa Major de Gràcia Foundation, which organises the popular big annual festival held from 15 to the 21 August, also include talks, exhibitions, assemblies... This new space has been named after Albert Musons (1953-2007), a journalist and historian who cultivated a range of interests all linked with the Vila de Gràcia, such as the scout movement, choral singing, communication media, community policy and historical research and its dissemination He was local councillor for the Gràcia District and was responsible for the areas of housing, sport and culture. Musons knew about and held a deep respect for the Vila de Gràcia.

Outside spaces: The space used by the Festa Major de Gràcia Foundation has an exterior patio (57 square metres) that can be used for receptions and a range of events

Workshops: regular workshops on human towers as well as Gralla playing and drumming 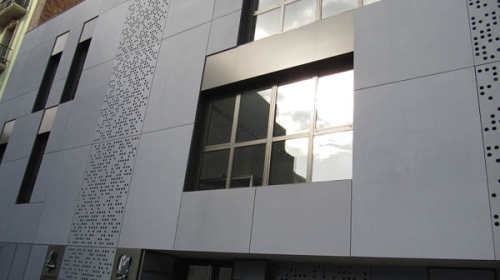