The Procat Foundation was formed under the auspices of the Els Propis cultural centre, an organisation created in 1925 as an 'association of property owners and taxpayers in the outskirts of Sant Andreu del Palomar’. This makes it the oldest, continually-active organisation in Nou Barris Its original role was to act as an intermediary between home owners and the Administration. In one way, it was a precursor for present-day local resident associations, and the organisation reconsidered its activities when those associations arrived on the scene.

With time, it became a centre for all those neighbourhood Catalan cultural organisations that needed space to carry out their activities. In order to ensure the continuity of all the work it was doing, it became the Procat Foundation in 1996. Since then, the foundation has worked on various activities that foster Catalan culture in Nou Barris.

The Procat Foundation is currently home to various district organisations: the Els Propis cultural centre, the Ideal d’en Clavé de les Roquetes Sardana Group, the Nou Barris Symphony Orchestra, the Ideal d’en Clavé Choral Society, the Colla Gegantera de Nou Barris Group and Veu Pròpia.  Furthermore, due to a serious lack of available space for organisations in the district, it also lets out its offices to any district association that applies to them.

The foundations activities are currently focused on raising awareness about all types of Catalan culture. For this reason, it provides space for various popular culture organisations and actively participates in their activities. It also organises Aplecat, the annual Catalan popular culture fair in Nou Barris; the Catalan National Day events in the district and Catalan music concerts during the summer months and the Christmas period.

Other types of room: Three areas for use by organisations

Services provided: Letting out the events hall and areas to organisations 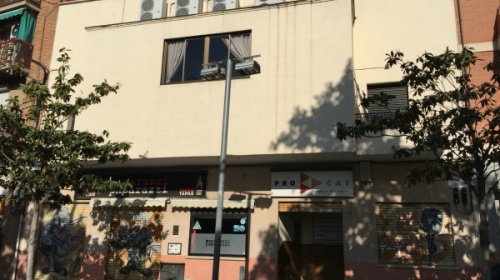 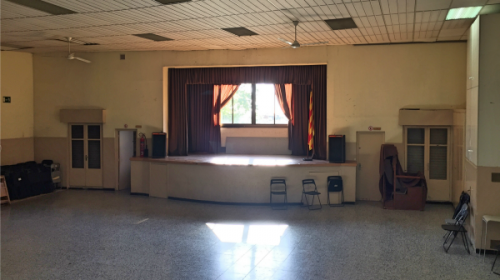 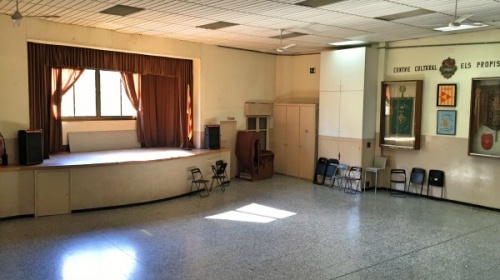