Castellers [human towers] are one of the most original and genuine expressions of popular Catalan culture and they generate admiration and passion not only among Catalans, but also among all those who see them. Today, this two-hundred-year-old Catalan tradition, recognised by UNESCO in 2010 as an Intangible Cultural Heritage of Humanity, continues to be one of the region’s principal signs of identity

The Colles Castelleres (human-tower teams) have an inevitably nomadic character but they need a space for meeting and storing equipment in. Since 2006 the Barcelona Castellers have been based in the El Clot neighbourhood, where they give human tower displays and also undertake free rehearsals, as well as drum rehearsals and training in a climbing... This centre forms part of a complex of a facility that includes the Centre de Assistència Primària El Clot (first aid centre), the Joan Cassanella Elderly People's Centre, TV Clot and supervised flats for elderly people.

The Barcelona Castellers centre has a covered track, an outside patio, changing rooms, store, offices, events hall and a bar area that is open to members and visitors. As well as the regular human-tower rehearsals a range of events and meetings are held at the venue, as well as sporting activities (football, volleyball, basketball matches) lectures, climbing and cultural exhibitions.

Workshops: there are regular workshops on human towers, as well as gralla playing and kettledrumming 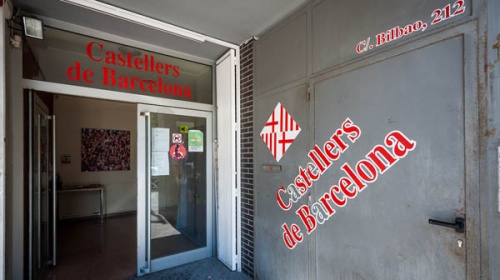 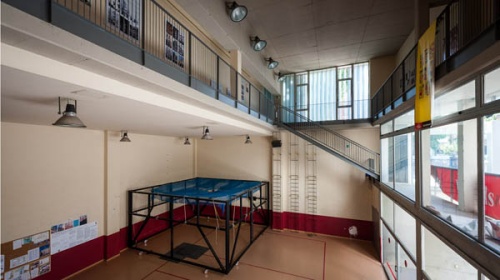