Around the Feast of St Christopher

Sant Cristòfor, or St Christopher, the patron saint of cars and protector of travellers, has been much venerated over the centuries in various parts of the city. Particularly important is the celebration on Carrer de Regomir, outside the chapel dedicated to the saint.

During the day, bikes, cars and motorcycles pass in front of the chapel so they can be blessed and enjoy St Christopher's protection throughout the year. The priest sprinkles holy water over the vehicles that approach and hands each rider and driver a sprig of lavender, a commemorative souvenir and a picture of the saint.

The Festa de Sant Cristòfor is held in honour of a figure who has inspired a lot of devotion in Barcelona and who, according to tradition, helped people travelling on foot or by other means of transport, which is why he became a patron saint. According to writings about the saint, he carried the infant Jesus from one side of a river to the other. It was very hard work: the child's body became heavier and heavier because he was bearing all the sins of the world.

Barcelona legend has it that at midday, every 10th July, Sant Cristòfor used to arrive in the city by boat and then, with the infant Jesus on his shoulder, he would walk up the Rambla.When he got to the top, he disappeared. Those lucky enough to see him enjoyed good fortune all year round and were sure not to meet a violent death.

The traditional celebration on Carrer de Regomir, in Ciutat Vella,  goes back a long way. In years gone by the street's residents decorated their balconies and windows and organised a fair where people could buy holy panellets (small marzipan cakes), soft almonds, glass whistles and fans. According to 19th century Barcelona tradition, fiancés gave their fiancées fans whilst the ladies presented a whistle to their betrothed, meaning lots of noise during the fair.

The fair continued until 1906, when drivers, who adopted Christopher as their patron saint, started to take over the area with the cars they brought to be blessed. 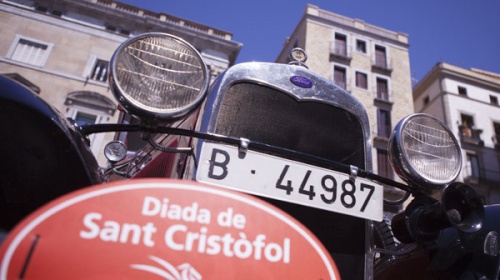 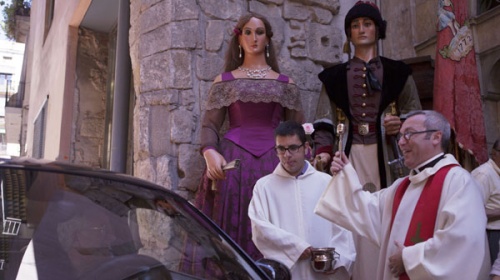 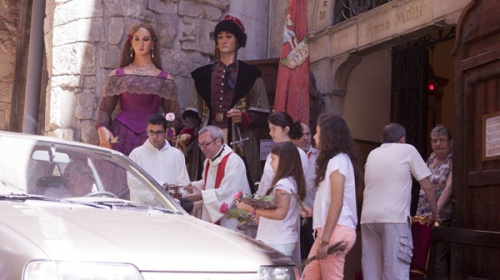 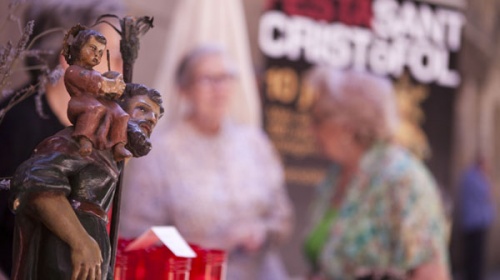 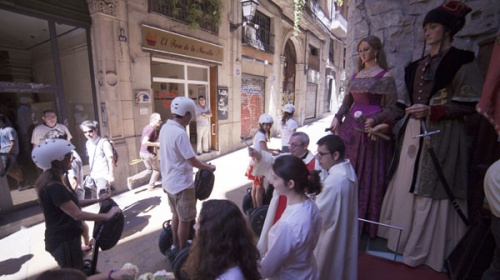 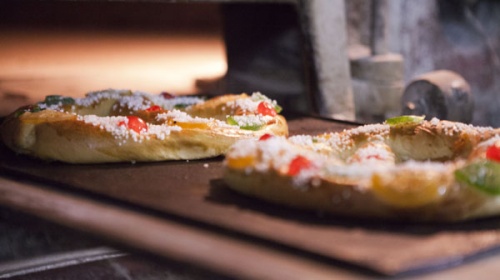 Sant Cristòfor is one of the first gegants we know about. Outings of this giant figure in Barcelona processions have been documented since 1424. That makes St Christopher, along with Goliath, one of the two oldest festival giants in Europe.

Vehicle blessings. The festival takes place throughout the day in front of the saint's chapel, where the priest sprinkles holy water over the vehicles that approach and hands each rider and driver a sprig of lavender, a commemorative souvenir and a picture of the saint.

Vintage car rally. For a few years now, a group of vintage and classic car enthusiasts have made the most of the Diada de Sant Cristòfor, or St Christopher's Day, to show off their cars in Plaça de Sant Jaume. Then they take them to be blessed at the chapel before going for a ride round the streets in the heart of Ciutat Vella.

The Volant de Sant Cristòfor is the typical festival cake that you can try from the city's bakeries and cake shops. It's a brioche ring filled with marzipan and it has a cross in the middle to make it look like a steering wheel.