Around the Feast of the Mare de Déu del Roser

The Rambla is Barcelona and Ciutat Vella's iconic avenue, separating the Raval neighbourhood from the Barri Gòtic. In the past a stream, the Riera d’en Malla, flowed down here but when the Raval wall was built in the 15th century, the watercourse was diverted north. After that, the area gradually attracted more and more people and now it has become the city's nerve centre. The Rambla is packed with kiosks, the stalls of florists and bird sellers, itinerant actors, cafes, shops and restaurants. It is a street with its own identity, which explains why it has its own patron saint and festival.

The Associació Amics de la Rambla was set up in the 1960s to defend the interests of the Rambla's shopkeepers and promote trade. Soon the association began to organise the festa major in honour of their patron saint, the Mare de Déu del Roser. At first, they basically held a mass and offered flowers to the Virgin, bestowing the title of Honorary Ramblista on her too. These acts are still held today but the festa major involves a lot more, including fairs and exhibitions, cercaviles and joint meals for local residents and shopkeepers.

The actual dates of the festival vary from year to year. Normally it last three days and is held on the weekend before the Virgin's feast day, so it does not coincide with the long Pilar weekend.

The festival is held in honour of the Rambla's patron saint, the Mare de Déu del Roser. There is a statue in a little chapel dedicated to her on a Rambla facade adjacent to the Palau de la Virreina, where the florists offer flowers during the festival.

The festival began at the start of the 1960s, thanks to the Associació d’Amics de la Rambla, who decided to organise it to promote Rambla trade and traders. 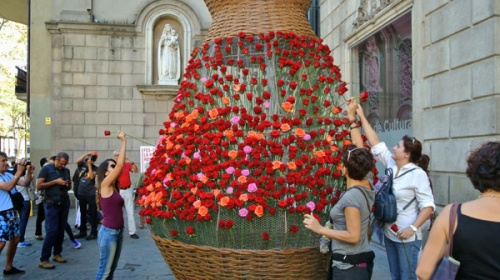 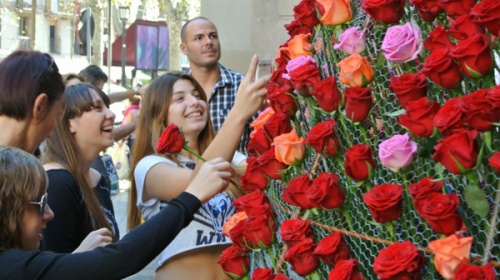 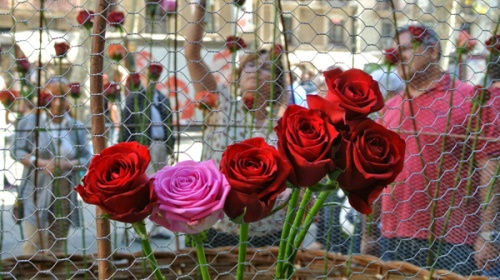 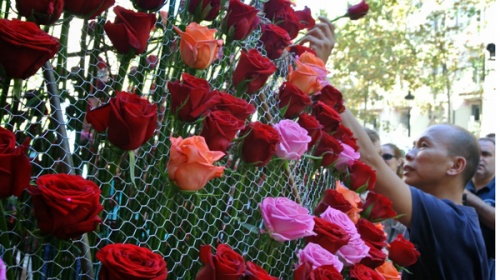 Pregó i cercavila. The festival is opened by a pregó from an iconic building in the area (Acadèmia de les Ciències, Palau de la Virreina, etc.). After this speech, the inaugural cercavila starts from there and covers the whole avenue. The Rambla's own capgròs big heads, the Florista, Venedora de la Boqueria, Venedor de Diaris and Ocellaire, representing a florist, Boqueria stallholder, newspaper seller and bird seller, take part in this procession along with Ciutat Vella's festival figures.

Missa i ofrena floral a la Mare de Déu del Roser. The oldest acts in the festival, which are still maintained today, are the mass in honour of the Mare de Déu, held in the Betlem parish church, and the floral offering by the Rambla florists immediately after at the statue in the Palau de la Virreina facade.

Sopar de ramblistes i lliurament del guardó al Ramblista d’Honor. The festival ends with a Ramblista supper and the presentation of the Honorary Ramblista awards, which acknowledge people and organisations that have made an important contribution to the Rambla by supporting it and spreading its values.

Degustació i exposició de bolets. The first mushrooms arrive at the start of October and an exhibition, with tasting included, is organised on the pati de les pageses, just next to the Boqueria market.

The Ramblista d’Honor award was created in 1962 as an honorary title for individuals and associations that had paid particular attention to the Rambla at some time during their personal, professional or association activity. Since then it has been won by many political figures, traders and groups. In 1977 it was given to all those anonymous Barcelona residents who ramblegen up and down the avenue.