First fortnight of October in the Les Corts neighbourhood and district

The Les Corts neighbourhood was part of the old town of Sarrià but, after a lot of quarrels at the start of the 19th century, it became independent in 1823. The Mare de Déu del Remei parish dates from that time, as do the town hall and its main festival, the festa major, three key elements of the town. The rapid urban changes Les Corts experienced in 20th century did not damage the neighbourhood's character, and it kept its own identity.

The festa major reflects all this history and enables them to give a full picture of the neighbourhood's cultural life and associations. Three squares, Can Rosés, Concòrdia and Comas, lie at the heart of the old town and are the main hub of the festival. The pick of the events include the joint correfoc, a morning with the dance of the City Eagle and a human tower display, plus an exhibition of traditional dancing at the Pedralbes Monastery.

The second weekend of October is one that many towns dedicate to the Feast of the Mare de Déu del Remei, with flower offerings in the Virgin's honour. One of the more notable popular customs of this dedication consists of putting a silk ribbon on pregnant women which, they say, helps them to give birth.

The link between Les Corts' festival and the Feast of the Mare de Déu del Remei was encouraged by one of the first parish priests, Pere Pla, who was in charge there between 1847 and 1851. 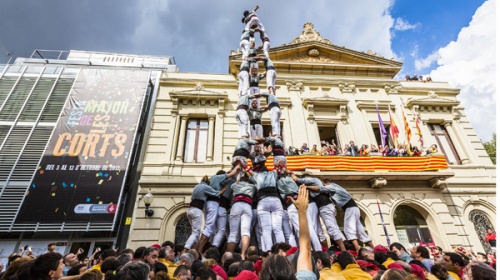 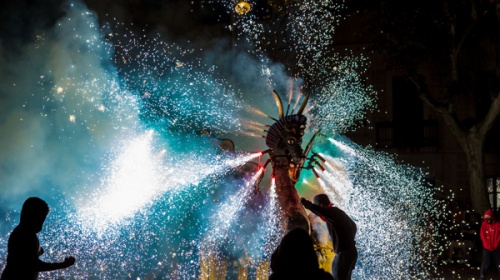 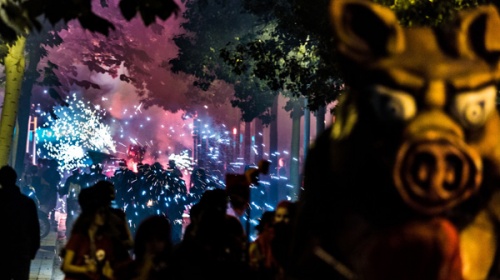 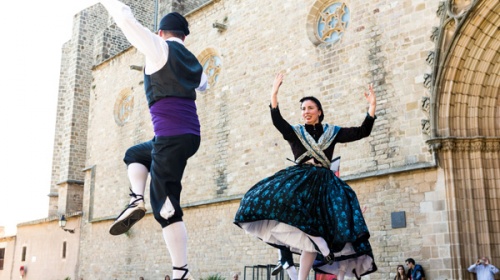 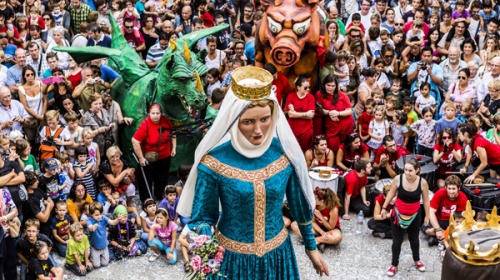 Joint correfoc. On the first day of the festival all the neighbourhood's fire groups get together for a big correfoc. This begins with the traditional verse reading, then the devil groups and their drummers run and dance through the neighbourhood streets letting off fireworks. These groups are the Bocs de Can Rosés, Diables de les Corts, Timbalers d’Ítaca and La Republi-k de l’Avern. The correfoc kicks off the programme of events aimed at young people.

Festival morning. The seguici festiu, a festival retinue of giants, Guardià the dragon, the Cavallot de Pedralbes, a horse figure, and the local fire groups set off on a cercavila of the local streets with other festival figures from all over the city. After the reading of the pregó, or opening speech, in Plaça de Comas, the royal giants, Jaume II and Elisenda de Montcada, perform their dance, followed by the Àliga de la Ciutat, the City Eagle.

Casteller morning. On festival Sunday Plaça de Comas, the site of the district town hall, turns into the plaça castellera, "human tower square". The human tower display kicks off at midday with three casteller groups taking part, at least one of which is from the city.

Traditional dance. One of the district's iconic sites is the Gothic Monastery of Pedralbes. It is now an annual tradition for the Esbart Ciutat Comtal to offer a display of traditional dancing on a stage erected outside the monastery. The audience is treated to the group's full repertoire, which consists of eighteenth-century dances from all the Catalan-speaking countries.

Food also plays its part in the Les Corts' festa major and, for Remei, the local pastry chefs prepare the traditional festival cake, which is a kind of sacher cake.