End of April and beginning of May, in Nou Barris' Porta neighbourhood

Today Porta is a neighbourhood in the Nou Barris district but traditionally it had very close links with the old town of Sant Andreu. Like other parts of the city, Porta still retains the odd masia, or farmhouse, as a sign of its rural past. The neighbourhood began to expand in the 19th century, with the appearance of the first industries, and even more so in the second half of the 20th century, when blocks of flats were built there.

The festa major is between two weekends at the end of April and the beginning of May. One of the main focal points is Plaça de Sóller, a large green space at the heart of the neighbourhood. The Comissió de Festes de Porta is in charge of organising the festival. This committee is made up by the Centre Cívic Can Verdaguer, the residents' association and various social and cultural organisations, such as the women's group and the youth group. 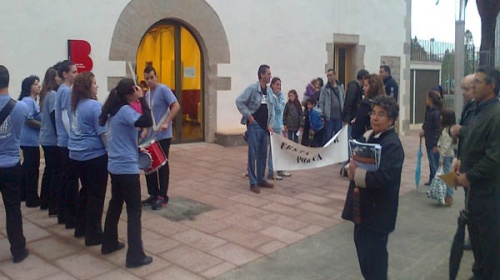 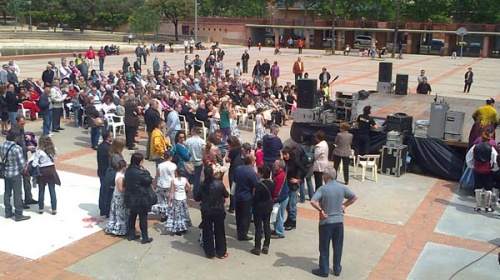 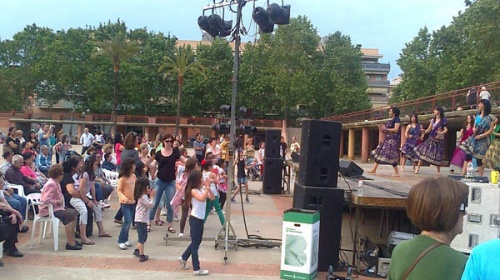 Cercavila. One of the main events is the cercavila de percussió, the drum procession which goes round the local streets inviting people to join in the festival. This is usually held on the first Saturday evening.

Havaneres and the end of the festival. On the evening of the last day there is a havanera concert in Plaça de Sóller, where people listening to and joining in these Cuban songs can enjoy a glass of rom cremat (burnt rum). After the concert, a group of devils bring the festival to a close with their fireworks.