Click here to discover all the information of the Festa Major de Sants 2022.

Around the feast day of Sant Bartomeu

Sants is an ancient municipality on the Barcelona Plain which underwent an important transformation in the 19th century: it became a centre for workers as many textile factories, like Vapor Vell and Espanya Industrial, were established in the area. Also at that time, the settlement became part of Barcelona. Even so, today it has still not lost the idiosyncracies that differentiate it from the rest of the city, and which are also reflected in the festa major, its main festival.

One of the main characteristics of the festival is that the neighbourhood's residents' associations decorate the streets and squares. But also very important is popular culture, which is present in various forms including the enormous festival figures of the gegants, castellers building human castles, and the demonic diables. Sants has many associations and organisations that promote these activities. And, as in every festa major, there is no lack of dances, huge community meals, Cuban havanera songs, workshops for kids, and street fairs, to name but a few.

The festival is held in honour of Sant Bartomeu, the patron saint of the village. According to Barcelona's legend, the martyr lived in Sants, like many other Christians in these lands, in the time of the Roman emperor Diocletian. Sant Bartomeu was flayed, which is probably the reason that he is the patron saint of leather-related professionals like skinners, curers and tanners.

The beginnings of the Sants festa major date back to the mid-19th century when there were dances like the Serrallonga and stick dancing, as well as the Sant Bartomeu dance, which was performed by Roman soldiers, two angels, a demon carrying a tool he used to hit the audience with. 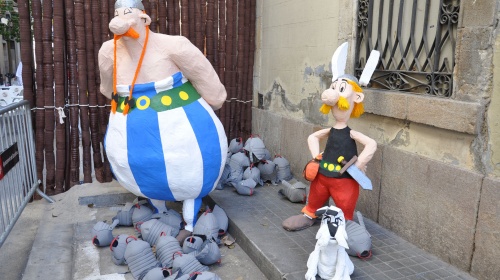 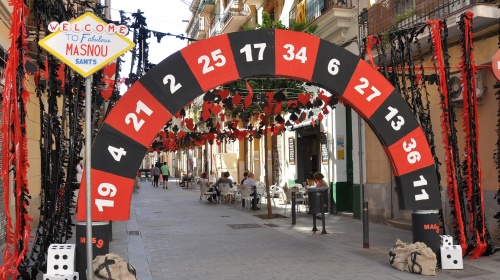 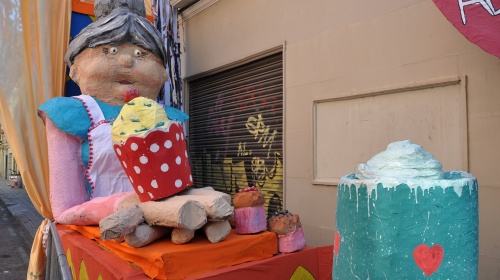 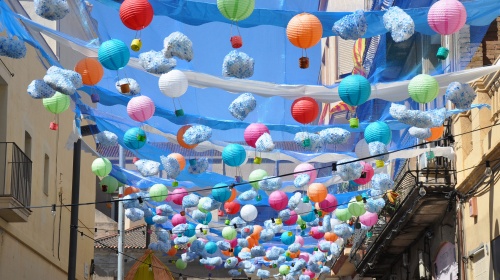 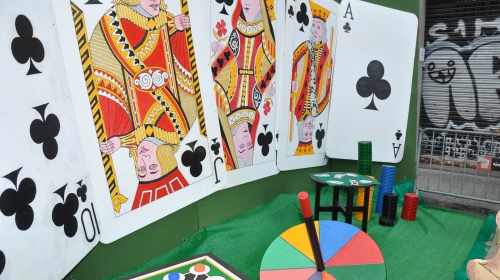 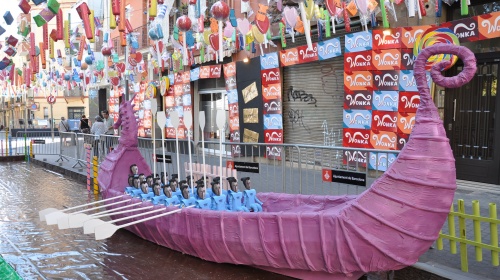 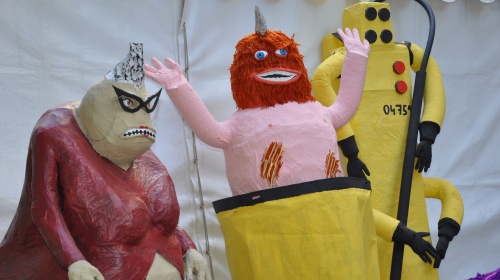 Sants is an area which has very strong associations and a large number of popular and traditional culture groups.These include castellers (the human tower group known as the Borinots), four bands of diables (the devils' groups of Sants, Les Guspires, Els Socarrimats de l’Infern and La Magòria), a group of geganters with their festival giants and another of bastoners, stick dancers.

Cercavila and ball de gegants. The festival begins with a cercavila procession on the eve of Sant Bartomeu's feast day. The festival giants of the Geganters de Sants, the Banda de Música del Triangle music group and the drummers of the Tabalers de Sants make a circuit around the neighbourhood until they reach Espanya Industrial park. Once there, the gegants dance and then the opening proclamation is read.

Traques d’inici. Early in the morning, traques, long strings of firecrackers, explode around the streets that make up the festival area. They let all the local residents know that the celebrations are about to begin. At the same time, cercavila processions and drummers walk though the neighbourhood to get people to join in the activities.

Floral offering to Sant Bartomeu. The festivities begin with a floral offering in honour of the patron saint, in the parish church of Santa Maria, . This is the responsibility of the festival associations of the streets and the Castellers de Sants human tower group, who build a pillar in homage to the saint.

Community dances. Over the days of celebration, there are various traditional sardana concerts and dances. They are held on many streets in the neighbourhood, and are performed by guest cobles, traditional music groups who the festival committees invite to come and play. The Bastoners de Sants also give several stick dancing exhibitions as part of the festival.

Prizes for decorated streets. The Festes de Sants are well-known for their decorated streets and squares. This activity has been going on for more than a century. Residents' associations and festival committees prepare the decoration throughout the year, with themes and materials that never cease to amaze. In order to keep the tradition going, every year prizes are awarded to the best-decorated streets, divided into different categories, in a ceremony that takes place in Espanya Industrial park, the day after the festival.

Correfoc. With four fire groups in the neighbourhood, there could not fail to be a huge pyrotechnic spectacle, which usually coincides with the closing act of the festival. In the afternoon the youngest devils take to the streets, and stage a correfoc infantil, a fire run for kids, in the main streets of the old village. In the evening, the adult diables, together with the neighbourhood fire beasts, perform a big correfoc which bids the festival farewell until the next year.

CremaPicaPuja. Within the programme of activities for the Sant Bartomeu festival, the Castellers de Sants human tower group together with the stick dancers and devils, organise a scavenger hunt which combines with tastes of the neighbourhood's popular culture. The event consists of a cercavila procession, followed by the building of a tower and drumming in a tabalada.