Beginning of May in the Bon Pastor neighbourhood, Sant Andreu district

The Bon Pastor neighbourhood is next to the River Besòs and forms the border with the Santa Coloma de Gramenet municipality. Due to its proximity to the river, for centuries the area was arable farmland. From the 19th century onward many industries began to be located here, like the Maquinista Terrestre i Marítima. This meant the area was developed in very distinct stages and, in fact, it is made up of the unuion of several different quarters.

Currently, Bon Pastor holds its week-long festa major, the main festival, at the beginning of May. The neighbourhood organisations are actively involved in arranging all kinds of events: sporting competitions, community meals, kiddies' activities and dances. Popular culture is represented by fire: the Diables i Bruixes del Bon Pastor devils' groups are in charge of organising the correfoc, the fire run. 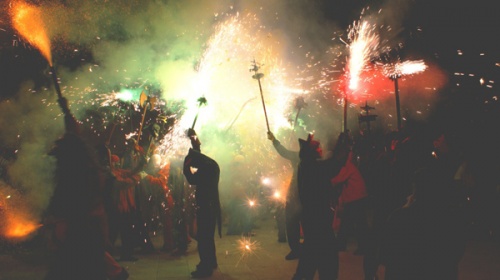 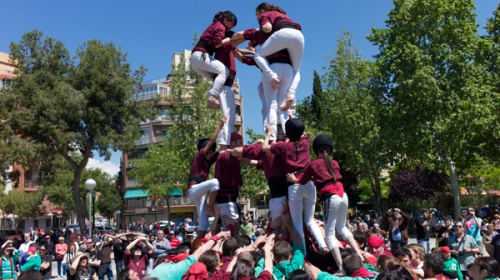 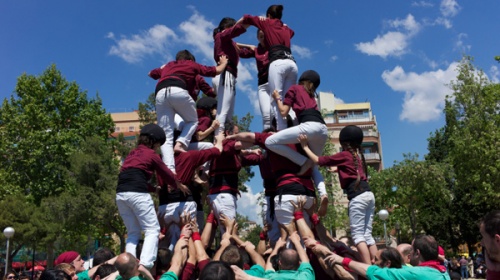 Inaugural cercavila procession. On the afternoon of Friday, the grallers, playing their traditional reeded instruments, and the capgrossos, the big heads, from the festival commission, process around the streets of the neighbourhood inviting everyone to join in the festa major.

Correfoc. The Colla de Diables i Bruixes del Bon Pastor devils' group organises the correfoc, the fire run, which includes the fire beast Mutanas, a cross between a fish and a dragon.

Havaneres. On the Sunday evening is a cantada d’havaneres, where traditional Havaneras are sung in the municipal sports hall, along with a community sardine feast.