Around the Feast of Sant Pere, at the end of June

The Sant Pere, Santa Caterina and La Ribera neighbourhoods lie inside Barcelona's old city wall in the old town, Ciutat Vella. Consequently they still form an area of intersecting narrow streets that give them a special character. They were always neighbourhoods of craftsmen and have maintained this characteristic. Despite that, in recent years they have experienced something of a revival after being discovered by independent and alternative artists, which has seen art galleries, bars, restaurants, antique shops ', night clubs and so on open up.

The Coordinadora Festa Major del Casc Antic is a coordinating body that brings together the neighbourhood organisations and associations in charge of organising the annual festival in honour of the patron saint, in the last week of June. That ensures there is wide range of activities suitable for all ages, for example, big communal meals including suppers, botifarrada sausage sizzles and vermut pre-lunch snacks and drinks, festival dances, street theatre, workshops and so on. Popular culture is very much alive in these neighbourhoods too, so the festival programme also has lots of folk and traditional activities, such as castellers, correfocs, cercaviles , trobades and balls de gegants.

The festival pays homage to Sant Pere (St Peter) who guards the gates to heaven. That's why he is portrayed with keys in his hand. No doubt the neighbourhood took his name and has him as its patron saint because it grew up round the Sant Pere de les Puel·les monastery, from the 11th century on. 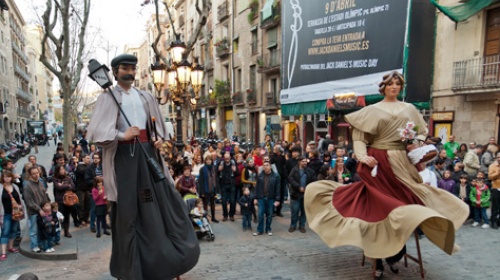 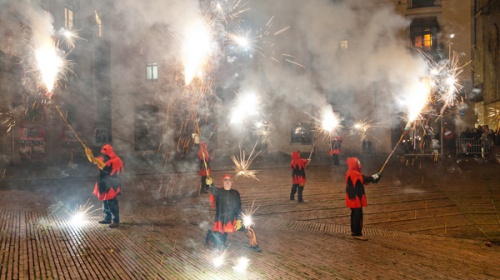 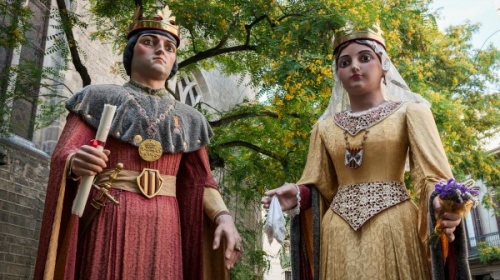 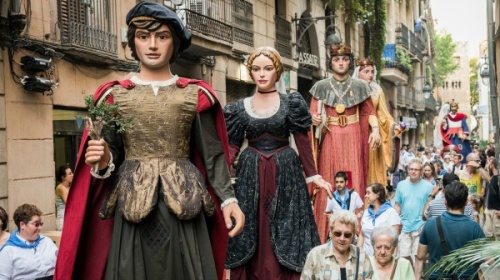 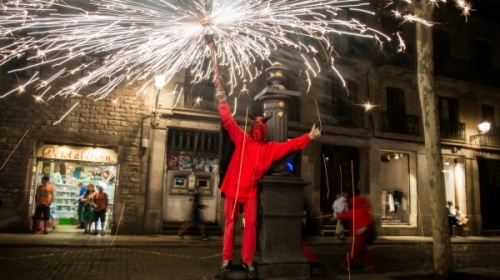 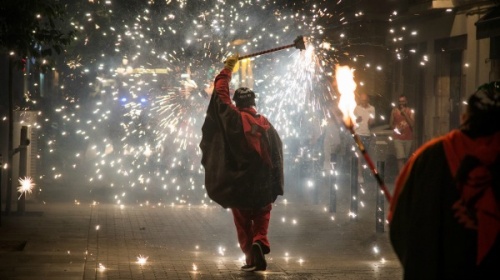 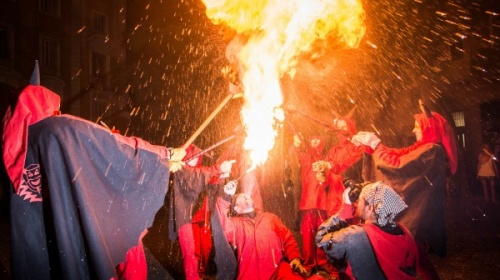 Seguici i balls dels Gegants de Sant Pere. Late in the afternoon on the saint's day, 29 June, a seguici de gegants makes its way round the neighbourhood's streets. The Sant Pere de les Puel·les parish giants, Pere II el Gran and Constança de Sicília take part with the smaller gegantona, Isabel. In the evening, when this finishes, there is a dance in honour of the saint in Plaça de l’Església.

Trobada de gegants. The Colla Gegantera del Casc Antic organises a big gathering of neighbourhood giants as part of the Sant Pere festival in the afternoon of the Saturday closest to 29 June. The hosts invite some twenty colles from round the country and all the groups go round the neighbourhood streets before finishing off with a joint dance.

Correfoc de festa major. On the eve of the saint's day the Colla de Diables del Casc Antic organise a festival correfoc, a fire run round the neighbourhood streets, sometimes accompanied by fire spectaculars, even mock church fires at Sant Pere de les Puel·les and Santa Maria del Mar. They also organise a correfoc infantil at another point in the festival so the younger devils and public can join in.

Diada castellera. For some years now the festival programme has included a casteller day, on the Sunday closest to St Peter's Day. The organisers invite Barcelona colles because the neighbourhood does not have a human-tower group of its own.

Sardanes and more folk dances. Catalonia's ring dance also has its own slot in the programme with an open-air public session of sardanes on St Peter's Day morning.

Balls de bastons (stick dancing) has also had its space for some years now and there is a street display of traditional dancing too called Esbarts al carrer, which is organised by the Esbart l’Espiga d’Or and involves other traditional dance groups.

The neighbourhood has a lot of giants and other festival figures that are well known and show their faces in various festival activities. The Colla de Geganters del Casc Antic, for example, brings out the Santa Maria del Mar gegants Peret and Marieta, plus Caterina and Tinet el Graller, who host the giant gathering. For their part, the giants belonging to the parish church named after the patron saint, Sant Pere de les Puel·les, do a procession with their retinue on the saint's feast day.