The El Clot neighbourhood is the oldest settlement in the Sant Martí district. In the Middle Ages it was full of vegetable gardens and arable fields belonging to the city of Barcelona. At that time, the area was also famous for Clotum Melis, a place full of honey bee hives, which ended up lending its name to the district.In the 19th century industrialisation transformed Clot's appearance as it became an important centre for workers. Many of the associations, cooperatives, cultural centres and other organisations, that today make up the cultural fabric of the neighbourhood, come from that time.

The current festival, celebrated in honour of Sant Martí, is a reflection of all that past. It is arranged by the collective known as the Federació d’Entitats del Clot - Camp de l’Arpa, and all of the organisations in the neighbourhood that are dedicated to popular culture play a very important part. Highlights include the jornada castellera, the human tower festival, organised by the Castellers de Barcelona, the cercavila gegantera where the festival giants parade around the city, and the shows by the Ball de Bastons stick dancers and the traditional dance group the Esbart Sant Martí, as well as the correfoc, the fire run by the devils' group the Diables del Clot.

Sant Martí was one of the most popular and well-loved saints during the Middle Ages. In Catalonia he gained popularity in the 12th century, and he is currently the saint with the most churches and parishes dedicated to him. Further proof of St. Martin's popularity in Catalonia is the enormous number of villages named after him.

In Clot, the festa major is linked to the present-day parish of Sant Martí del Clot, which experienced a growth in population at the end of the 19th century. Yet the neighbourhood has traditionally been linked to another parish also dedicated to Sant Martí, and which gives its name to the district: Sant Martí de Provençals.

Clot's history was closely linked to the parish of Sant Martí de Provençals, on which it had always depended, and which is the origin of the district. A few years later, in 1714, an edict of the Nova Planta decree allowed the church of Sant Martí to set up as a parish, and so it split from Santa Maria del Mar. This was the first step in the area becoming, in time, the town of Sant Martí which later rejoined Barcelona due to the 1897 Royal Decree of aggregation. 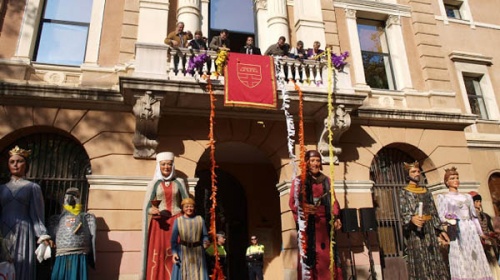 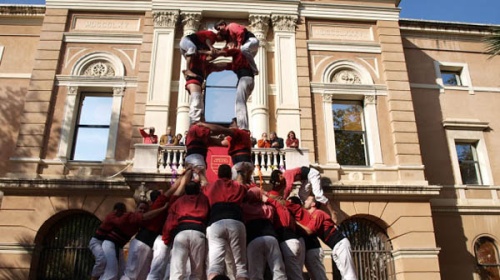 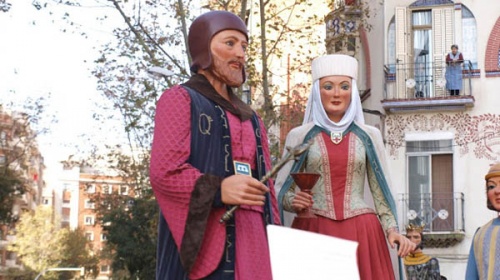 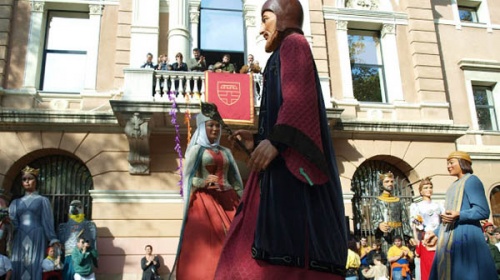 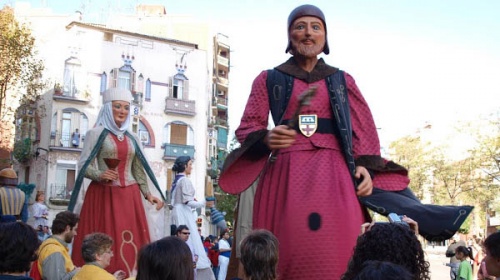 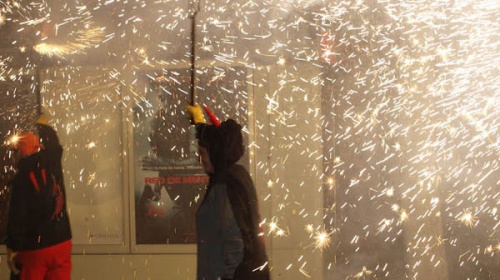 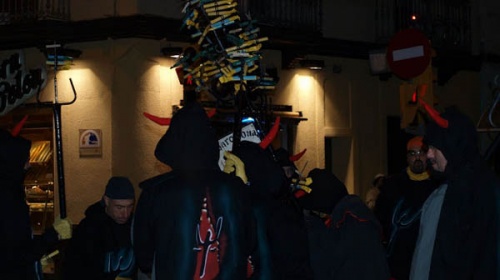 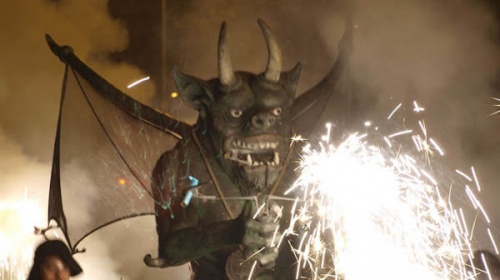 The Colla de Diables del Clot devils' group is one of the oldest in the city: it was set up in 1977 thanks to a group of young people who wanted to recover traditional Catalan culture. They "burnt" for the first time in the year of their founding in the neighbourhood's festa major, which was the first time it had been organised by the residents' association. At first, they were linked to the Centre Excursionista Sant Martí, but since 1980 they have been part of the Orfeó Martinenc.

Matí de festa major. The giants association from Clot, the Gegants de Sant Josep de Calassanç, along with the gegants of guest groups, parade through the neighbourhood streets on the Sunday of the festa major. This cercavila procession stops in Plaça de Valentí Almirall, where the proclamation is read and the members of the Ball de Bastons del Clot give a stick dancing exhibition.

Jornada castellera. The Castellers de Barcelona is a human tower-building group that performs all over the city, but which practices in Clot, and so maintains a special link with the neighbourhood. For this reason, on the Sunday of the festa major they organise a small jornada castellera, a human tower meet, which always includes top-ranked groups.

Ball de rams. In the afternoon of Sant Martí's feast day, once the Esbart Sant Martí dance group has finished its main job, it is responsible for dancing the ball de rams, the bouquet dance, in the square in front of the parish church. Unlike other balls de rams in the city, this is not open to everyone, but instead is danced by all the sections of the dance group.

Correfoc. The events of the festa major are brought to a close by the correfoc organised by the devils' group the Diables del Clot. It normally takes place in the evening of the last Sunday. Everything begins with a tabalada, a drum exhibition, followed by the correfoc at sunset. When the procession finally finishes, satirical verses, versots, are read out.

The Orfeó Martinenc choir was set up in 1910 by a group of teachers who wanted to create a choir school. As the number of singers grew, the choir became more rooted in Clot, and at the same time, little by little, its activities began to diversify. Today it is a municipal centre integrated into the Xarxa de Cases de la Festa and has fourteen sections, including singing, music, dance, and theatre, as well as festive imagery and fire groups.