The weekend closest to 23 March, in the Pi neighbourhood

It is a brief but lively festival, packed with popular culture and activities that appeal to all ages. Most involve the Gegants del Pi, some of the oldest giants in Catalonia: the first reference to Mustafa and Elisenda dates back to 1601 and, in the case of Oriol and Laia, to 1780.

For three days there are re-enactments of the legend of the saint and the robberies carried out by the Catalan highwayman Perot Rocaguinarda, who lived in the neighbourhood and left his mark there. Other highlights include a couple of musical processions, the evening cercavila led by the Gegants and Gegantons del Pi and the cercavila dels Oriols. Above all there is the trobada de gegants, capgrossos i bestiari , a gathering and final dance by these giants, big heads and beasts that brings a whole weekend of celebrations to a close.

The festival pays tribute to Sant Josep Oriol, who was born and lived in Ciutat Vella in the second half of the 17th century. This saint, much worshipped in the neighbourhood, was noted for his devotion to the sick and the poor, as well as for being very austere, to the point where he earned the nickname Doctor Pa i Aigua (Dr Bread and Water).

The Festa de Sant Josep Oriol has been held since 1995, when the Associació d’Amics dels Gegants del Pi, together with the neighbourhood's residents and traders, decided to remember the saint with a series of acts around his feast day. 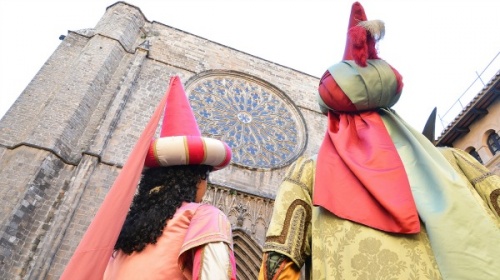 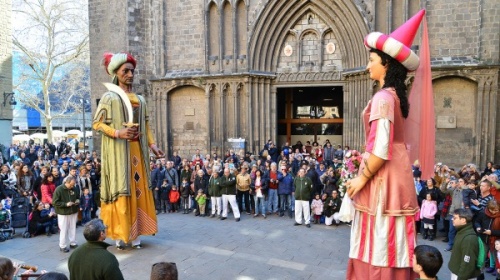 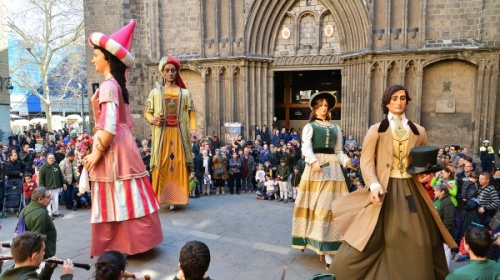 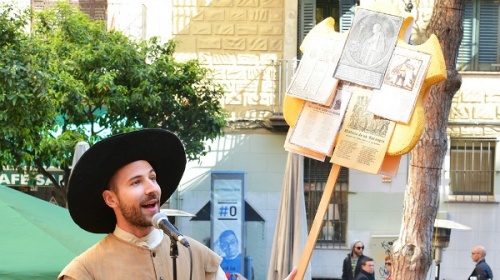 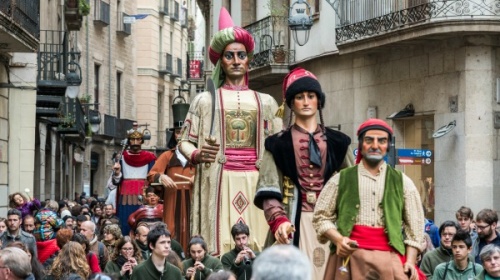 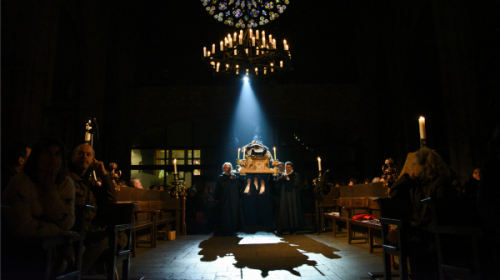 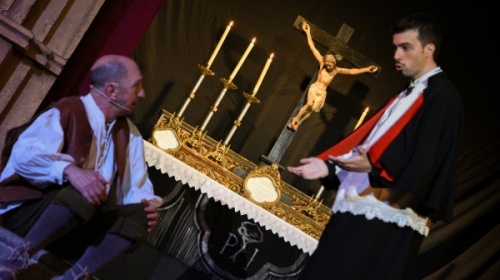 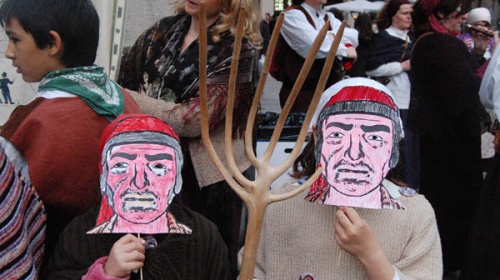 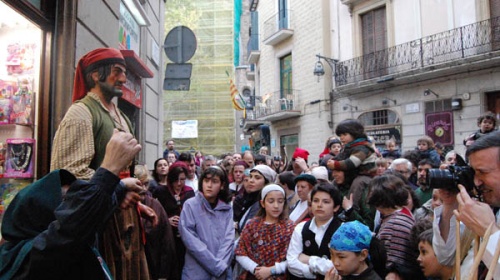 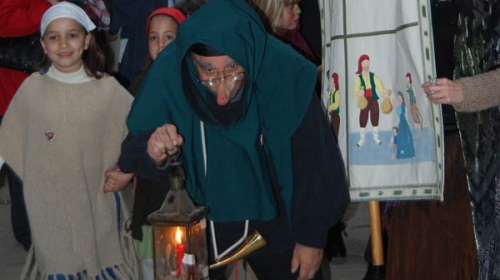 In 2010, to mark the 25th anniversary of the recovery of the Gegants and Gegantons del Pi, and after 25 years of only showing copies, the organisers wanted to take the original figures out onto the streets. Since then the old giants, Mustafà and Elisenda, have appeared once a year to open the festival with a dance in the square. After that, the original small giants, Oriol and Laia, lead a cercavila round the neighbourhood's alleyways.

Pregó i remembrança del Miracle de les Monedes. The start of the festival includes and opening speech, the pregó, and the story of the miracle attributed to the saint, according to which he kept cutting pieces of radish that turned into coins. This ends with chocolate coins being handed out to the public.

Cercavila dels Oriols. Ciutat Vella's male giants gather on Saturday morning for a cercavila round the neighbourhood streets to Plaça de Sant Josep Oriol, where they offer flowers to the saint.

Atracaments de Perot lo Lladre. The gegantó, or small giant, that represents the neighbourhood's most popular bandit, accompanied by his retinue of musicians and townsfolk, goes round the streets, entering shops and stealing chocolate coins to hand out to the members of the public taking part in this activity.

Trobada de Gegants de Sant Josep Oriol. On Sunday morning the gegants hosting this gathering invite their friends from the Ciutat Vella district, Barcelona and across Catalonia to take part in a cercavila round the Barri Gòtic streets that ends in Plaça de Sant Josep Oriol, where the giant dances mark the end of the festival.

On the Saturday prior to the festival, Santa Maria del Pi stages the Retaule de Sant Josep Oriol, a nineteenth-century theatrical performance that explains the saint's life. Around a hundred people, including actors and musicians, dress up in period costume to show the watching public the life, miracles, burial and death of Sant Josep Oriol, who was the parish priest.