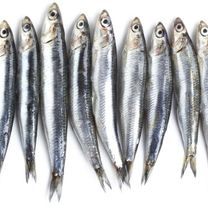 The sardine is an oily fish which, due to its organoleptic and nutritional properties, is used in one of the more cryptic carnival rituals; one which involves a certain degree of interpretative complexity: the burial of the sardine. This joke is one of the ceremonies that marks the end, or death of Carnival.

A flashily dressed sardine, attached to a fishing rod that is buried after a group meal, is open to various interpretations. Some people think it has a sexual meaning and that the fish signifies the male genitalia, and it  alludes to abstinence from sexual practices during Lent.

Formerly, this custom did not involve a fish, but used a pig carcass, which once cut open acquires the shape of a giant sardine and is also known as a sardina. In this case, the fat was buried, the easy living and excesses, to start the lean period of Lent.

It seems that the tradition, very much established in the peninsula, did not reach Catalonia until the mid 19th century, when it took root in urban environments. In Barcelona, the public parks are favourite spots for this practice, and processions of schoolchildren go there to eat their afternoon snacks, bury the sardine and say good-bye and see you next year to Carnival.