It has long been a tradition on 28 December, Holy Innocents' Day (Dia dels Sants Innocents) to play practical jokes (innocentades) on family, friends and acquaintances. Jokes with no malice intended, that are only accepted on a day like this.

The most common joke is to put a paper doll (llufa) on someone's back, especially children, without them noticing. But there are also people who make telephone calls warning of non-existent disasters, let off stink bombs in public places or pour detergent into fountains in streets and squares. Even the media, especially the newspapers, play the odd practical joke that readers hope to find, while the boom in social media networks has given these April fool-style jokes a new lease of life.

Holy Innocents Day is celebrated on 28 December because that is the day when the Christian churches remember the children who died at the hands of King Herod, the first victims of Christianity (see origins).

The relationship between the jokes played on this day and the story of the children is based on the tricks their parents had to play to protect them and keep them away from the men Herod had sent after them.

The celebration has different origins. There is a pagan side to it, linked to the festivals the Romans dedicated to Saturn: the Saturnalia. Slaves had more freedom on those days, so they could play all kinds of jokes. Generally speaking it is one of a number of winter festivals of subversion and transgression that begin with the Feast of St Nicholas and end with Carnival.

The Christian element is the biblical story of the suffering and death of innocent people. More specifically, it recalls the day when King Herod ordered all children under the age of two to be slain to rid himself of Jesus. Folk culture has changed this macabre part of the story and turned into "innocents" all those ingenuous people who walk around with a paper doll stuck on their back without noticing, and those who fall for all the tall stories that are told on 28 December. 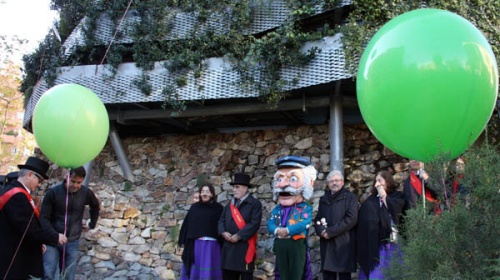 Llufes are ethereal spirits, beings that consist of air and wind, like imps and fairies. It is believed they are everywhere at the end of the year, silent and mischievous, mocking people who very naive, scoffing at them and annoying them. That's why we call the paper doll stuck on someone's back on Holy Innocents' Day a llufa.