On the eve of Three Kings Day (Epiphany)

On the evening of 5 January, Barcelona organises a big welcome for the Kings of the Orient, who set off on a big parade through the city's streets, followed by a long procession of royal pages, floats and groups of artists, dancers, postmen and others formed by members of any Barcelona associations and organisations that wish to take part.

Since the 1960s the Three Kings have arrived by sea and been welcomed at the quayside by the Mayor, who gives them the key to the city, just for one night, so they can open the doors to all the houses in Barcelona.

In fact, boys and girls across the country really look forward to the parades that every town holds on this evening, and they hope Their Majesties won't forget to pass by their house and leave the presents they have asked for.

The Three Kings festival is celebrated on 6 January, the date it is believed that Wise Men from the East, astrologers, reached Bethlehem to worship the infant Jesus and offer him gifts of gold, frankincense and myrrh. That explains why presents are still the main element in the celebration today.

It wasn't until the end of the 7th century that number of kings became three – Melchior, Caspar and Balthazar – with each one from a particular place: Europe, Asia and Africa, the three known continents. Some medieval interpretations also depicted them in the three stages of Man: wisdom, maturity and youth.

We can trace the first representations of the Three Kings in Barcelona to the Corpus Christi processions of the 14th century, in a reference to the epiphany. The first cavalcades date from the end of the 18th century, after which they took place intermittently until the start of the 20th century.

During the first third of the last century, the cavalcade was organised for charity and had its ups and downs until it was interrupted by the Civil War (1936-39). On the initiative of the City Council, it was started up again in 1942 and has been held ever since. Gradually it has taken the shape it has today, with certain characteristics and characters that make it unique. 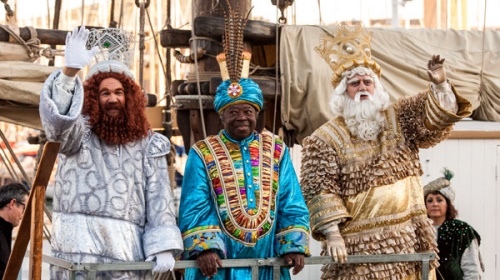 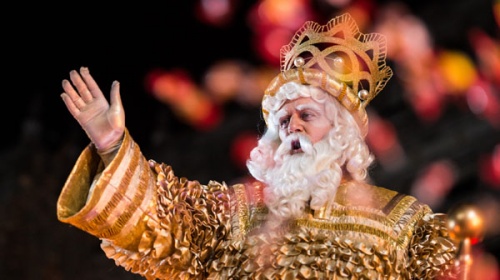 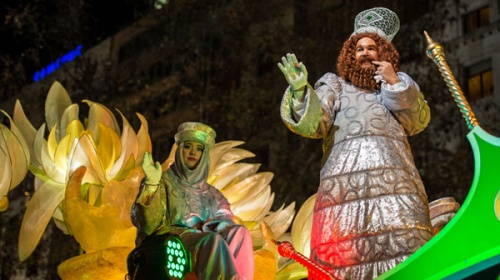 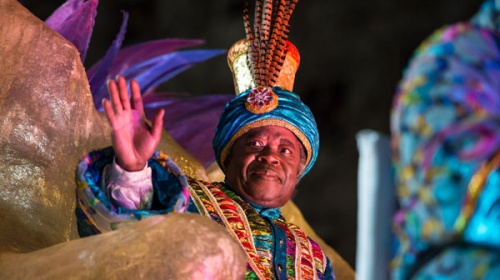 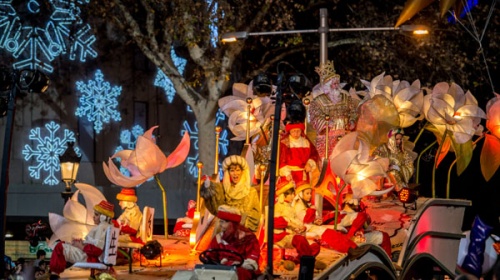 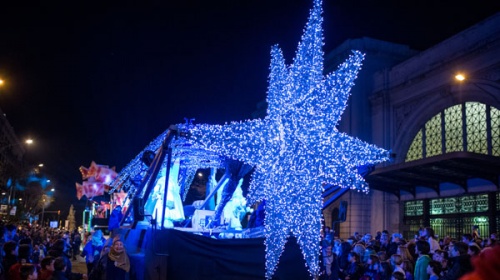 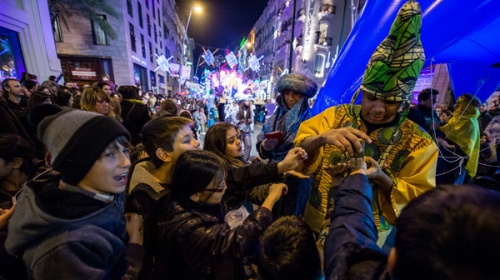 When the Kings arrive in Barcelona, the Mayor gives them bread and salt as a symbol of hospitality. He also gives them the key to the city, which is one of the greatest honours a guest can receive. What's more, this is a magic key that gives the Kings access to all the homes in the city for one night, so they can let themselves in and leave the presents they have brought.

The royal welcome. The Three Kings of the Orient arrive in Barcelona by sea, in recent years on board the schooner Santa Eulàlia. The Mayor is waiting for them when they dock at the Moll de la Fusta, to give them the key to the city.

The cavalcade. The parade of floats led by the Kings sets off at about 6 pm from Ciutadella Park and covers five kilometres of broad city-centre streets, where lots of boys and girls have been anxiously waiting to see it close up and not miss anything.

Gregori is a unique imaginary Barcelona character who accompanies the Three Kings and never misses a cavalcade. Along with the other royal page Estel, he is the Kings' most powerful assistant, with very big eyes and a finely tuned ear, so he can see and hear everything children do throughout the year and know if they have been good or not. The two pages tell the Kings about their behaviour, so they know whether to bring the presents the children have asked for or coal, if they have been naughty.