Around the Feast of St Anthony

The main event of the Tres Tombs de Sant Andreu de Palomar festival is a musical parade of animals, either being ridden or pulling carts and coaches round the neighbourhood's central streets and squares. The horses and other animals are blessed halfway round, in front of the church in Plaça d’Orfila. It is in the form of a procession, with a start and a finish, but the tres tombs (three laps) of these central streets still take place.

The cavalcade is held on the Saturday closest to St Anthony's feast day, 17th January.

The festival is held in honour of St Anthony who, according to tradition, is the patron saint of animals used for working in the fields. He is also the patron saint of the carters' guilds, so traditional Tres Tombs festivals, in which the horses are blessed and cavalcades take pride of place, are held all over the country.

Legend has it that the saint died on 17th January, so that is the day we pay tribute to him.

The Tres Tombs festival, in honour of Sant Antoni, is deeply rooted in Barcelona. In fact, it stretches back over 150 years. In the case of Sant Andreu, parades and animal blessings have been held since time immemorial, because it is an area with a very strong agricultural past.

At first there was nothing strange about these outings with horses and donkeys, because they were an ever-present feature of daily life in the city. They have long since disappeared from the streets but the festival is still held as a tribute to the animals that were Barcelona's economic and social driving force for such a long time. 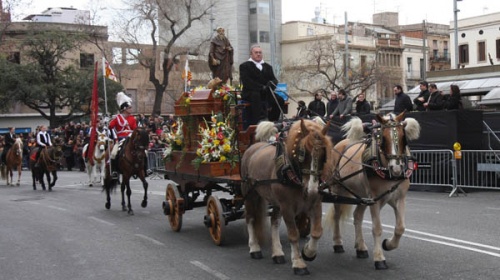 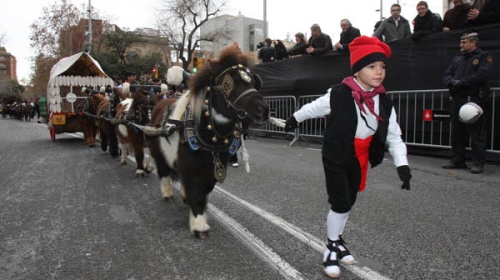 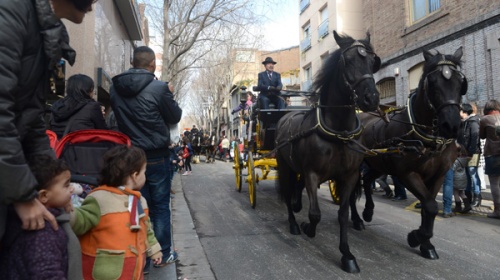 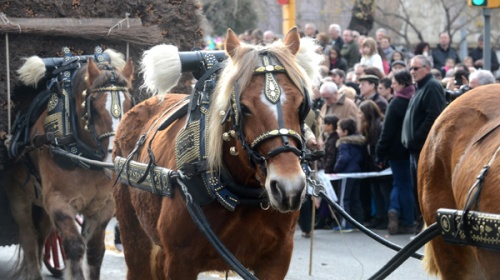 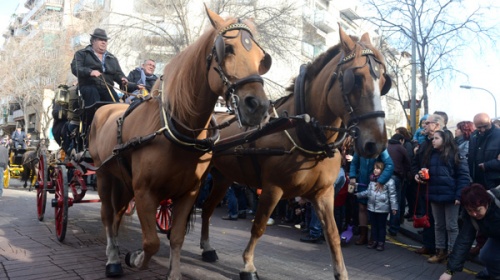 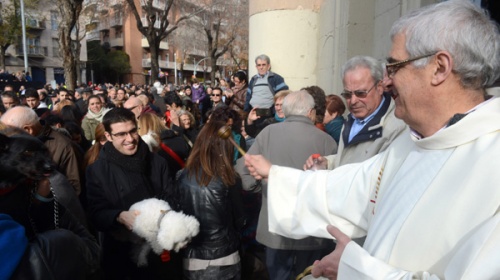 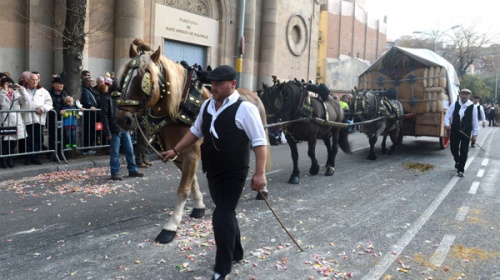 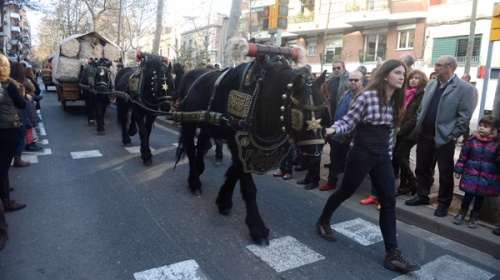 The cavalcade. This procession brings together riders, coaches, carts, horses and donkeys which then set off for Plaça d’Orfila, where the animals are blessed and the tres tombs that give their name to the festival begin. Once these three laps have been completed, the procession carries on towards the finish.

Participants include the Guàrdia Urbana lancers, music bands, a St Anthony , a group of horsemen and women, the standard bearer and the head of the standard corps, rope makers, racing carts, farmer's wagons, and various other kinds of carriages.

Blessing of the animals and the tres tombs. The climax of the cavalcade is at midday, when the procession congregates in Plaça d’Orfila and the priest blesses the animals that have taken part, along with many family pets, especially dogs, that the locals bring along precisely for that purpose. The square is also the starting point for the three laps of the streets in the heart of the old town, after which they continue on towards the finish.