Every year they join forces with the neighbourhood residents' association to organise the festa major. And sometimes they go outside Barcelona too. For example, they have taken part in correfocs in Estartit, Blanes and Vilassar de Dalt. In 2006 they performed in the event organised by the Comediants for Barceloneta's 250th anniversary celebrations.

These days they do not have their own timbalers' group but they used to. Later that was replaced by another group of drummers who set up Batukada Batek.

As Esquerre Infernal do not have their own premises, they have to hold indoor events in Montbau, a neighbourhood they have established a very good relationship with. That has led to them taking part in Montbau's festa major. 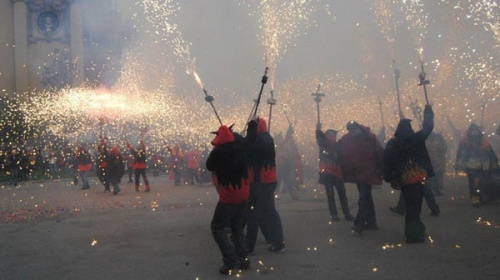