The story of the Diables del Clot starts in 1977, when the neighbourhood held its first popular festival, which reflected a return to traditional Catalan culture. It was a time of restoring the country's identity, after forty years of dictatorship.

Although at first they had been offered space by the Centre Excursionista de Sant Martí, in 1980 they joined the Orfeó Martinenc's cultural section and moved to the Orfeó's centre.

The Diables del Clot are accompanied by the Tabalers del Clot, who offer a full range of rhythms. They have a variety of drums and this produces a very rich sound that is just right for the devils' dance and those members of the public brave enough to dance under their sparks.

The diables take part in the El Clot's festa major, as well as the city's annual festival, and they organise the neighbourhood's Midsummer's Eve celebrations, the Sant Joan revetlla. They are also actively involved in the activities of the Orfeó Martinenc. For example, they take part in the neighbourhood's Spring Festival, they help the NGO Sant Martí amb el Sàhara every year, they join in the carnival procession and they take part in correfocs all over Catalonia. 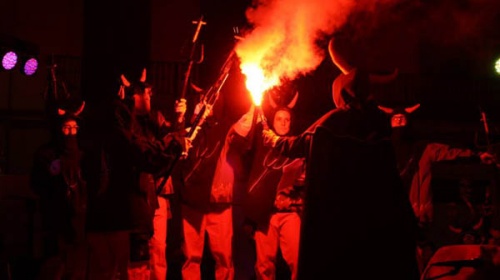 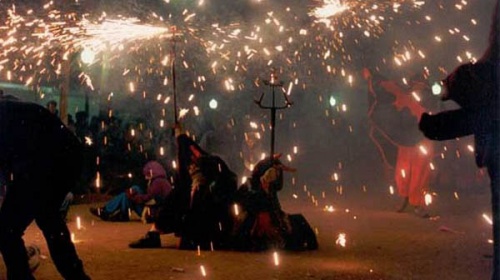