The Can Baró festival in 2002 saw the birth of the Fures de Can Baró. This colla de diables was set up by members of other devil groups in the city, thanks to the efforts of the local scout group. They organised a diable workshop and this gave rise to the new colla, which had the support of the neighbourhood residents' association. Straightaway the diables took charge of organising the correfoc at the annual festival and joined the Coordinadora d'Entitats de Can Baró, the association coordinating committee.

Between 2006 and 2008, they were responsible for Farfolla, a fire beast belonging to the Sagrada Família neighbourhood that is based on a Gaudí figure, which had not seen the light for many years. In 2009 they took part in the correfoc at the Sagrada Família annual festival, where they were the godparents at the baptism of a new colla, the Bestialots Espurnats.

The Trons del Baró is the percussion group that accompanies the diables and their children's section, who usually take part in the correfoc infantil of the Santa Eulàlia and La Mercè festivals, as well as that of Can Baró.

The colla also takes part in other correfocs around Barcelona, in La Sagrera, for example, as well as in devil gatherings and fire runs in places like Cornellà, El Masnou and La Palma de Cervelló. In 2012 they appeared at the 1st Festa de la Cultura Popular del Foc in Barcelona. 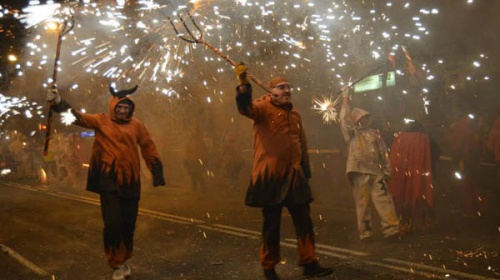 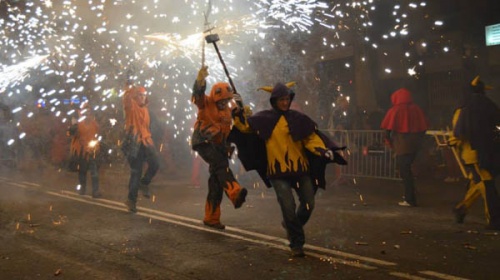