The Grup de Foc de la Guineueta is a devil group set up in the Nou Barris district in 1989. It has always been part of the Casal de Joves de la Guineueta and, through this youth centre, it plays an active role in the social and cultural life of the Guineueta neighbourhood.

Since 1996, the Guineueta devils have had their own dragon, Meri, which weighs nearly a hundred kilos and breathes fire from its mouth. Meri was built by a women's workshop at the Torre Llobeta civic centre. For their street performances the devils have a musical section called Tocanassos to accompany them, a percussion group who play the traditional fire festival melodies.

Black and purple are the colours that identify the group, who appear every year in the correfoc fire run at the neighbourhood's annual festa major. When they are invited, they take part in exhibitions round the city and elsewhere too. And apart from the fire festivals, they organise the Meri Parade, an electronic music festival, plus the Tocanassos Party, a night of live music. 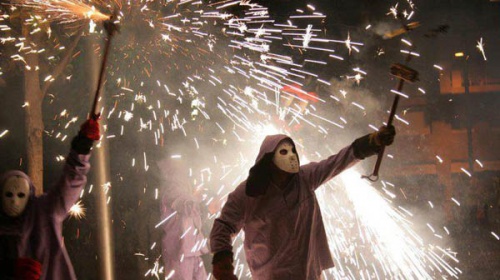 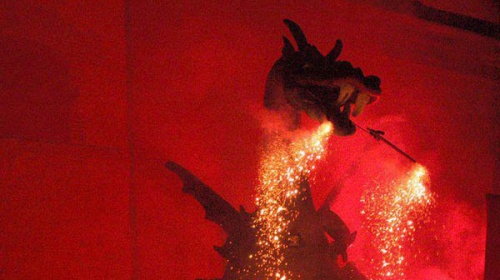