Today's Grup de Foc de Nou Barris was set up in 1981 as the Colla de Diables de Nou Barris, a devil group dedicated to promoting and spreading traditional fire festivals. The Fire Group is a non-profit association based at the Ateneu Popular de Nou Barris.

The Banyuts de Nou Barris are the members of the children's section of the colla de diables. Another section, La Perku, provides the percussion and they also have a children's group, called La Nostra Perku.

Baró is one of the association's fire beasts and he was joined in 2005 by another dragon called Trini. The members regard her as the daughter of Baró and Mari, the dragon belonging to the Guineueta neighbourhood.

The Grup de Foc is very active in the festive life of the district. They take part in nearly all the festive events including the main annual festival (the Nou Barris festa major), the annual culture festival (La Cultura va de Festa), and the Festival de Foc de Nou Barris, a fire festival known as Trinitàrium that the group devised for the Trinitat Nova festival. It is also common to see them perform outside the district. Every year they take part in the La Mercè correfoc as well as the fire spectaculars of various Barcelona neighbourhoods and other towns and cities round Catalonia. One of their highlights was their performance at the closing ceremony of the Barcelona Olympics in 1992. The group has received a number of awards, including the Barcelona Medal of Honour in 2005. 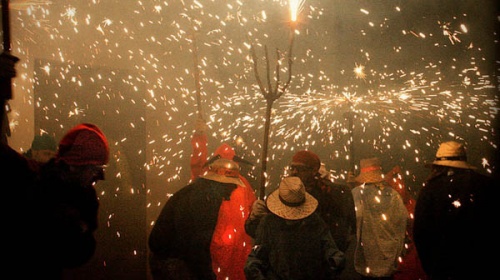 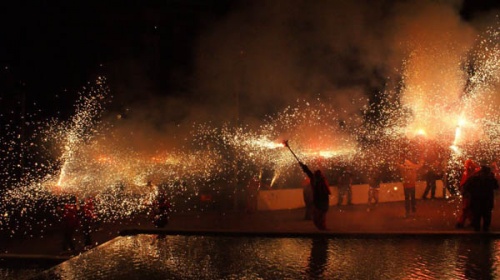