Thursday, Friday and Saturday of the last weekend in January.

The Sant Antoni bonfire festival held in Gràcia is actually a Majorcan tradition that has been brought to this Barcelona neighbourhood. It consists mainly of some exhibitions of popular culture from the Principality and Mallorca performed, for example, by capgrossos, xeremiers, castellers and diables – groups of big-headed figures, pipers, human-tower builders and firework-toting devils. Even though this tradition has been imported, it is now firmly established in the Gràcia neighbourhood and local people treat it as their own.

Three days of events and activities kick off on Thursday evening at the Centre Artesà Tradicionàrius with Majorcan folk songs and a chance to taste some of the typical food you can eat on the island. On Friday the centre holds a dance and concert with groups from Mallorca as a warm-up for the celebrations the following day. Because on Saturday evening there is a big cercavila and correfoc – a musical procession and "fire run" – staged by popular culture groups from sa Pobla and Gràcia, plus the odd guest sometimes. This procession is accompanied by representatives of the authorities and the festival organisers from the district town hall to Plaça de la Virreina, where they light a big bonfire for a night of fire-roasted sausages, folk dances and folk songs with a Majorcan label.

The festival is held in honour of St Anthony who, according to tradition, is the patron saint of animals, especially hoofed animals. Legend has it that he was a great friend of animals and, when he saw one that was injured, he took care of it.

The Feast of St Anthony is held on 17 January, the day he died. However, the Mallorca festival is copied in Gràcia on the last weekend in January, because the popular culture groups from sa Pobla – the caparrots, the dimonis d’Albopàs and the xeremiers  (pipers) – can come over then.

Antoni Torrens, a sa Pobla resident who received the Barcelona Medal of Honour in 1997, suggested building a bonfire like those in Mallorca in Plaça de Diamant in 1992 so his sons, who were studying in Barcelona, could enjoy this revetlla mallorquina, a festival-eve celebration from the island.

Since then, more streets have joined in each year with their own bonfires, more of the local popular culture groups have got involved and the festival has developed into what it is today. 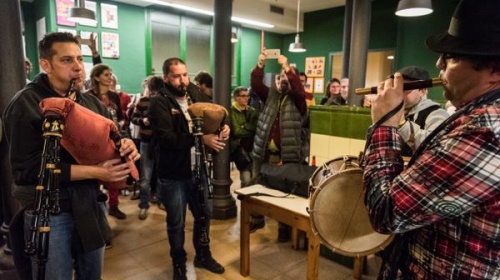 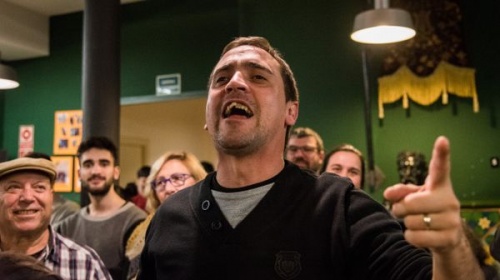 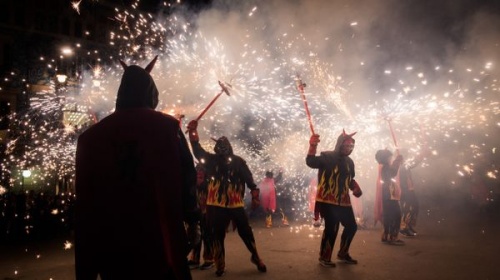 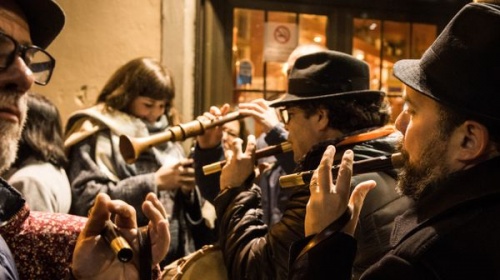 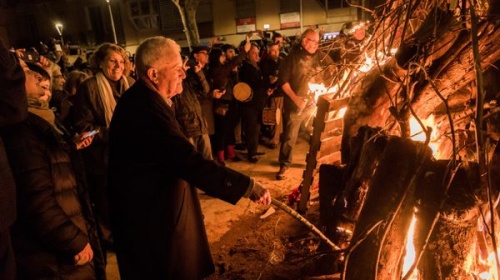 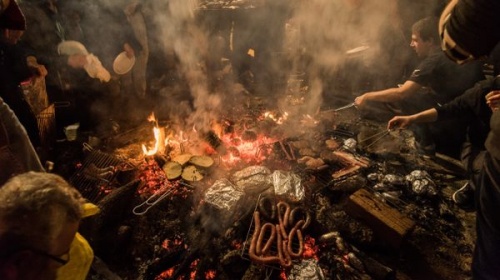 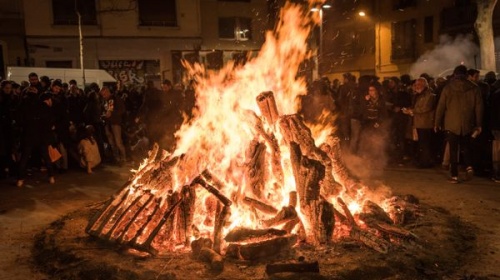 Folk singing and food tasting from the Balearics. The Centre Artesà Tradicionàrius is heavily involved in the festival and on the Thursday evening holds a Majorcan food tasting session with sobrassada (Balearic pork sausage), botifarró (black pudding), olive oil biscuits, sweet herbs, etc., and a glosada with folk singers from Mallorca and all the Catalan-speaking lands making up songs on topical issues often suggested by the audience.

Concert and Majorcan dance. On Friday evening there is a concert and dance at the Centre Artesà Tradicionàrius with groups performing traditional island folk music.

Festival procession and lighting the bonfires. Saturday is the big day, with a cercavila and correfoc involving folk groups from sa Pobla and Gràcia. This musical procession with dancing, firework-flaring devils is accompanied by Council representatives to Plaça de la Virreina, where they light the big bonfires while the singers, simbombes and xeremies  (friction drums and bagpipes) provide the folk music, the tonada de Sant Antoni. The participating groups then introduce themselves to the sound of the "Timbagrallers", the theme tune of the local folk groups, the Colles de Cultura Popular de Gràcia.

While this is going on, the streets and squares that have joined in the festival over the years light their fires and toast the typical Sant Antoni pork and sausages: llom, llonganissa and botifarrons.