The bith of the Congregació Diabòlica del Congrés can be traced back to November 2011, when a group of young people in the neighbourhood who were interested in promoting traditional Catalan culture had the idea of forming a group that could do that. They already belonged to groups linked to festival events, as well as the Diables i Tabalers del Poble-sec and the Diables de la Sagrera. And so it was that, the following year, the Congregació Diabòlica del Congrés first appeared in the Toc d'Inici, the dance that starts the La Mercè festivities, during which they also took part in their first correfoc fire run.

The colla then took advantage of the Congrés neighbourhood festival in 2012 to organise the correfoc of their official baptism, with the Diables del Poble-sec and the Diables del Clot as witnesses. Since they were set up, they have taken part in a wide variety of events in the Congrés neighbourhood, apart from the correfocs and the firework displays, with the aim of boosting its social and cultural life. 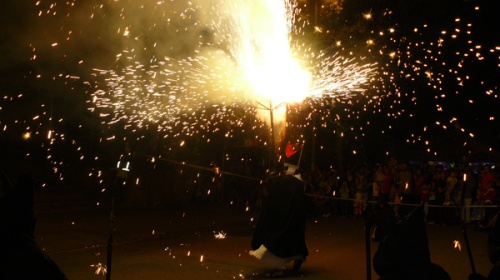 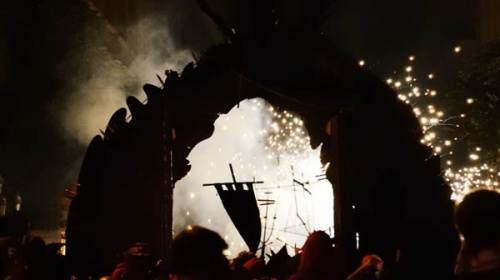