The Diables de la Sagrera have been working to spread popular and traditional fire culture since 1982. Their performances include devils, witches, fire beasts and percussionists. In 1984, the colla added the Drac Volador to their number. This Flying Dragon had made its debut during the La Mercè festivities earlier that year. Made out of fibreglass and cloth, it is like a Chinese dragon and has four fire points for fireworks. The original has been on display in Romania since the Diables de la Sagrera did an exhibition there. The replica the group use now, like the original, is carried in the air by four people, which makes it unique.

The other fire beast belonging to the Diables de la Sagrera is Sagresaure, the first Catalan fire figure in the form of a dinosaur. It was built in 1992 out of fibreglass, spits out water and has 18 points for fireworks on its body. The Drac de Gràcia was Sagresaure's godfather at its baptism, a role Sagresaure played when the Bretolàs de Sant Andreu del Palomar and the children's dragon, the Drac Infantil de la Sagrera, were christened. Like the Drac Volador, it is one of the stars of the La Sagrera's annual festa major.

The Sagrera colla has several sections, including the Diablons, children who do correfocs on their own or accompanied by other groups, mainly from the city. Another is Sagre Samba, the percussion group that has been putting the music to their performance since 2006. They play the traditional correfocbeat, sometimes fused with samba, reggae and funk. The result of this cocktail is the Samba-fire-fusion. Aside from appearing in the correfoc fire runs, Sagre Samba perform on their own at a whole number for festivals. 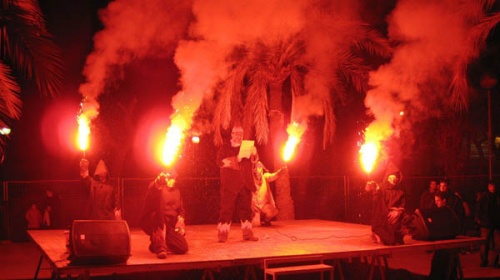 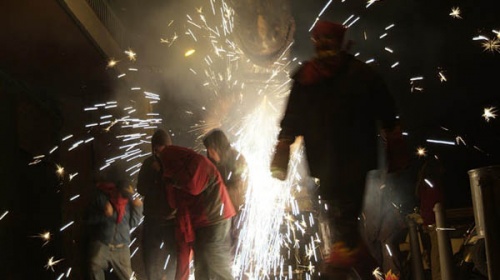