Barcelona City Council is launching a new call for applications for grants for scientific research projects with the aim of consolidating the city as a benchmark in the field of science, both nationally and internationally, as well as strengthening and providing opportunities for young and emerging scientists in the city, so that they can develop their professional careers in Barcelona.

This is the result of the Barcelona Science Plan 2020-23 and the strategy signed between Barcelona City Council and the Spanish government, which aims to position Barcelona as the cultural and scientific capital of Spain.

From this collaboration comes the Call for grants for young and emerging research projects 2022, a call to the local research ecosystem, with special emphasis on the young and emerging sector, to investigate solutions to the challenges facing the city of Barcelona, contributing to:

On Tuesday 12th July, an informative session was held in which the keys to this call for applications were explained and the doubts of those attending were answered. From this link, you can download the presentation of the session. 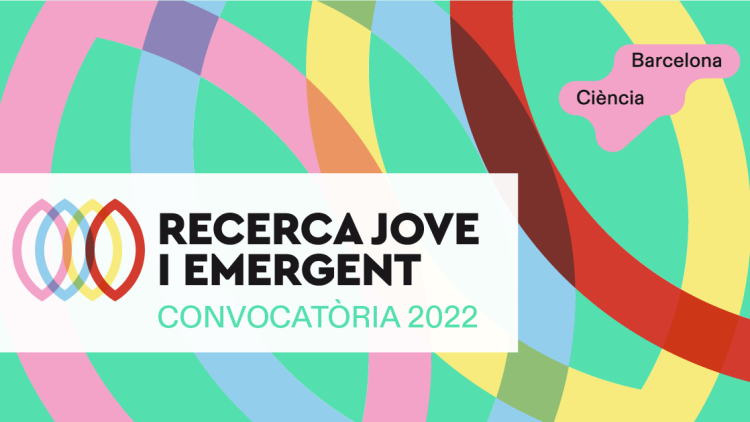 Status of the call for proposals

In accordance with the provisions of the fourth base of the regulatory bases, it is compulsory to complete and submit the application through the Barcelona City Council procedures portal (procedure available when the application period opens; more information on the City Council Grants portal).

The following may apply for this call:

Legal entities must have their registered office or tax domicile in the municipality of Barcelona or in its metropolitan region. In the case of natural persons, this requirement does not apply.

The deadline for applications is from 3rd August to 12th September, both inclusive.

The term "science" or "scientific" is understood to refer to all branches of knowledge, ranging from the natural, theoretical and experimental sciences to the arts and humanities, social sciences and engineering. From this point of view, projects should be based on the search for challenges that fall into one of these three thematic areas, and address one of the seven specific challenges:

Grants have a maximum amount of 60,000 euros per project. If selected, the projects will be financed in the totality of the amount requested, respecting the above-mentioned limit, and subject to the existence of adequate and sufficient credit.

Eligible costs are considered to be those that undoubtedly correspond to the nature of the eligible activity and are incurred during the period of implementation of the project. As indicated in the seventh base, in the case of audit costs, as well as, exceptionally, other duly justified costs, they may be charged after the end of the project.

Eligible indirect costs (may not exceed 18% of the total expenditure foreseen in the budget):

In addition, this call allows the subcontracting of subsidised activities by beneficiaries up to a maximum of 50% of the amount of the grant.

The following are not eligible

The application for the 2021 call consists of the following documentation to be submitted:

*In case of failure to submit any of the Basic Documents within the deadline for submission, the application will be rejected.

The respective annexes will be made available to applicants once the call for applications is opened, at the electronic office of the City Council.

The projects will be evaluated by external national and international experts in the fields covered by the call, according to the following three criteria, each of which will be evaluated from 0 to 10 and will have a different weight in the final assessment: the scientific and technical quality (35%), the implementation capacity (35%) and the social impact of the projects (30%).

In order to be awarded, the projects will have to obtain, in the total sum, a minimum of 6 points out of 10. In addition, if this is fulfilled, up to 0.25 additional points can be obtained, as a result of the following characteristics of the projects:

This evaluation will be sent to the Evaluation Commission, which will make the proposal of projects to be subsidised.

The Evaluation Commission is made up of the following members:

For the smooth running of the session, they will also form part of the committee, with the right to speak but not to vote:

In the event of being a beneficiary of the subsidy, the following documentation must be submitted within 10 working days of notification of the provisional decision:

The respective annexes will be made available to applicants once the call for applications is opened, at the electronic office of the City Council.

The results of the project must be disseminated through a dissemination article to be published and openly accessible through the municipal website, to be delivered within 3 months after the end of the project, together with a summary of the dissemination actions derived from the project. This article is complementary to the delivery of the final scientific-technical report.

Subsidised projects must be disseminated through the usual channels in the scientific field, as well as participating in public dissemination activities, on their own initiative or at the proposal of Barcelona City Council in the events it organises, such as the City and Science Biennial. Attendance at these events is compulsory for at least one member of the project, and forms part of the social return for obtaining the municipal grant.

In the scientific articles resulting from the research, as well as in the participation in any dissemination activity where the project is mentioned, it must be stated that "the project has been funded by Barcelona City Council and the Ministry of Science and Innovation in the framework of Barcelona Cultural and Scientific Capital".

The data resulting from the research will be made public, preferably using open science channels and/or via the Barcelona City Council website.

Approved grants will be published in the BOPB and on the City Council's Subsidies portal, the Barcelona City Council website and the Virtual Office.

In order to check your application, you will need the registration number and the procedure reference number.