Castells are human constructions in the form of towers, where each casteller stands on the shoulders of the one below. The height can vary from four to ten storeys. Each castell has a different name, depending on the composition of the tronc, the central structure, and the height. A four of eight, for example, would have four people in each storey and be eight storeys high.

While they originated in the Camp de Tarragona and we have evidence of them from the 18th century, everything points to their being a development from the Valencia dances or moixigangues .

These are good times for castells, which are reaching new heights and spreading. There are colles castelleres all round the country, as well as in North Catalonia (Roussillon), the Balearic Islands and even some experiences in Latin America.

Casteller performances are usually one of the highlights on local festival programmes, where different groups try to build their best towers. At some of these diades there is a strong competitive element that attracts the media, who send large TV crews to cover them. Tarragona's Tarraco Arena holds a biennial castell competition and this is now the top event for the leading colles.

The uniqueness and great heritage value of castells resulted in UNESCO including them in their Representative List of the Intangible Cultural Heritage of Humanity on 16 November, 2010, thus giving them a universal status.

We know that colles castelleres have existed in Barcelona since the end of the 19th century. The Xiquets de Gràcia took part in the Sant Fèlix feast day celebrations of 1907. Later, in 1958, the Cos de Castellers de Ballets de Catalunya were founded, only to be dissolved in 1963. This group is considered to be the predecessor of today's senior colla, the Castellers de Barcelona, founded in 1969.

There are now six colles de castells in the city, with a busy calendar of diades and places castelleres. Some of these squares have seen top-class performances. For example, during the La Mercè festivities, Plaça de Sant Jaume holds a diada castellera on the Sunday nearest to La Mercè and the diada de colles locals  on the Virgin's feast day itself, 24 September. 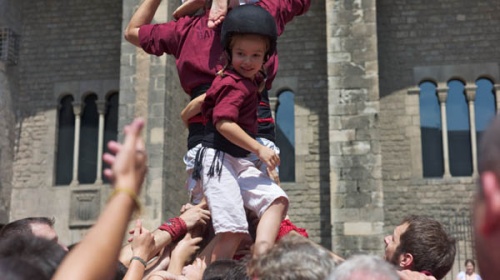 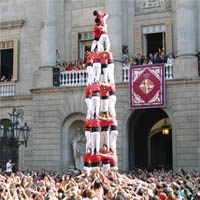 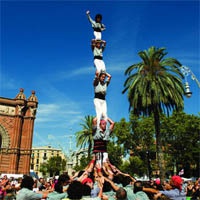 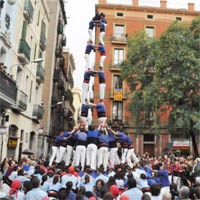 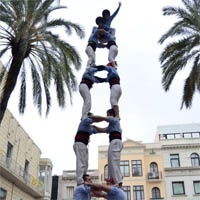 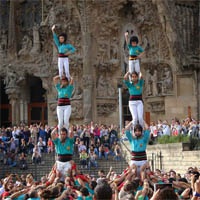 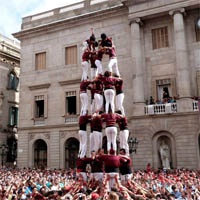 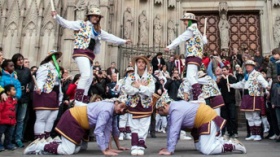 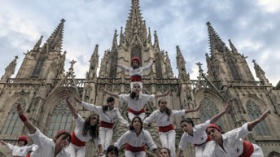 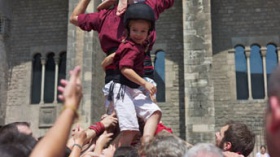