Get all the information you'll need for enjoying local commerce and discover the great range of initiatives in the city's districts. Tapas itineraries, visits to unique establishments, exhibition fairs, street shops and plenty more.

Find out about Barcelona’s wide range of sustainable food offers for boosting responsible consumption. Discover too the Citizen Commitment to Sustainability, signed by over sixty municipal trade organisations and professionals to promote sustainable consumption in the city. 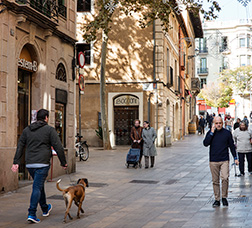 In Barcelona there are 22 shopping hubs that combine tradition, proximity and innovation, where you can stroll, shop, eat and enjoy leisure activities. Find your nearest shopping hub. 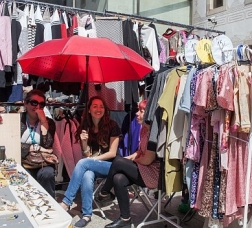 Discover the wide range of street markets and fairs that take place in Barcelona’s neighbourhoods. 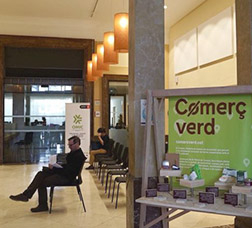 The Municipal Consumer Information Office (OMIC) is expanding its services and resources with the creation of its Responsible Consumption Space. 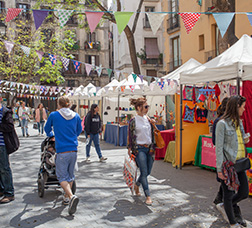 Find out the events relating to commerce in the city and check the business hours. 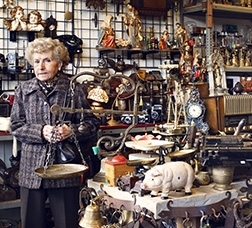 Want to buy or sell second hand goods? In Barcelona there are various markets where you can do so, like the Mercat Dominical de Sant Antoni book and video game fair, or the auctions at the Mercat dels Encants Barcelona - Fira de Bellcaire. 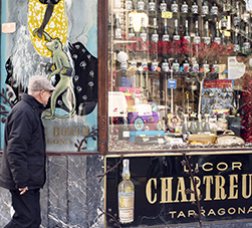 Barcelona has more than 32.000 shops spread among all its districts and neighbourhoods. Discover them. 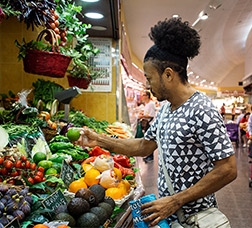 Want to know what else is on the Internet? We have compiled a collection of websites and blogs to help you make the most of the city.

Shop in Raval and build the neighbourhood! Look for what you need on the new commerce website.

Shop in Sant Pere i Santa Caterina and build the neighbourhood! Look for what you need on the new commerce website.

A pioneering figure whose goal is to help to establish a culture aimed at satisfying retailers and customers. (ES)

Consortium of Trades, Craft and Fashion of Catalonia. (CAT)

All the commercial areas on the city. (CAT)

Discover all the markets held in mainland Spain. (ES)

Suggestions on what to do in Barcelona.

The definitive list of where to shop in Barcelona.

Search engine for the city's shops that appear In the tourist guides.

List of places to shop divided into sections. (ES)

Municipal Office of Information to the Consumer.

View more
+Do you know any others? Make your suggestion!Terms of use